This park is a small triangle of river bank bordering Mill Lane and was originally called Milne Leys on the banks of the River Wharfe.

Manor Parade Gardens, or as it is more affectionately called ‘Tittybottle Park’, was acquired by the Council from Mrs Constable of the Manor House, Otley, in 1909. At the time, the purchase of the site was considered a frivolous use of council funds.

The gardens soon became a great hit with generations of mothers, babies and exotic perambulators, hence the name ‘Tittybottle Park’ which has stuck ever since.

It has always been a meeting place. In August 1911, a Mr Hugh Nicholson began regular gramophone music recitals to audiences of around 300 men, women and children. As his showmanship grew, he even conducted them from a boat being rowed up and down the river in front of the park.

The image below is of people standing, playing and skating on the frozen River Wharfe, taken roughly from Manor Parade Gardens (we think!) 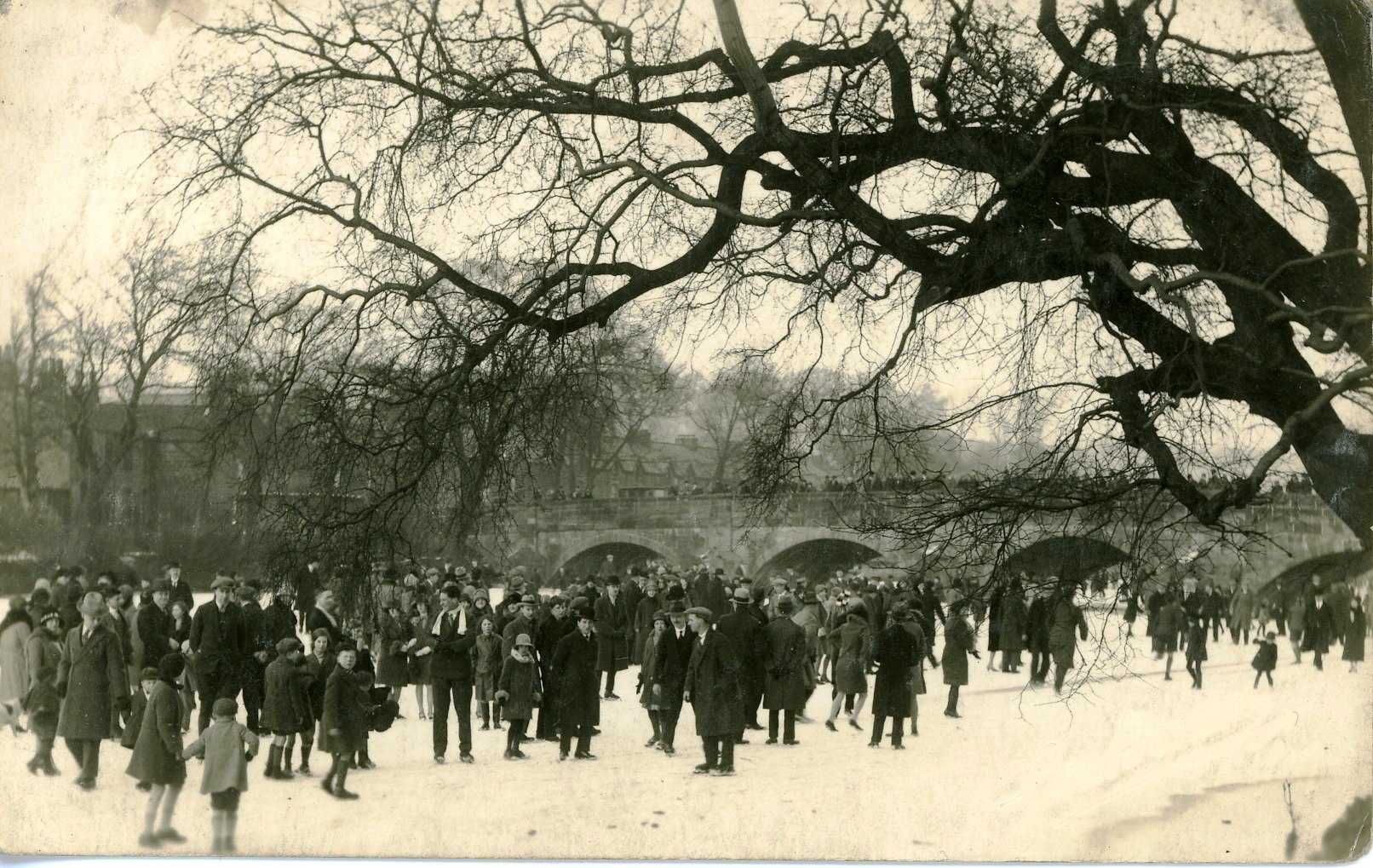