Penny arcade machines like the one below were a popular form of entertainment at seaside resorts. 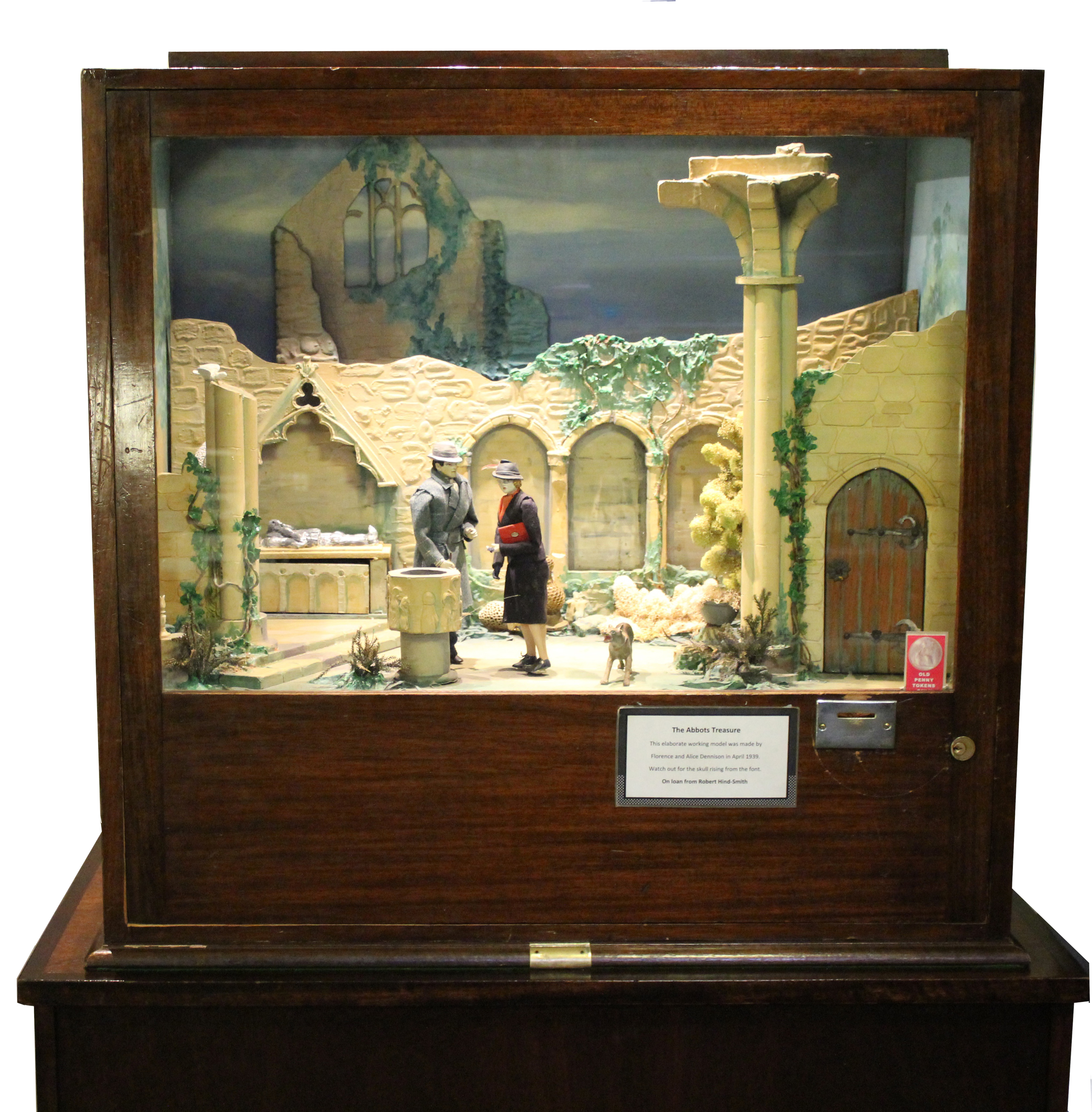 From the late 1800s, John Dennison of Leeds was busy using his skills making penny arcade machines for places as busy as Blackpool Tower. People could pay a penny and watch different clockwork models telling stories. He designed both the sets and the clockwork models himself, and became well known for his talents.

Sadly, John passed away in 1924, but his business continued thanks to the work of his three daughters – Alice, Eveline and Florence.

The Dennison Sisters: Engineers and Inventors