During the blackouts of the Second World War Catseyes became extremely popular, with orders coming into the small workshop of 40,000 per week. 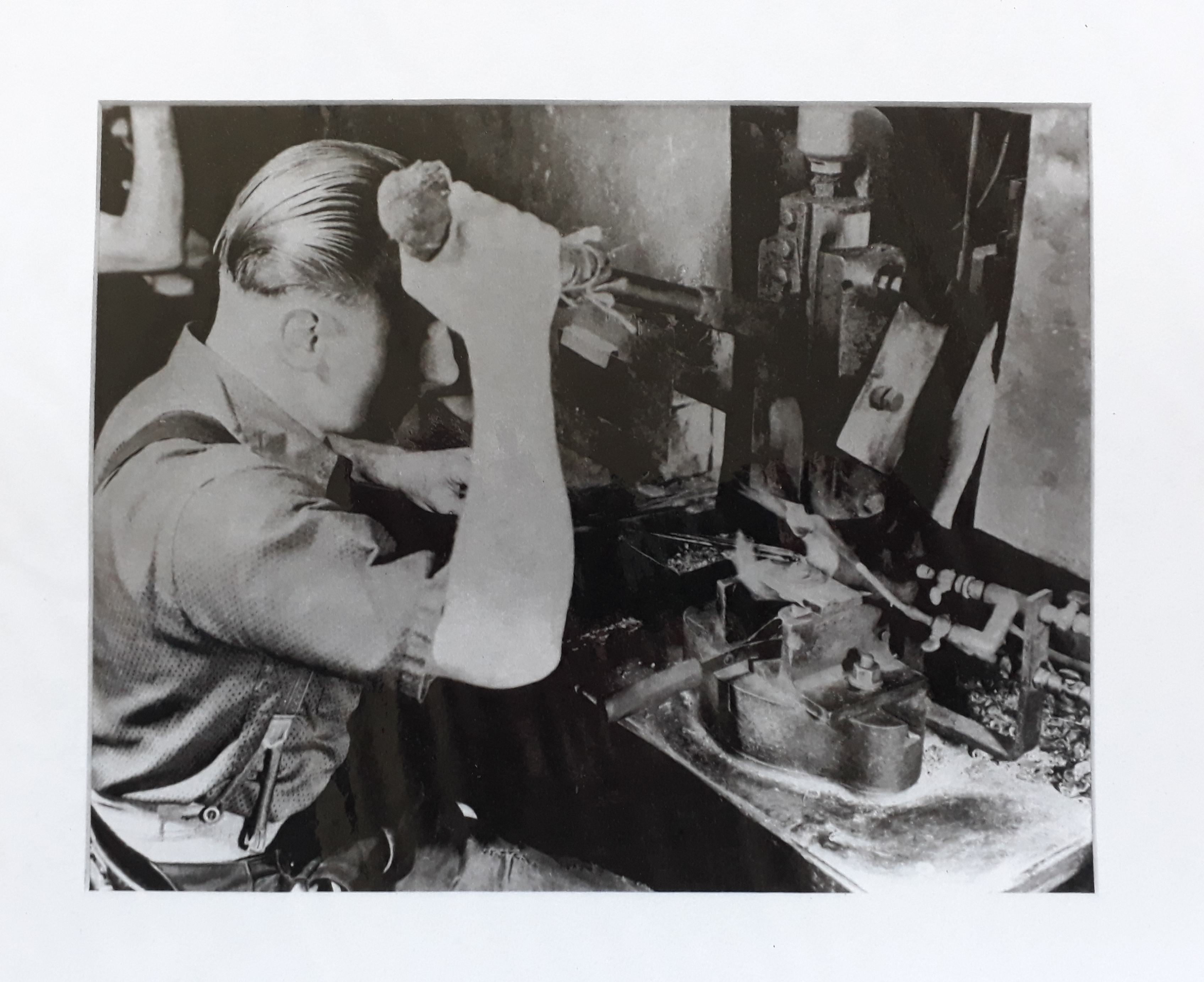 His Catseyes were dubbed ‘the most brilliant invention ever produced in the interests of road safety’.

Percy insisted on staying in the old workshop he had worked in with his father even though his business was growing and so the workshop was expanded and built around Percy’s favourite tree which was left to grow through the factory roof.

Percy never felt the need to move and continued to live in the house he had lived in since he was two years old.  He was awarded the OBE in 1965 and died on the 1st September 1976.

Packaging Catseyes For Export
Next section