In the United Kingdom, public disorder  (such as hooliganism, violent protests and riots)  is a breach of the ‘Queen’s Peace’ . 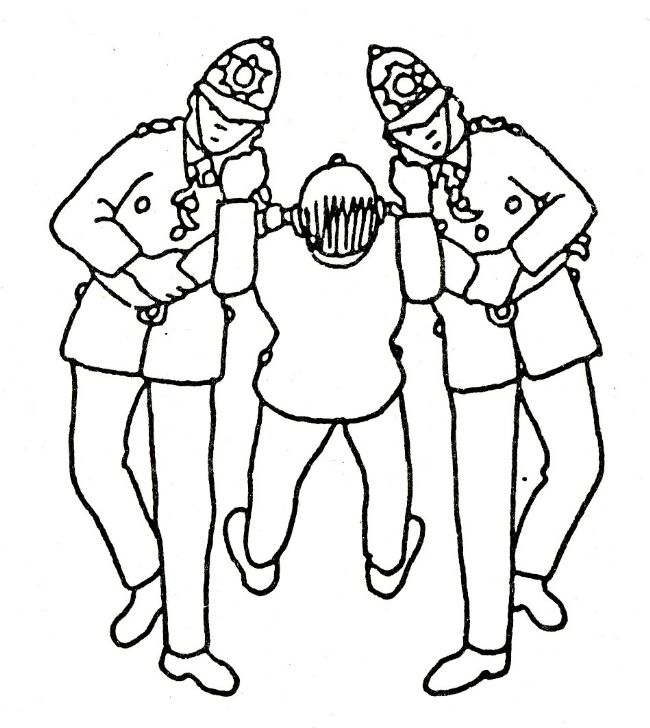 Policemen Carrying a Protester
In situations of public disorder, the police can use: 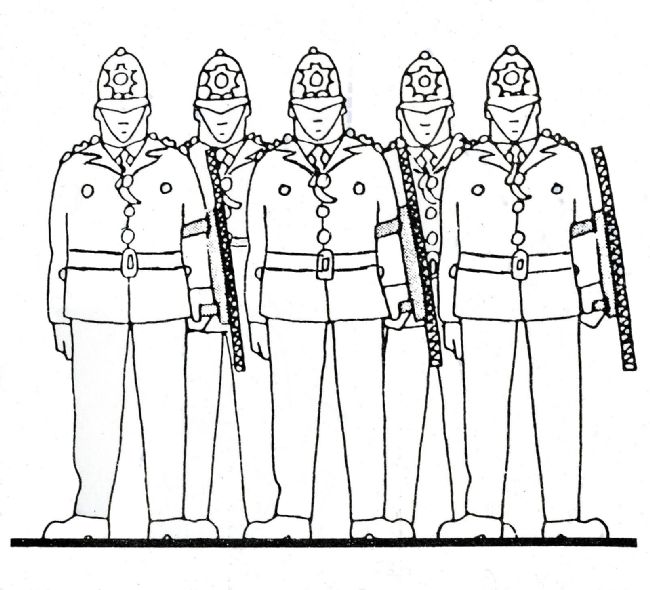 Illustration of Police Riot Gear in the 1980s
The police approaches to riots (the equipment and tactics they use) have changed over time. There has often been criticism of police tactics (even recently with the introduction of ‘kettling’ in the 1990s). Tactics in approaching crowd control has been discussed at length by the police, with ACPO central to the discussion. 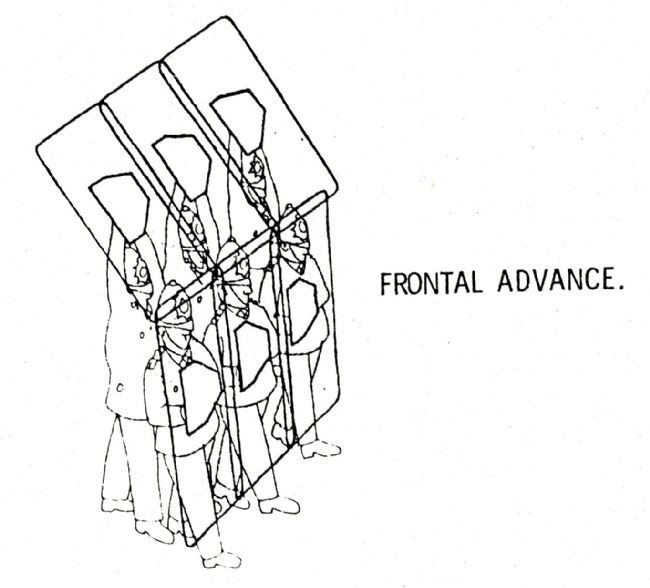 Violence - behaviour involving physical force to hurt, damage or kill someone or something

Protest – expression of objection to or disapproval of something

Riot – a violent disturbance of the peace by a crowd

Mounted police – policemen and women carrying out their duties on horseback

Tactics – method of approaching or tackling a particular problem