As early as Victorian times, the police had been dealing with anti social behaviour from some fans at football matches. In 1966 (the year England hosted the World Cup), the Chester Report pointed to a rise in violent incidents at football matches. In the 1970s football related violence grew even further. Organised groups of football hooligans were created including The Herd (Arsenal), County Road Cutters (Everton), the Red Army (Manchester United), the Blades Business Crew (Sheffield United), and the Inter City Firm (West Ham United). 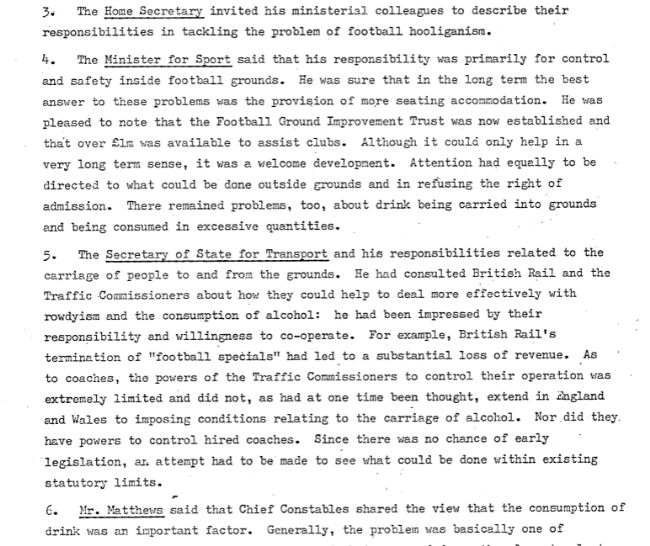 Minutes from Home Office Meeting on Hooliganism, 1976
In 1974, events such as the violence surrounding the relegation of Manchester United and the stabbing of a Blackpool fan during a home match led to football grounds separating home and away supporters and putting up fences around supporters’ areas. Riots also occurred after European matches and significant racial abuse was also aimed at black footballers who were beginning to break into the higher divisions. 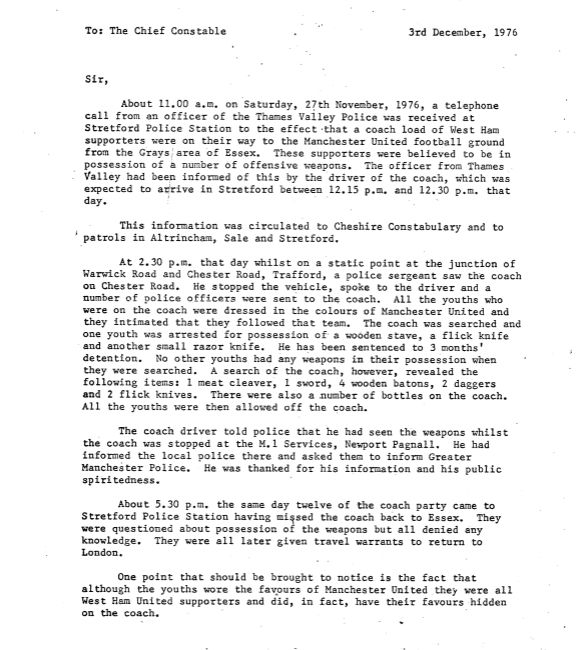 Regular instances of football hooliganism continued throughout the 1980s. In 1985, there was rioting and significant violence involving Millwall and Luton Town supporters after an FA Cup tie. The Popplewell Committee (1985) suggested that changes might have to be made in how football events were organised. The government discussed various possible schemes in an attempt to curb hooliganism including harsher prison sentences. 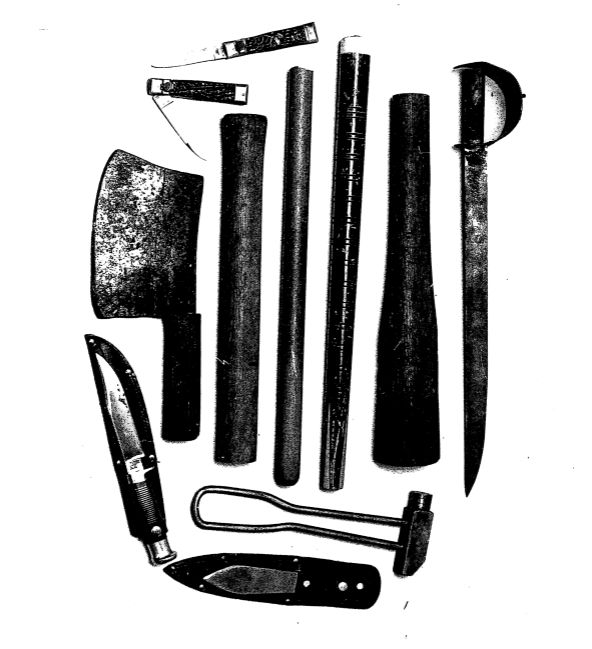 Weapons Siezed from Football Fans by Police
Also, in 1985, after the Heysel stadium disaster, all English clubs were banned from Europe for five years. At Heysel, Liverpool and Juventus fans had clashed and Juventus fans escaping the violence were crushed against a concrete dividing wall, 39 people died and 14 Liverpool fans and three police officials were charged with manslaughter. The match went ahead but police continued to experience trouble with Juventus fans retaliating. The disaster also highlighted the need for better safety precautions in terms of planning and the safety of the stadiums themselves. 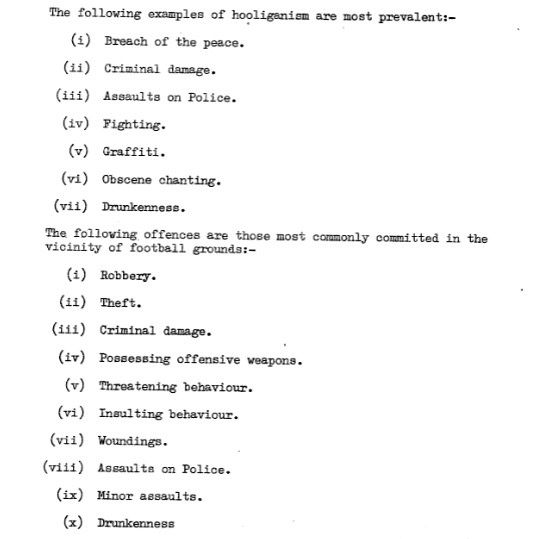 The 1990s saw a significant reduction in football hooliganism. As a result, bans on English clubs competing in European competitions were lifted and English football fans began earning a better reputation abroad. Instances of rioting and violence still persist, for example the unrest during the 2016 European Championships, but football hooliganism is no longer the force it once was. British football fans now generally enjoy a better reputation, both in the UK and abroad.

Hooliganism – violent and destructive behaviour by football fans
Anti-social – unfriendly or aggressive (of behaviour and interactions with other people)
Violence – behaviour involving physical force to harm, damage or kill someone or something
Crowd safety – organisation of health and safety measures of the building, facilities and policing and security (at sporting events) to keep visitors safe
Next section