Count Tamburini was born of noble birth in Florence, Italy in 1885. At the age of fifteen he won a national art contest and Victor Emmanuel III, King of Italy, commissioned him to paint his portrait. The young artist was following in his father's footsteps as court painter to the Italian throne. 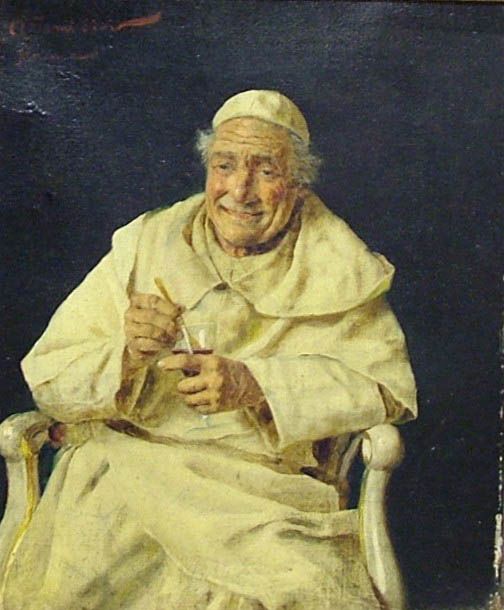 Portrait of a Monk by Count Tamburini

He became an artist of international acclaim and in 1901 set out for Canada to paint the Prime Minister, Sir Wilfred Laurier. The following year he traveled to America to paint the Archbishop of New York.

These journeys started a lifetime of travel, painting some of world's most illustrious people of the time, including Queen Marie of Romania and Czar Nicholas II and his family.

Tamburini married miniature painter Dolores Dolja Dunifer in 1914 and the young couple settled in New York, although they continued to travel extensively. Tamburini himself died from an accidental death in 1936.

As well as portraits, Tamburini painted allegorical compositions and landscapes.