David Jagger, along with his sister Edith and older brother Charles Sargeant Jagger, was a successful artist who achieved national acclaim. The trio attended Sheffield School of Art, and in 1940 exhibited together in a special exhibition at Rotherham Art Gallery and Museum. 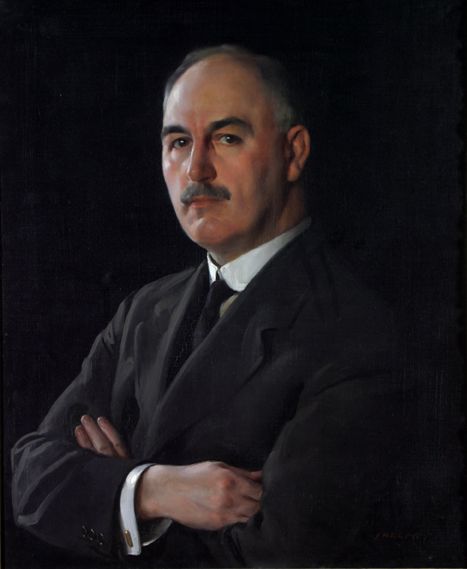 Portrait of a Gentleman, by David Jagger

David Jagger specialised in portraits of royalty and other exalted people of the time. He also painted smaller landscapes. He was noted for his excellent understanding of representational art and the use of crisp brush strokes.

Jagger always found wealthy patrons for his work, but he did not enjoy an unclouded reputation. Other painters and critics reproached him for working from photographs.

Terrence Mullaly wrote of Jagger in his obituary:

' Jagger will be remembered as a fashionable society portrait painter who combined the ability to catch a likeness with meticulous craftsmanship. Even if future generations do not rate him highly as an artist, they will value his numerous portraits of well known sitters. Among the most striking of them was one of Queen Mary, exhibited in the Royal Academy exhibition of 1930. But Jagger was at his best in the many portraits he painted of distinguished businessmen.'