When the First World War began Belgium was neutral (it did not support either side). However, Germany wanted to move through Belgian territory in an attempt to capture Paris, as part of a strategy called the Schlieffen Plan.

On 2 August 1914 the German government demanded that German troops be given free passage through Belgian territory. The Belgian government refused and Germany invaded Belgium two days later. Britain was bound to aid Belgium in time of war, under an agreement made in 1839, and as a result the British government declared war on Germany.

Belgian refugees fleeing the advance of the German Army began arriving in Britain. Refugees came to Preston in Lancashire as early as September 1914, and their numbers increased after the fall of Antwerp in October. 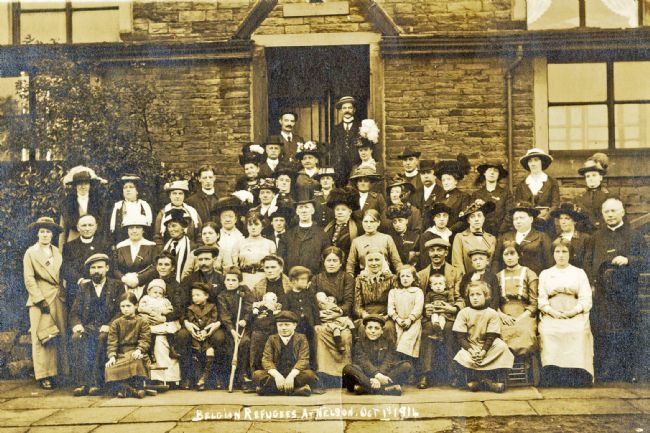 Volunteers in Preston provided refreshments at the railway station for 700 Belgian refugees who were on their way to Glasgow. A group of 60, of all ages, arrived at the Town Hall in Preston on 21 October 1914 with little more than they could carry. In total 270 would be housed in Preston and outlying districts, such as Leyland, Howick, Grimsargh, Barton, Longridge and Goosnargh. English language classes were arranged for them at the Harris Institute and the Belgians settled into life in Lancashire.

Over 240,000 Belgian refugees were evacuated to towns and cities all across Britain. At the end of the War, the Belgian authorities sent out notices calling on Belgians to get ready to return to their own country. Although most returned home after the war, some had made firm roots during their time in Britain and there were 9,892 Belgian refugees in Britain as late as 1921. 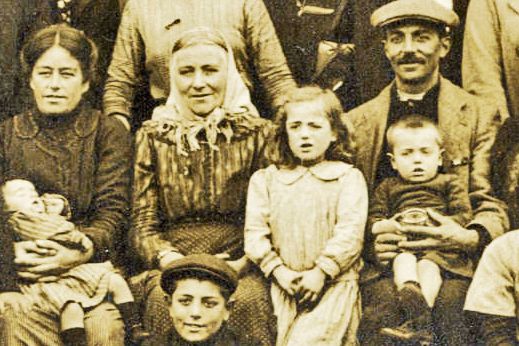 In June 1918 the King of the Belgians awarded the Medaille De la Reine Elisabeth (Queen Elizabeth Medal) to several Preston volunteers (including: Mrs Fitzherbert-Brockholes, Mrs Hayhurst, Mrs Jameson, Mrs Firth and the Rev Mother Superior of St Joseph's RC Hospital). This was in recognition of their work on the Preston Belgium Refugees Committee, in helping Belgian refugees and wounded Belgian soldiers.

Evacuate - leave, move out of

Refugee - someone who asks for shelter in a different country