The first Gay Pride in the UK took place in London on 1 July 1972, shortly after sexual acts between two men were partially decriminalised, but British society was still very homophobic.

Pride was a public demonstration on the streets of London for legal equality and social acceptance of LGBTQ+ people.

It was influenced by the first Gay Pride in New York on 28 June 1970, and a ‘Gay In’ and march by Intersex people in San Francisco on the same day.

June is now known internationally as ‘Pride Month’ due to the Pride marches and carnivals that take place around the world and in many cities and towns throughout the UK. Pride has its roots in an international coalition of groups formed by LGBTQ+ people and their allies during the late 1960s and early 1970s to demand rights and equality. The early years of Pride in the UK were linked to women’s and anti-racist liberation movements. 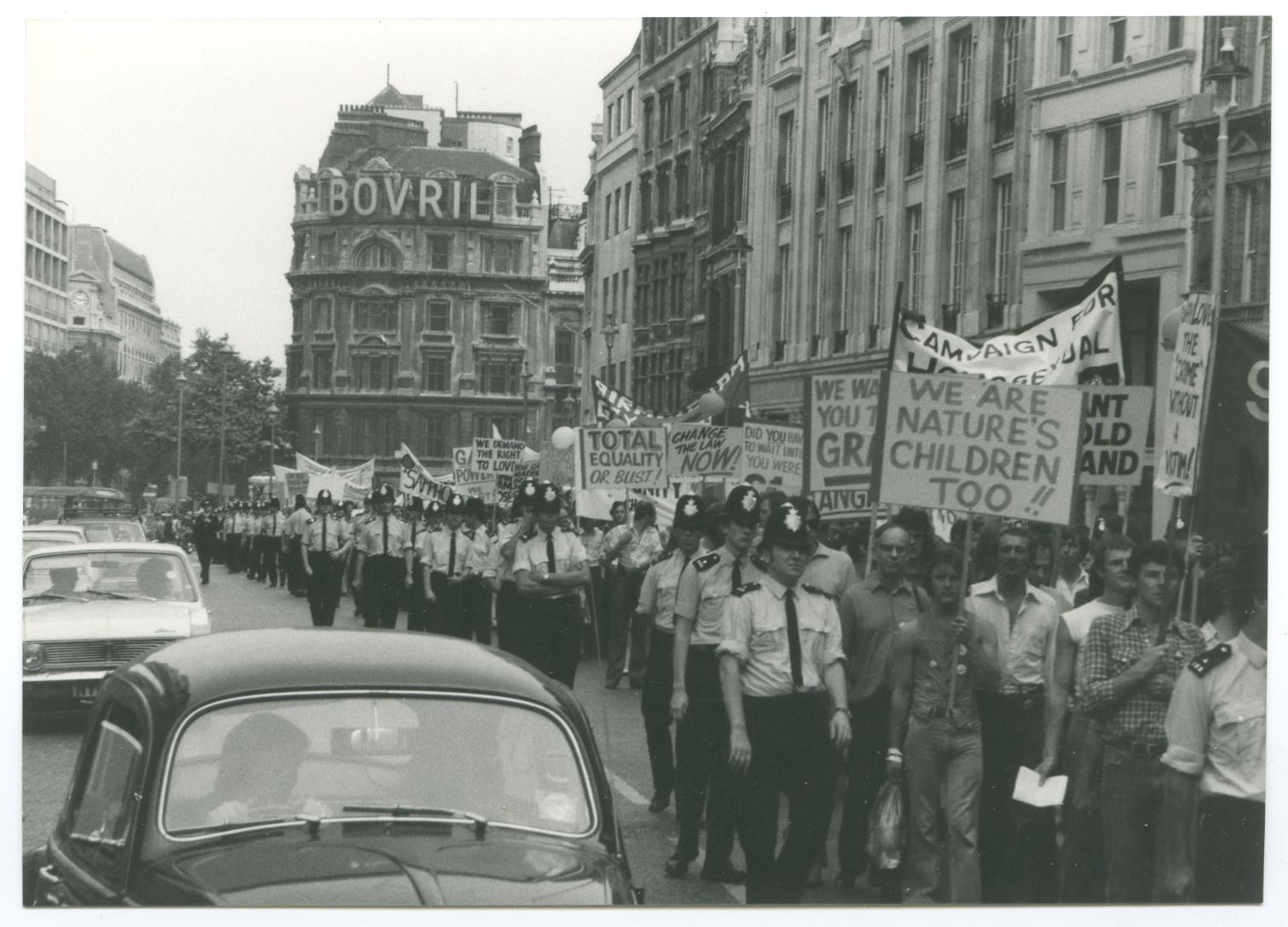