Activist Groups in the UK in the 1970s

There were a number of groups that fought for freedom, equal rights and liberation for LGBTQ+ people in Britain in the 1970s. The change in the law in 1967 combined with increased police intimidation of gay men meant that the demand to speak up and confront homophobia in society was intensifying.

The Campaign for Homosexual Equality (CHE) 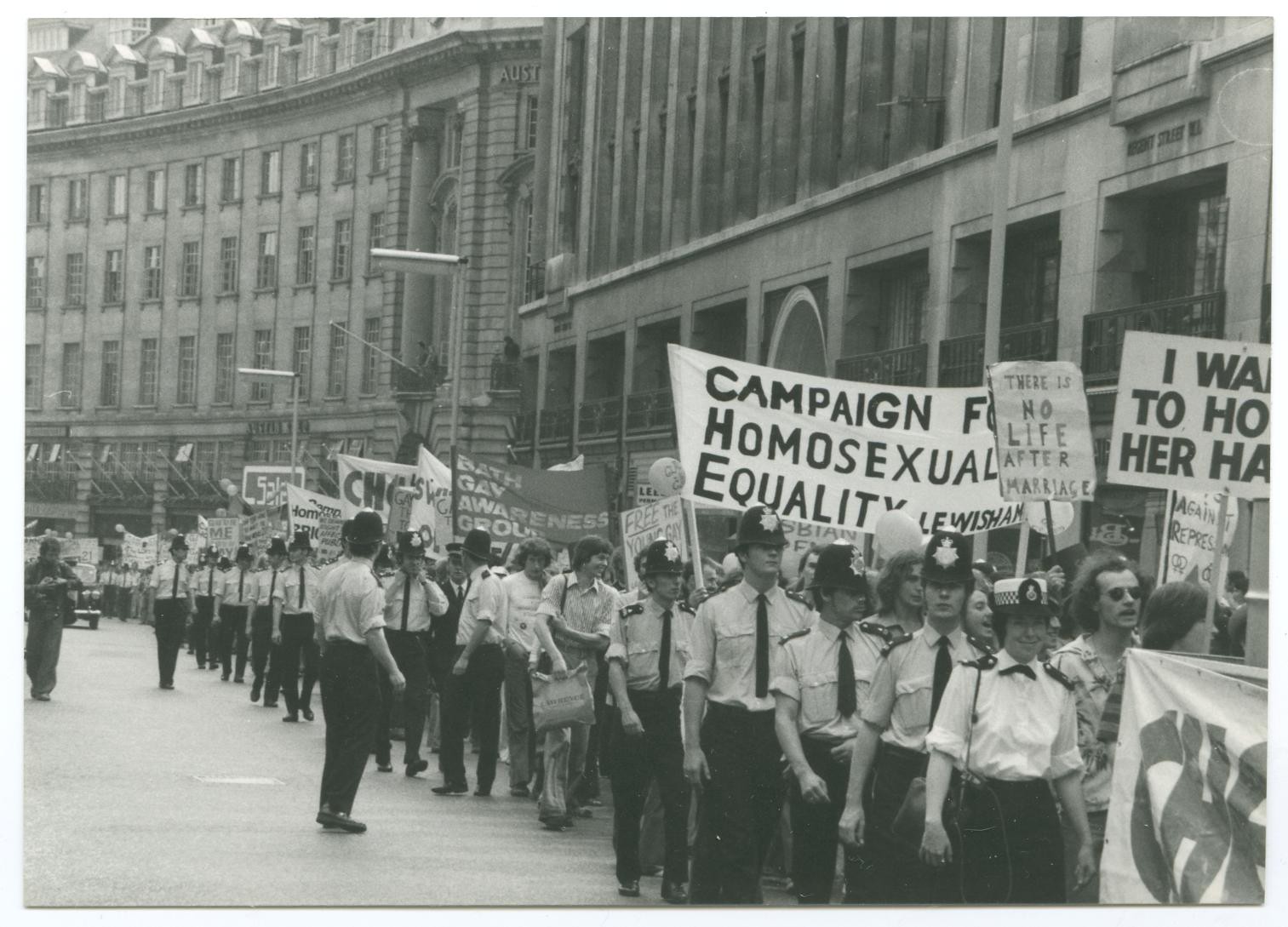 CHE was the largest and longest-running group campaigning for gay rights in the UK. It grew from 100 members in 1969 to 2,800 members and 60 local groups by 1972. Its activities included canvassing for further law reforms and attempting to influence the provision of medical, psychiatric and social services.

The first meeting of the London Gay Liberation Front (GLF) took place at London School of Economics (LSE) in October 1970. Two of the founding members, Aubrey Walter and Bob Mellors, had visited America that summer and attended the Black Panthers’ Revolutionary Convention. The GLF was inspired by radical gay rights and Black peoples’ movements in the USA. 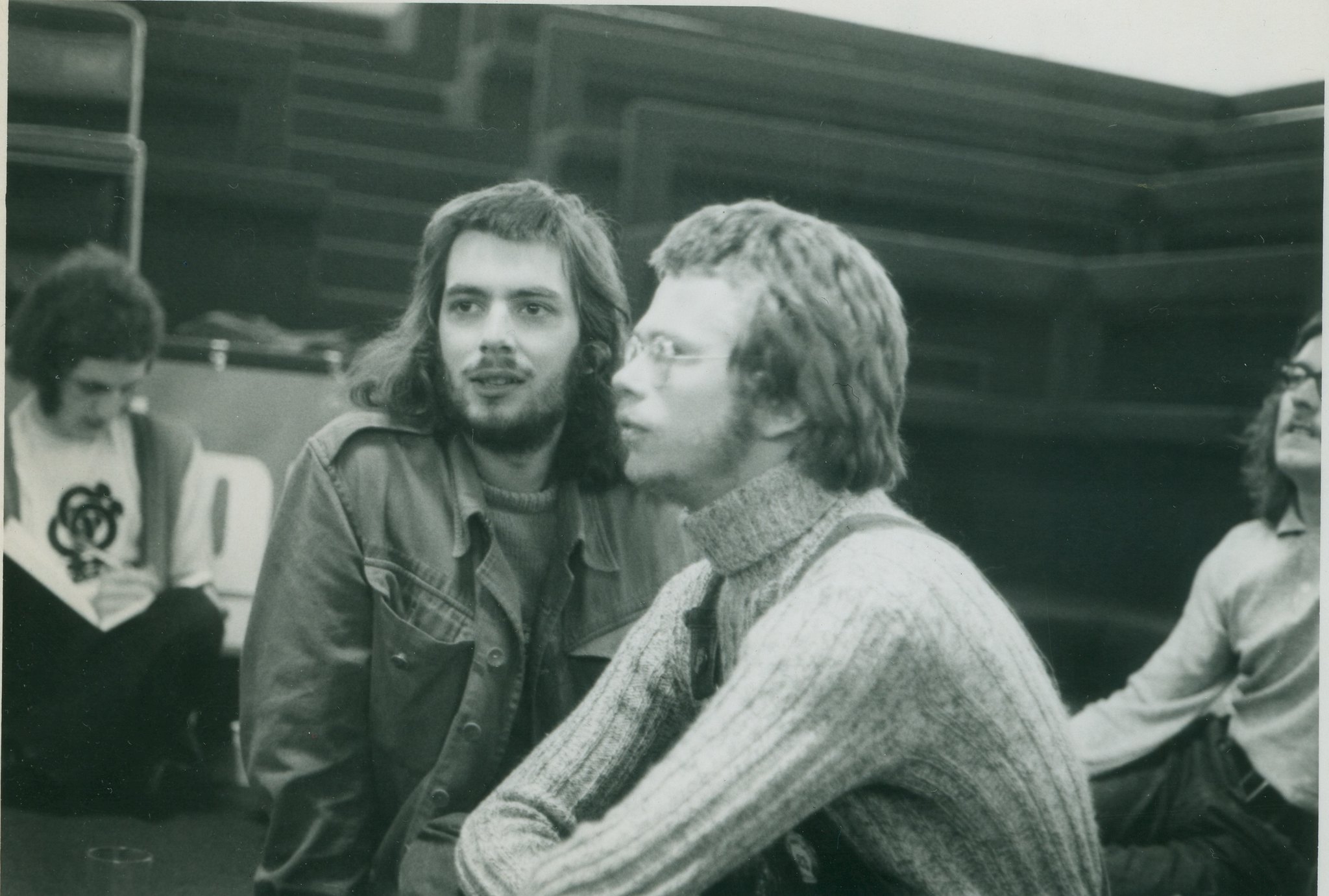 The GLF organized the first Gay Rights demonstration on 27 November 1970 in support of Louis Eakes, who was facing charges for indecency after a police entrapment operation on Highbury Fields.

At first mainly based in London, the GLF was an informal ‘grass roots’ organization and soon had groups around the UK. It organised direct action protests, such as marches, street theatre performances, and sit-ins. It was a radical and lively organization. 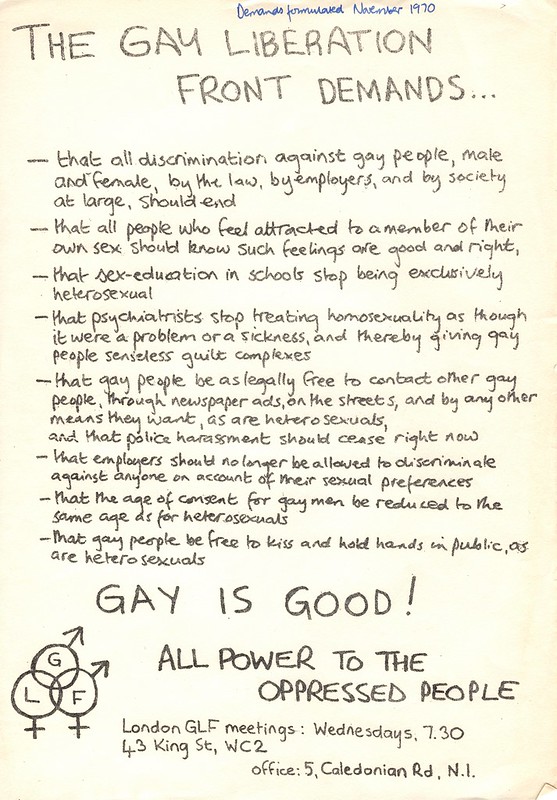 The document pictured is the front cover of a list of demands from the group which were written down by John Chesterman. John Chesterman (d.1996) was closely involved in the formation of the Gay Liberation Front (GLF) in 1970, and the production of the Gay International News, which preceded Gay News. Many of the photographs in this story are from his personal archive at the Library of the London School of Economics (LSE).