An ‘Age of Consent’ protest in London was organized on 28 August 1971 by members of the ‘under 21s’ group in the Gay Liberation Front. 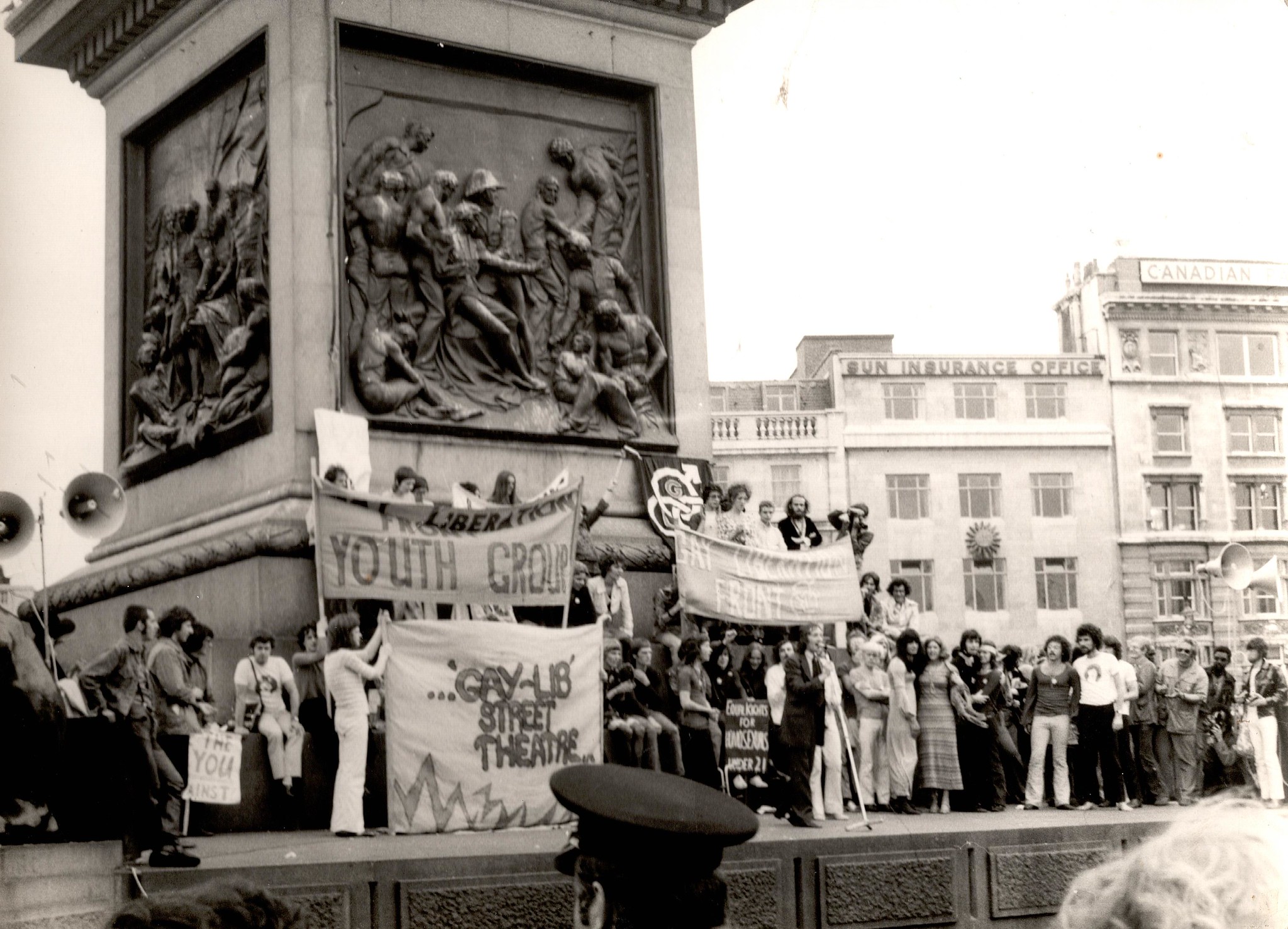 This demonstration was about the inequality in the age of consent for sexual acts between homosexual men and heterosexual couples. Both CHE and the GLF set up young peoples’ groups and campaigned on lowering the Age of Consent from 21 to 16 years for gay men so it was the same as for heterosexual couples. 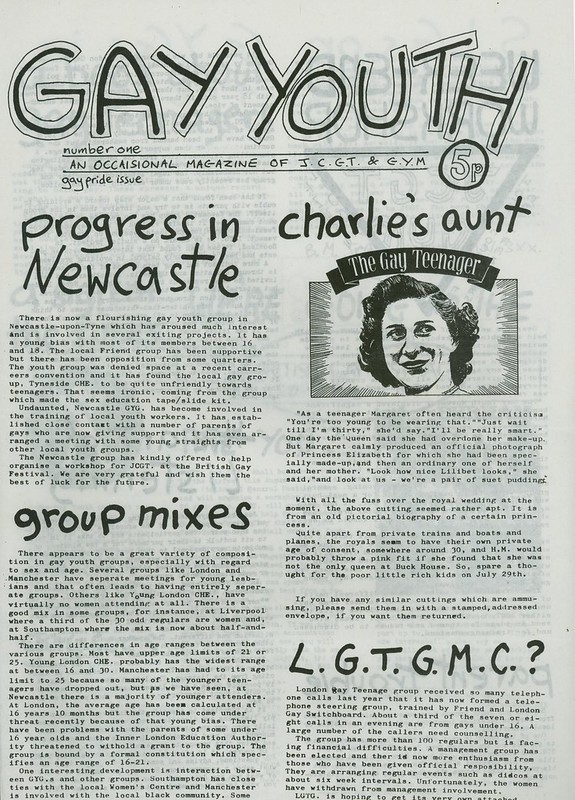 The London Gay Teenage Group left CHE in 1976 and established itself as an independent youth group run by young people. It became the first funded and officially registered gay youth group in 1979.

The First Gay Pride in London 1972