The Leeds Pals in the First World War
View resources Teachers notes Share View related stories
Add to board
Previous section
Private Jogendra: The only Indian soldier to serve in the Leeds Pals

As war was declared on 4 August 1914, Great Britain only had a standing army of 120,000 men, including the Leeds Rifles, the City regiment. We would need more men to fight a war. So, Lord Kitchener introduced the idea of volunteering, and men joined up in their thousands. But it was still not enough.
The Pals battalions were set up as a way for men from the large towns and cities to serve in the army with their friends, colleagues and team mates. There were deliberately aimed at white collar workers, as the conditions of enrolment in a Pals battalion included 'non-manual workers between the ages of 19 and 35 only' and 'single men were preferred'. They raised a battalion of 1200 men. 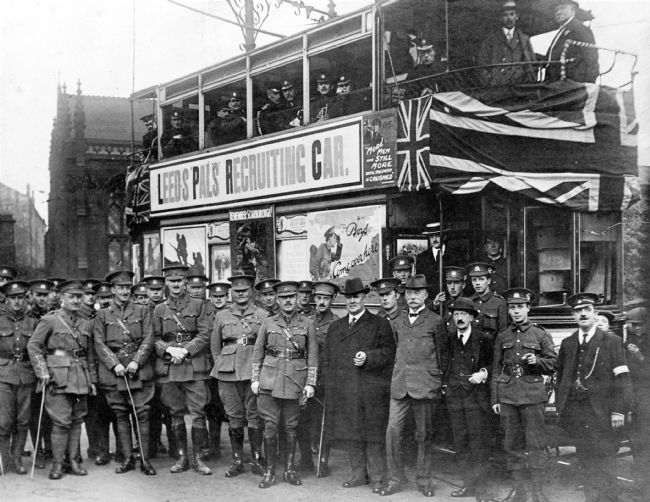 Leeds Pals Recruitment tramcar
‘It was quite a common sight to see three or four men from one office walk into the Victoria Hall [Leeds Town Hall] together, and two or three batches said they had been given special permission by their employers to leave their desks and get their name down without delay…’ 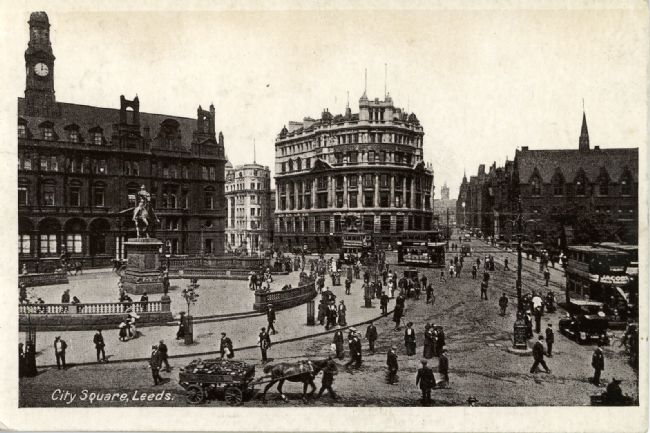 Black and white photographic postcard showing Leeds City Square during the early 1900s
'Then I found myself in the awesome Town Hall, the first time I had ever been there… yet I was with several more fellows who appeared to be at ease… later I discovered that they had! They were mostly officials and clerks in the city’s administration offices.'

Where did the Leeds Pals train?