Young Woman Buried with her Jewellery

Reconstruction of the 'Ivory Bangle Lady'

This female skeleton was found in York in 1901, but it dates back much further, to around 300 - 400 CE. We do not know her name and so she is affectionately referred to as the 'Ivory Bangle Lady'. 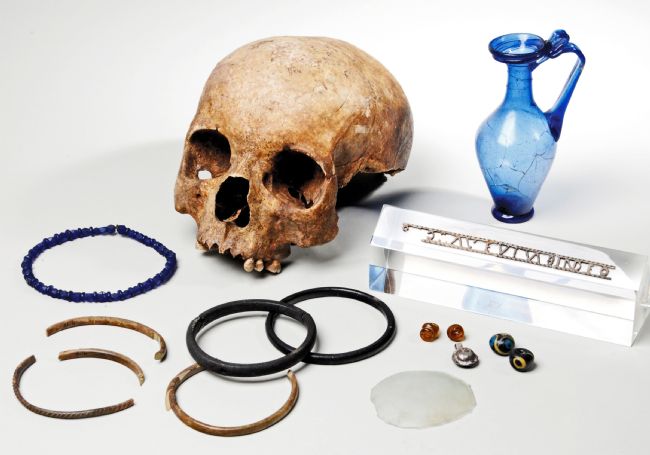 We can find out a lot of information about this woman's life, by examining her teeth, bones and facial features; we can also tell that this woman was wealthy. Her body was buried with a collection of unusual and expensive jewellery, including glass earrings from Germany, and bangles of elephant ivory from Africa. Writing carved in bone buried with her indicates that she was probably a Christian. 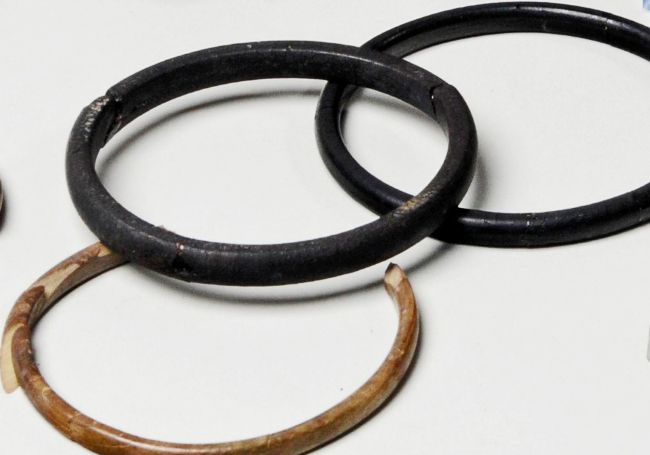 Bangles from a Roman Grave

The Ivory Bangle Lady was buried close to the legionary fortress in Roman York, which suggests this young woman may have been the wife or daughter of one of Eboracum’s high-ranking military officials (Eboracum was the Roman name for York). However, although she may have lived a wealthy and luxurious life, it was short. This woman was between 18 - 23 when she died. We cannot tell what caused her death, but that is not unusual as many diseases leave no trace on the skeleton. 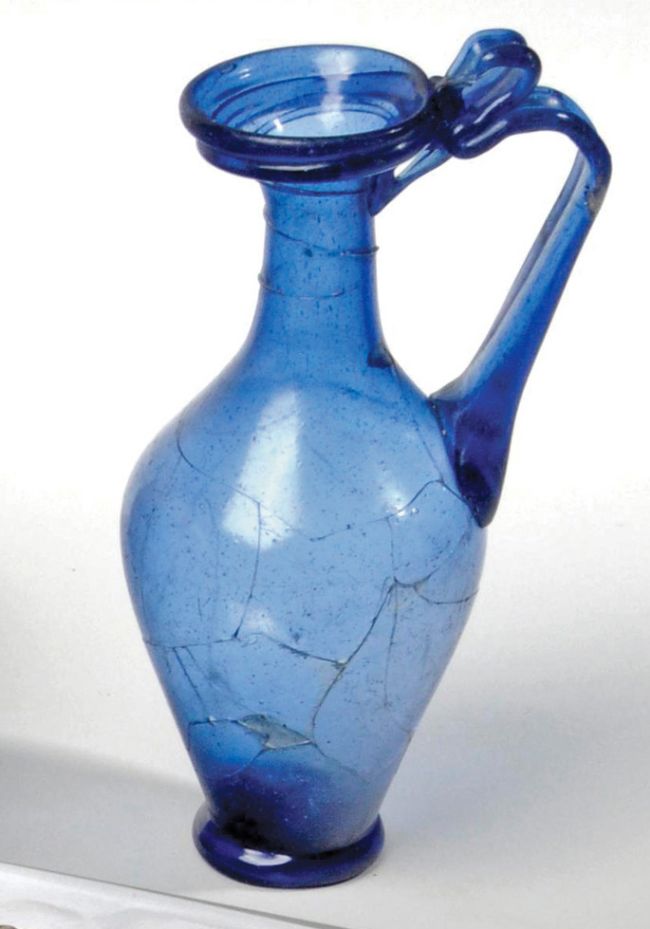 Jug From a Roman Grave

The Ivory Bangle Lady is the subject of ongoing research by the University of Reading’s Department of Archaeology. Her DNA is currently being analysed and the results from this investigation are likely to unlock more of the story around this lady that lived in York over 1600 years ago. We'll be adding in more information to this learning story as the results come through.

I find it really interesting how people in some cultures are buried with their most treasured and prized possessions. It possibly suggests that death is not the end. Jordan Kieghley