Saltaire Congregational Church - a New Church for a New Town

Titus Salt was a member of the Non-Conformist Congregational Church. This beautiful church (formerly Saltaire Congregational Church but now called Saltaire United Reformed Church) was built to resemble a classical temple, like those found in Ancient Rome. Work began in 1856 and the building was completed in 1859. 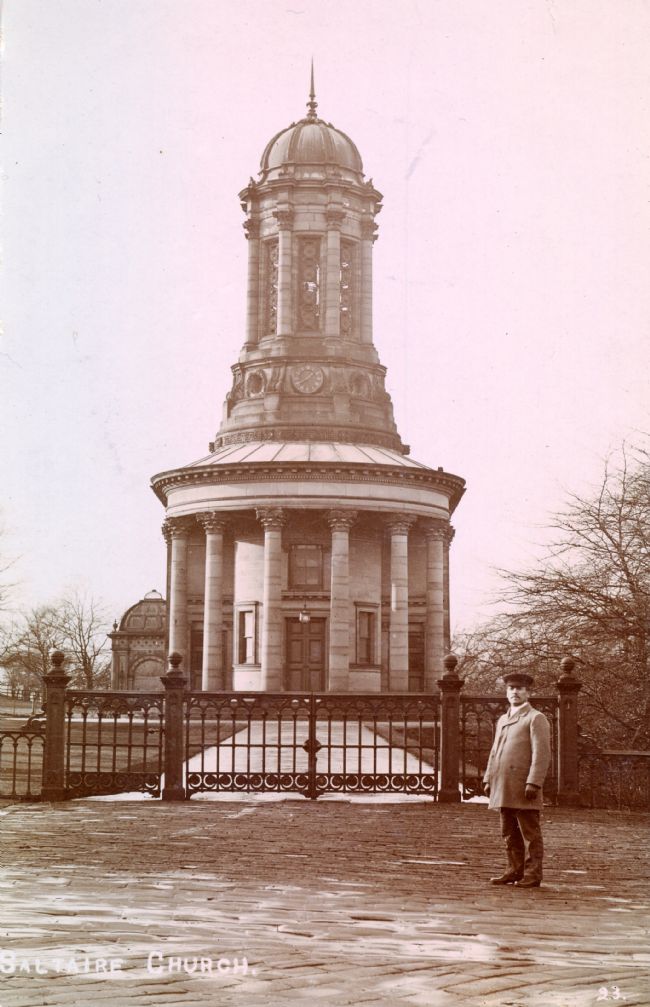 Saltaire Congregational Church in Late 19thC
Sir Titus' wife, Caroline, laid the first stone for the church and buried a time capsule underneath it. It contained a coin, and a copy of a newspaper with the signatures of Titus's friends. The ceremony was a washout, it poured with rain, but Titus said of the day:

'we all wish that future generations will discover this treasure and think of us.'

Salt commissioned local architects Lockwood and Mawson to build the church. It cost £16,000 and he paid for it with his own money, but today that would be more like £1.6million.
The mausoleum built onto one side of the church is the final resting place of Sir Titus Salt, his wife Caroline and several of his children. 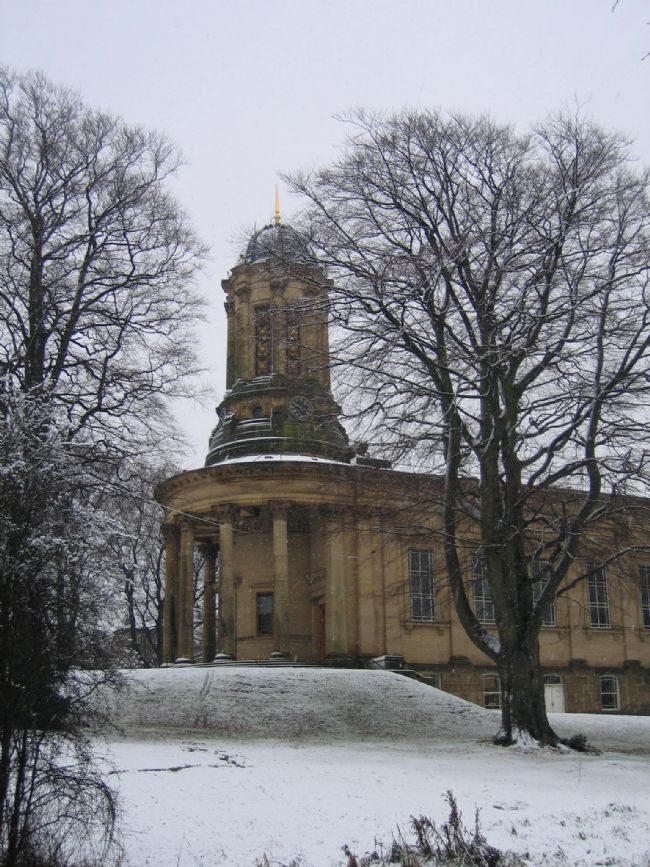 Saltaire United Reformed Church in Winter
A service to celebrate the reconstruction of the organ was held in 1950. It served as a memorial for those who died in the First World War. Today, the organ is played every Sunday afternoon, whilst visitors explore the church.

On the anniversary of Titus Salt's 150th birthday, the present owner of the mill, Maggie Silver, donated a brand new ring of bells to the church. The original set of bells had been removed during the First World War and made into ammunition for weapons.
Next section