Exemptions from military service in WW1

The British Government introduced conscription in March 1916 because voluntary enlistment could no longer meet the army’s need for recruits. Under the terms of the Military Service Act, all medically fit single men between the ages of 19 and 41 were deemed to have enlisted in the armed forces on 2 March.

In May 1916 a second Government act extended conscription to married men and the age limit was lowered to 18. Conscripted men had no choice about which service, regiment or unit they joined. 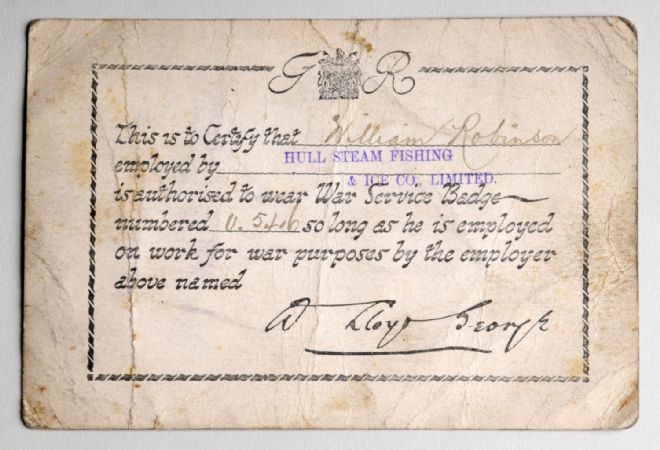 However, some men were exempted from the draft. Clergymen, teachers and some classes of industrial worker were not required to join. These roles were described as ‘Scheduled (or reserved) Occupations’ and included coal miners, doctors, and those working in the iron and steel industries which produced vital ammunition and equipment for the war.

Men who felt they should be exempt from the draft due to poor health, potential damage to their business, family hardship or a conscientious objection had to apply to a tribunal, which would decide whether or not they should be conscripted.

In the East Riding many farming families, who were struggling with lack of labour, went to tribunal to try to get their sons exempted from service, though not always successfully. 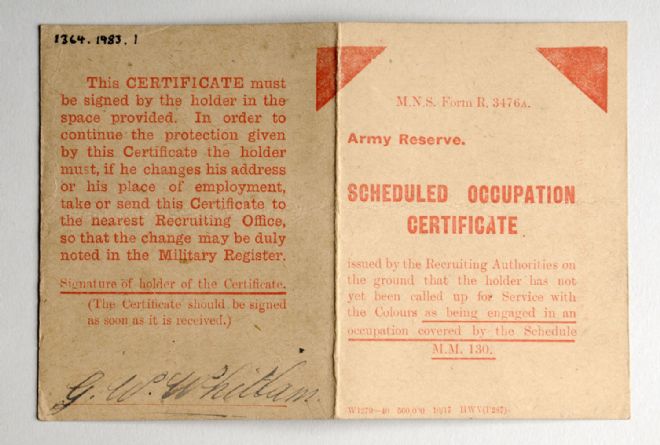 North Lincolnshire farm workers Sydney and Arthur Markham were conscripted when the owner of their family’s rented farm refused to sign a document to say their labour was required. Watch the short film to hear their story: 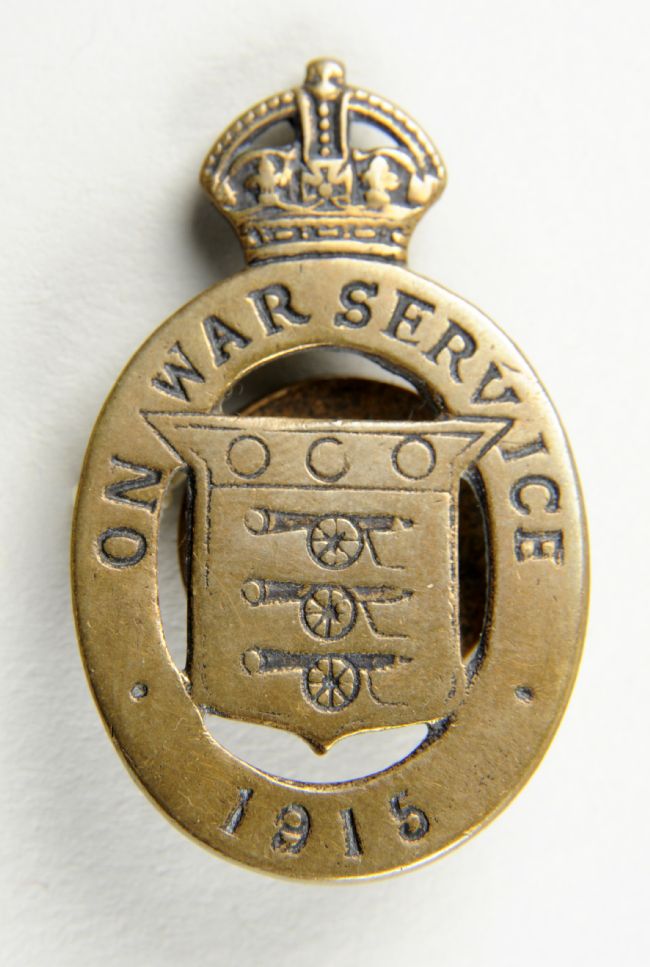 Those who were exempted from military service were issued with papers and badges to prove they were undertaking war work. This was important due to the social pressure to be seen to do your duty – men remaining at home while their neighbours’ sons and husbands were at the Front needed to be able to demonstrate they were working in the national interest.

Conscientious objection  - refusal to fight because of personal or religious beliefs that war and killing is wrong.

Conscription - when the government introduces a law making it compulsory for certain groups of people to serve in the armed forces.

Enlistment - signing up to join the armed forces.

Tribunal - a court of justice set up to settle a dispute.