A Charm Thought to Ward off Evil Witches' Spells 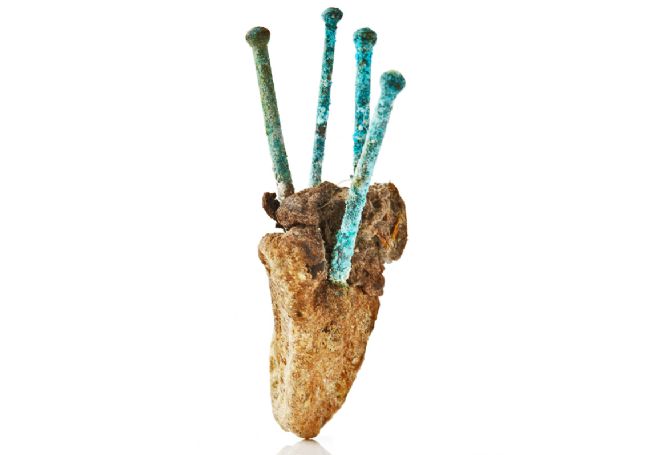 Seagull Heart with Pins Found in 1910 in South Devon

This grisly item had a very practical use: to ward off evil spells cast by witches! It came with detailed instructions. To deal with a witch, the user had to stop up all the cracks and key holes in the house, then take the heart of the bird and stick pins into it, before roasting it on a fire. The charm would attract the witch, who would demand access to the house. However, if all of the inhabitants stayed quiet, the witch would depart, taking her ill wishes with her, and releasing those in her power.

The heart dates from 1910, and comes from South Devon. It’s part of the collection of bracelets and charms made by William James Clarke, a naturalist and a Fellow of the Zoological Society. 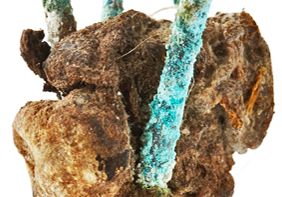 Close-up of Seagull Heart with Pins

What is strange about this object is that the last witch was executed in England in 1682, a long time before 1910! However, it is known that belief in witchcraft carried on in Devon into quite modern times. The belief still existed of the power of the evil eye and in all kinds of superstitions. Witches were believed to be able to have a harmful influence even after death, unless they were buried with their toes pointing downward. In the 20th Century, a woman suspected of being a witch was buried in this way within 20 miles of Tiverton.

In the Culm Valley, the belief in witchcraft was supposedly so strong that a local saying stated there were enough witches in the valley to roll a hogshead of cider up Beacon Hill, at Culmstock, and old people living in the locality were not ashamed to say that they believed in witchcraft. At farmhouses, Bibles were kept in the dairies to prevent witches from upsetting butter-making. According to many superstitious people, witches had a peculiar power over pigs. A man who believed his pigs had been bewitched was told to take the heart of a pig, stick it full of pins and needles, and roast it over a fire. He did so, believing it would reduce the number of deaths among his pigs. Maybe this is where the idea of the seagull's heart stuck with pins came from, but from a more coastal area?