Margaret Thatcher came to power in 1979, at a time when much of the right-wing tabloid press were producing racist and prejudiced content on an almost daily basis. This had a significant effect on the views of the general public at the time. 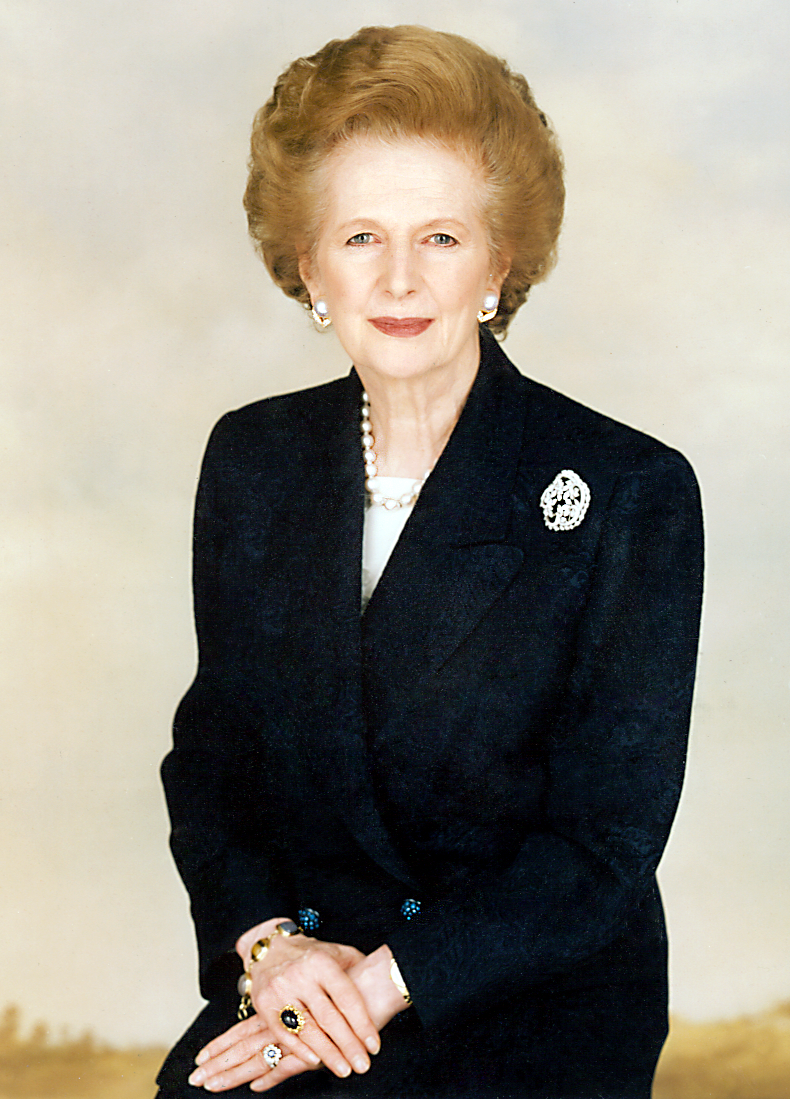 The 1980s saw the emergence of the HIV virus and AIDS, both of which stigmatised gay men in particular, and were little understood. News articles using emotive language caused frequent scares about how HIV could be transmitted, with some of these reports being inaccurate or plainly false. Without social media and 24 hour television news, newspapers were the main source of people’s information, and the right-wing press was openly and aggressively homophobic.

Headlines included 'Gay- and wicked' (The Sun), and 'Britain Threatened by Gay Virus Plague' (The Mail on Sunday).

In 1986 several papers in England reported that a book called ‘Jenny Lives with Eric and Martin’ was available in a Labour council run school library in London. It followed the story of five year old Jenny, her dad Martin, and his live-in boyfriend Eric. In truth, the one copy of the book that had been purchased was actually only available to older children, and only after consultation with parents. Nevertheless, the press reported that young school children were being exposed to ‘homosexual propaganda’ through having access to the book, further stirring up homophobic sentiment.

This combination of misunderstanding of the HIV virus and AIDS, and an influential and homophobic right-wing press that particularly demonised gay men, helped to create a culture of intolerance, homophobia and fear amongst the British public. Research carried out by NatCen in 1987 shows that at this time 75% of the British public believed that 'homosexuality was always or mostly wrong'.

In 1987 a general election was held, and the issue of gay rights was high on the political agenda. Left wing councils had been financing initiatives such as LGBTIQ+ youth groups and the controversy over ‘Jenny Lives with Eric and Martin’ was used by the Conservative party as political ammunition against a fractured Labour party. The Conservative party went on to win a landslide victory, and at the party conference the same year, Margaret Thatcher made what became one of her most famous speeches, stating;

'Children who need to be taught to respect traditional moral values are being taught that they have an inalienable right to be gay. All of those children are being cheated of a sound start in life. Yes, cheated.' Margaret Thatcher, 1987

The speech received huge support at the conference, and built further support for Section 28.

Section 28 was passed into law on 24th May 1988 after the clause was voted in by the House of Lords. It stated that a local authority:

'shall not intentionally promote homosexuality or publish material with the intention of promoting homosexuality' or 'promote the teaching in any maintained school of the acceptability of homosexuality as a pretended family relationship'.

This did not happen without protest. On the passing of the bill, the day before it became law, two lesbians who had been watching in the public gallery of the House of Lords, abseiled into Parliament, disrupting the process of passing the bill. During BBC1’s live ‘Six O’Clock News’ programme, a group of four women manged to gain access to the television studio, with two chaining themselves to pieces of furniture in the newsroom.

The women could be heard protesting against Section 28 as the headlines were being read out.

They were escorted from the newsroom and arrested before being released without charge. See Supporting Links in 'Resources' for video footage of the incident. 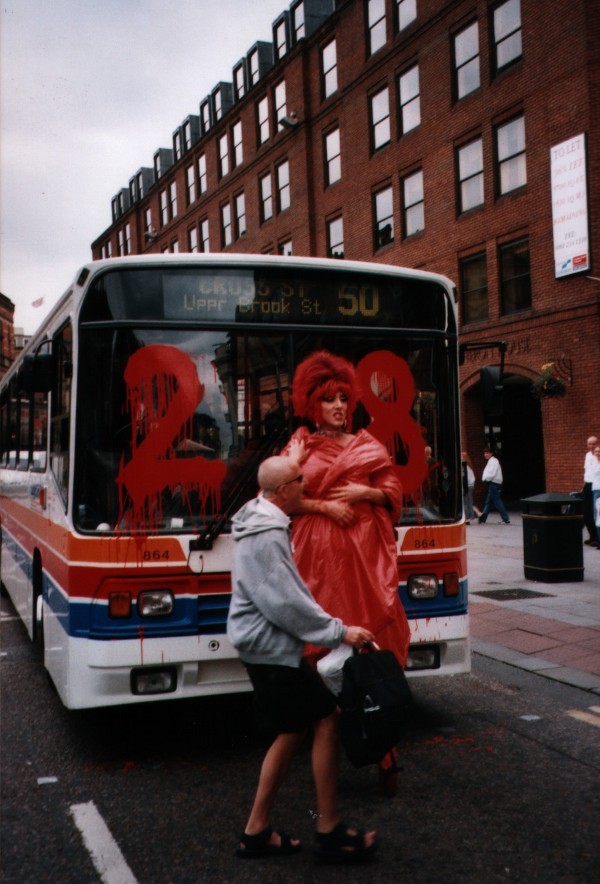 Drag Queen in Front of a Bus

The Impact of Section 28

The effects of the act were long reaching and profound. Due to its vagueness, teachers were unsure of what could be classed as ‘promoting homosexuality’. Would simply talking to a student in need of support about their sexuality be seen as ‘promotion’ and therefore leave the teacher vulnerable to prosecution?

Overnight, school became a hostile place for many lesbian and gay pupils, where they were denied role models, received no relevant sex education, and had no-one to turn to for support if needed. With teachers fearing to do anything that might be seen as accepting homosexuality, homophobic bullying amongst pupils often went unchecked. Schools and councils shut down LGBTIQ+ youth support groups, with the result that LGBTIQ+ young people had nowhere to go and no-one to turn to either in school or outside of it.

This lack of support, combined with the increase in abuse against LGBTIQ+ young people that was tacitly enabled by Section 28 had a devastating effect on the lives of many school aged pupils. See Supporting Links in 'Resources' for videos of people who were at school at the time talking about the effect that Section 28 had on their lives.

Intentional Promotions: A Response to Section 28