Evidence of a Roman Temple in York 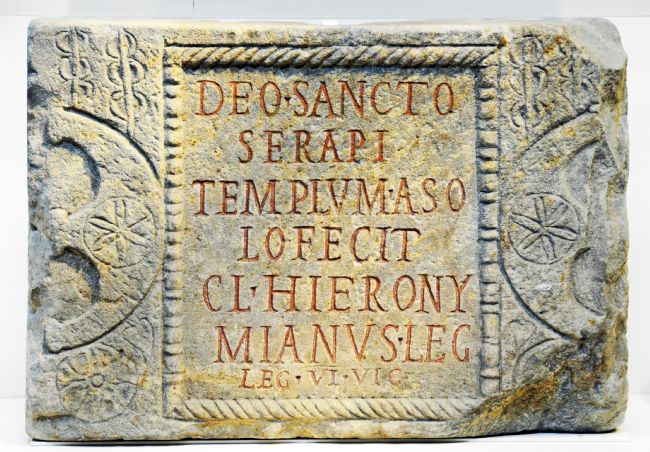 This tablet records the constructions of a temple in honour of the Egyptian god Serapis. Nothing odd about that, you might think: but this temple was built in the distinctly non-Egyptian city of York! Gods and spirits were used to represent and understand nearly all things.  Their divine powers were called upon to help overcome all of life's problems.

What we see is a stone block with very clear writing carved into it, in Latin. This however was not a Roman god – it was from Egypt.  The block or tablet is made of millstone grit which is a commonly found sandstone in Northern England, traditionally used for millstones in watermills. 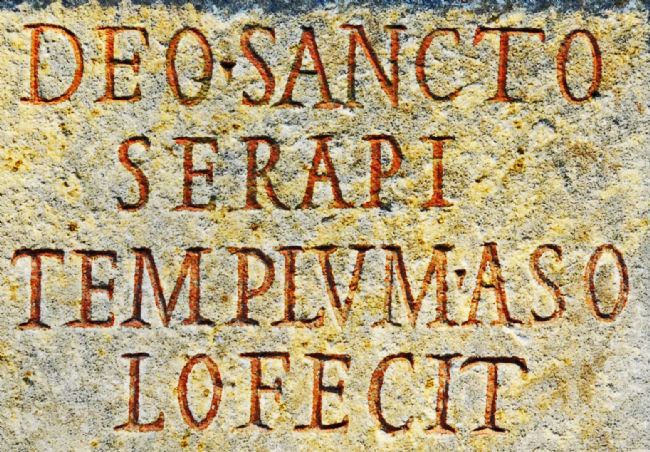 Detail of a Roman Tablet
[
The tablet was found in York, the city founded by the Romans in about 71 CE. It reads:   To the holy god Serapis, Claudius Hieronymanius, legate of the Sixth Legion Victorious, built this temple from the ground. 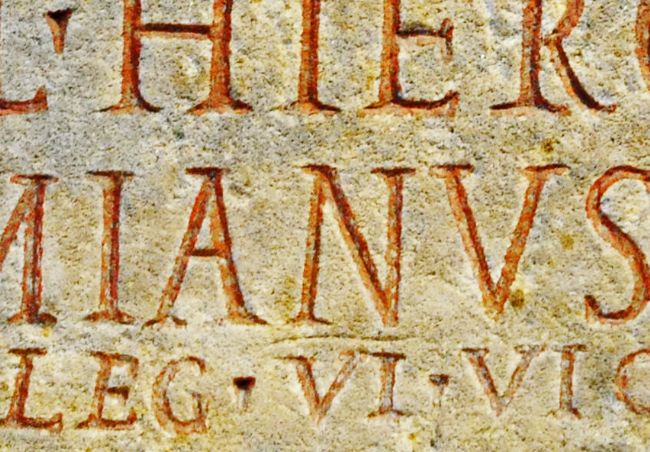 Detail of the Carving on a Roman Tablet
Despite being an Egyptian god, Serapis was a favourite of the Roman Emperor Septimius Severus, a brutal and powerful ruler who fought throughout the empire but finally died while he was in York in 211 CE. It is not surprising that some of the gods of the earlier civilisation survived into the Roman era. Also that the army was happy to please their emperor by building a temple in honour of his favourite. This tablet is all that remains of the temple and was found in 1770, at Toft Green in York.

How this Resource Could be Used

would use this resource to support a lesson(s) on how languages and religions have spread around the world and the reasons for doing so.  The resource would provide a good introduction to the idea, using the Roman Empire as an ideal example, with some good information and evidence (images) from the resource.  I would then develop the discussion ideas and activities over a couple of lessons – one looking at the spread of languages and the other looking at the spread of religion. Although small, this resource contains some interesting ideas and information which can be used effectively to develop pupils’ learning and understanding of the concepts covered.
Bed Thompson, Deputy Head, The Business Academy, Bexley