Ship of the Dead

Can There be a Good Death? 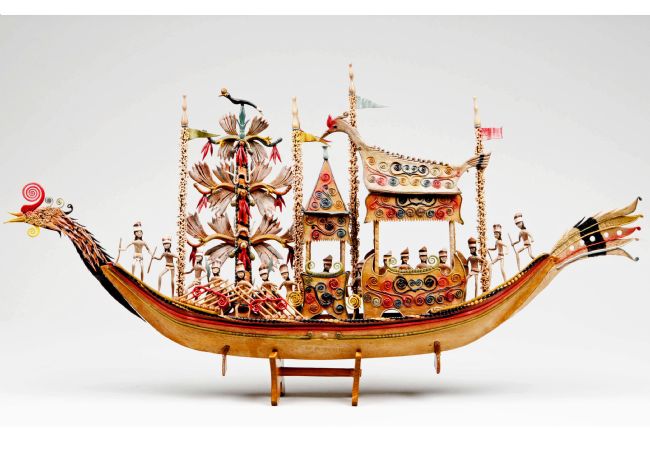 A model of a Ship of the Dead from Borneo

The Dayak people of Borneo believe that a ship like the one pictured here carries the souls of the dead to the afterlife. Their traditional belief is that a 'good' death marks the beginning of the journey to join your ancestors, whose souls were with the bird gods. We can see these ideas in the model. 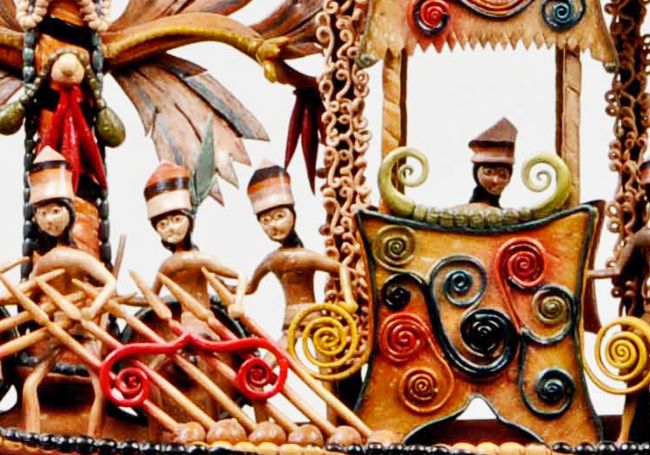 Detail of a Ship of the Dead from Borneo
The boat is in the form of a bird, and a hornbill bird sits on top of a tree of life on the boat. Inside the model, an orchestra plays, and warriors guard the souls of the dead to help them overcome a series of hazards that they face on the way. All this only happens if the death is 'good'. A 'bad' death leads the soul to remain on earth as an 'unquiet spirit'. 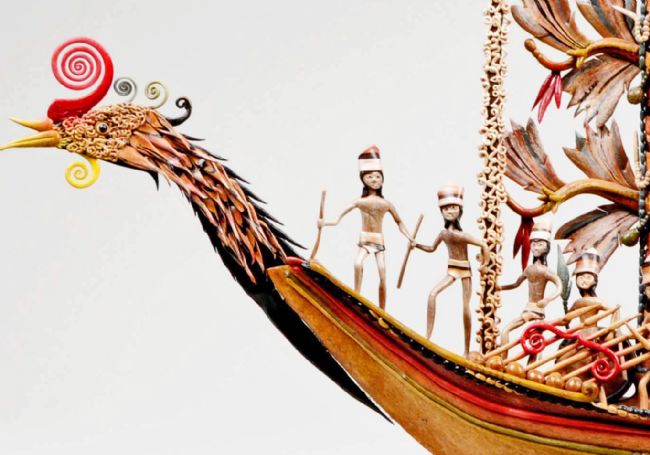 Detail of a Ship of the Dead from Borneo

Young Person's Response to this Object

The sheer detail on this ship is astounding, the vibrant colours really bring it to life. This is made even more significant as the ship contrasts greatly with the subject it is based upon; death. - Jordan Keighley

This resource could be used as an introduction to death rituals at all key stages, as part of RE or PSHE lessons.  It is an interesting way to get pupils to start thinking and talking about the subject using the Ship of the Dead artefact as the centerpiece of the discussions.
- Ben Thompson, Deputy Headteacher.