Note: We are currently updating this resource to reflect the impact of colonialism in a more transparent way. Please bear with us while we work with our contributing partners to improve our content. 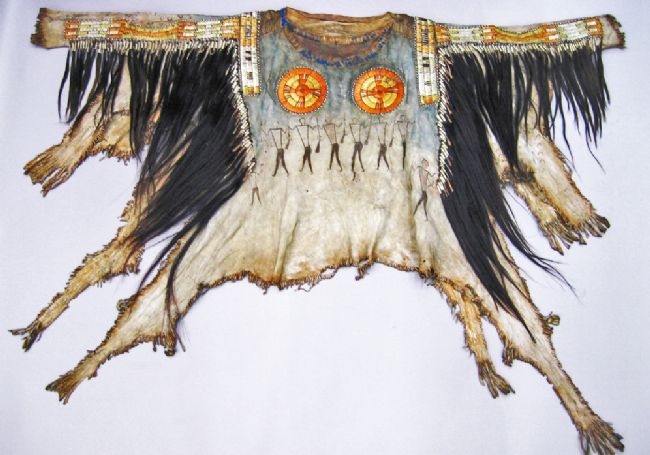 This shirt was made for a First Nations warrior living on the Great Plains in North America. The shirt honours the wearer’s victories in war. The painted figures represent the many enemies that this warrior has overpowered, whilst the hoof prints symbolise the horses that he has captured and distributed among his people. The warrior himself is painted on the shirt, wearing a red and black military sash. We can even see his feint footprints walking over the chest of the 22 defeated men (and possibly one woman). 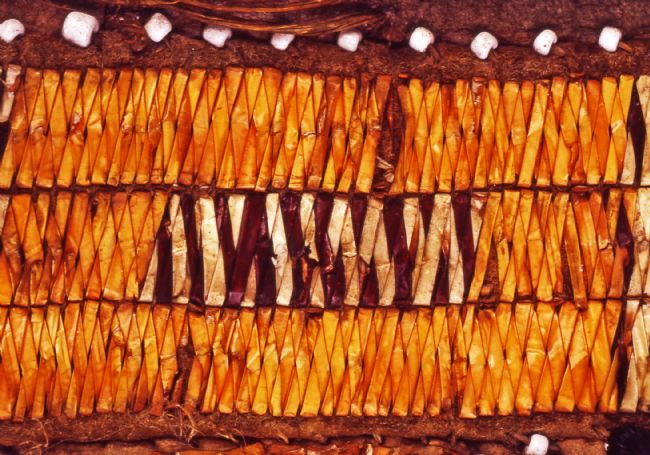 Detail of a Sioux Warrior Shirt

Shirts like this would have been worn on special occasions, only by men in power or those who had won fame in battle. The shirt is made of deer skin, and both sleeves are edged with human hair tassels. It was made in the early to mid-19th Century, by a member of a tribe of the Northern Sioux. 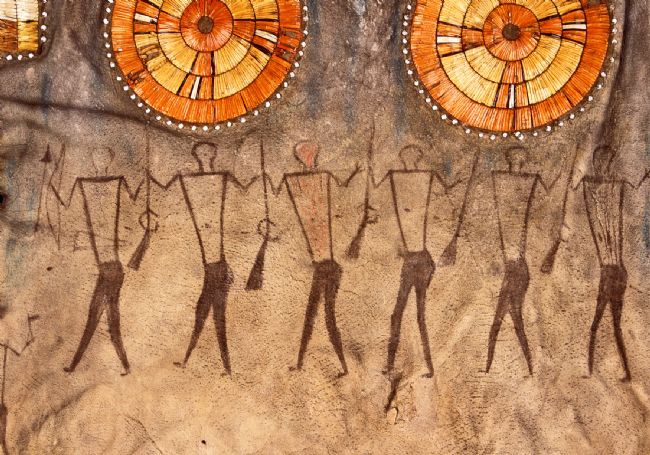 Detail of a Sioux Warrior Shirt