What does ‘social’ mean? What goes into making a social species? What are the advantages and disadvantages of sociality?
View resources Teachers notes Share View related stories
Add to board
Previous section
What Do We Mean By ‘Social’?

There are a few things that tell us if a species is truly eusocial, or whether they are simply living in groups. Checklists like the one below are one of the methods that scientists use to better understand the living world around them.

The three key characteristics that go into making a species truly eusocial are:

If a species shows all three of the above traits, it is thought of as eusocial, or ‘truly-social’. But what do these three traits actually mean?

Division of labour basically means there is one individual in a hive or colony in charge of reproduction – laying eggs to make more workers. We normally call this individual the ‘Queen’ (such as queen bees and queens ants).

No other individuals in a colony can reproduce, but instead carry out various tasks to maintain the hive or place that the colony lives, such as cleaning, feeding young and gathering food.

Almost every individual in an ant or bee colony is female and they are all sisters – all being daughters of the queen. Males are produced rarely, for reproduction and for making new king and queen ants, for example, to found new colonies.

The animals that do these jobs are called ‘Workers’. Some species, such as ants, group their workers into ‘castes’ or groups of individuals that only do specific jobs, such as foragers, nurses or soldiers. 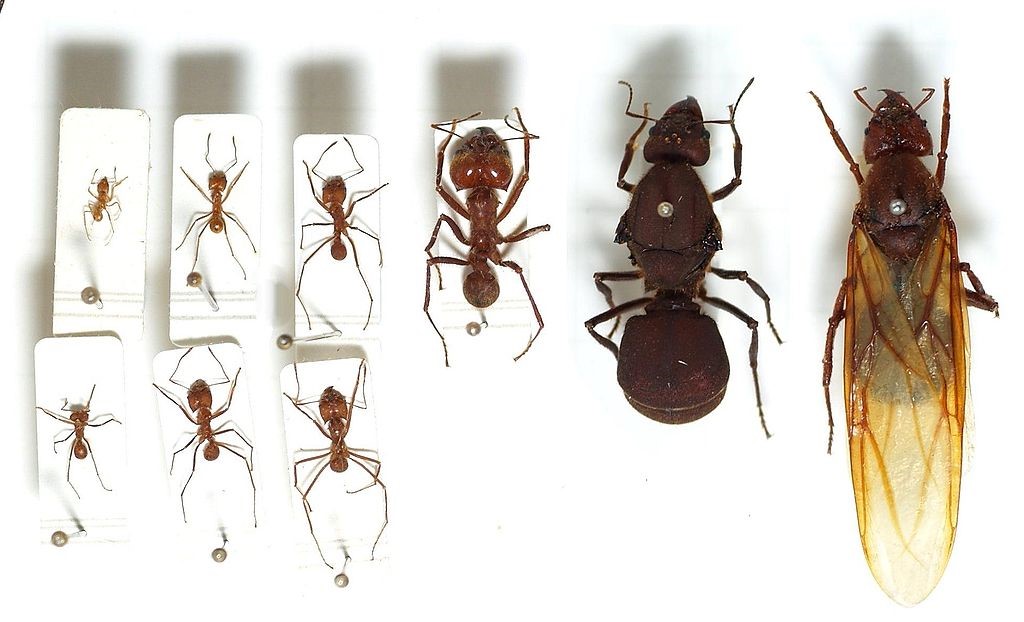 This image shows how different castes of ants can be. All these ants are from the same colony and the same species! The video below provides a more detailed look into the amazing world of ants and their role in the ecosystem.

Co-operative brood care is another way of saying that some individuals in a hive look after offspring – new-born animals – that aren’t their own young. This is because all workers are sisters as they queen produced all of them, so they are still helping their family by doing this. This means there is still an evolutionary advantage to caring for the young in a hive.

Generation overlap tells us that when individuals grow older, they don’t leave the hive – like many other animals do – but instead are still part of the colony alongside younger generations of individuals all working together. Compare this to the way many birds raise their young – parent birds raise offspring until they leave the nest and go on to produce their own offspring, which they care for without the help of their parents – and you will see how social insects are different in the way they live. 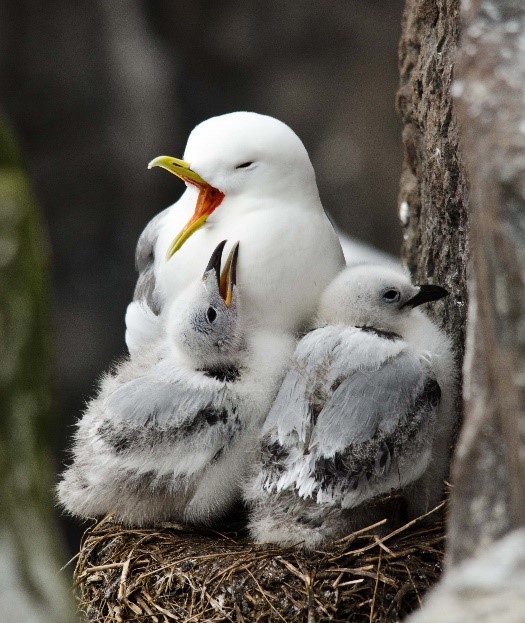 Birds care for their young until they leave the nest (above), while ants care for many generations of their sisters (below) - this ant is moving eggs around. 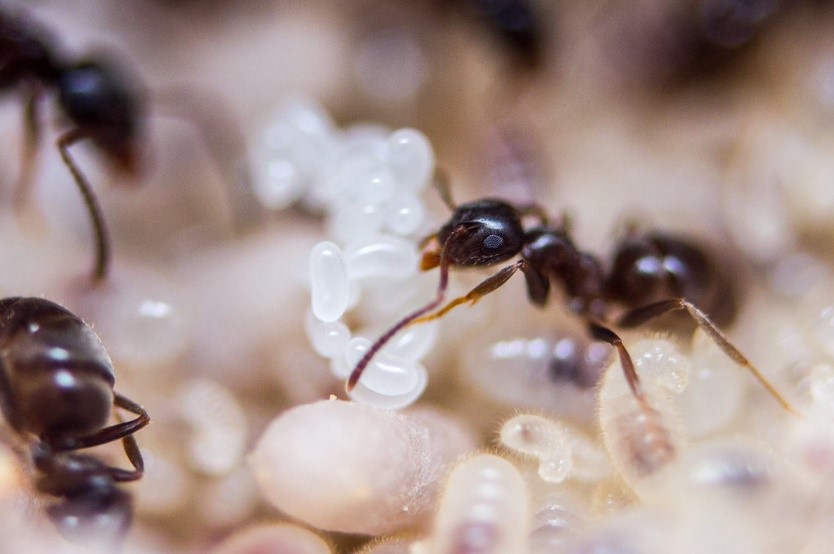 Get a closer look:
Our interactive Powerpoints ‘Inside the hive’ and ‘The cities beneath our feet’ show you how a bee hive and an ant colony function and the ways the insects behave inside. Have a look now and explore the wonderful world of social insects up close! (see Downloads section).

Why Be Eusocial At All?