What does ‘social’ mean? What goes into making a social species? What are the advantages and disadvantages of sociality?
View resources Teachers notes Share View related stories
Add to board
Previous section
The Three Main Ingredients

Why Be Eusocial At All?

But why go to all this trouble? Why are some animals eusocial when many get along just fine without this way of living? This is a question scientists are still trying to answer.

There is safety in numbers, and some insects – like ants and bees – use this to their advantage. They can fend off predators and gather food more easily if they work together, than if they work alone. 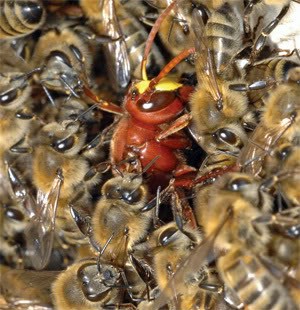 These bees team up to defend the hive from a hornet that is trying to eat the larvae inside.

Social insects like ants, can also be thought of as a ‘superorganism’. This is a way of thinking about the colony as one giant animal that can respond to its environment, solve problems and fend for itself!

The queen might be thought of as the controller or the brain, the workers inside the hive as the organs for cleaning and processing food, and the foragers as arms reaching out to gather that food. A colony of ants can achieve far more than a single ant could alone.

By being social, they have increased their efficiency as individuals by doing lots of little jobs each and all benefiting from a collective effort.

Ants have got so good at this kind of teamwork that some species are known to tend farms and ‘livestock’, build bridges, employ ‘mercenary’ ants and even take prisoners, making them produce food for the rest of the hive! 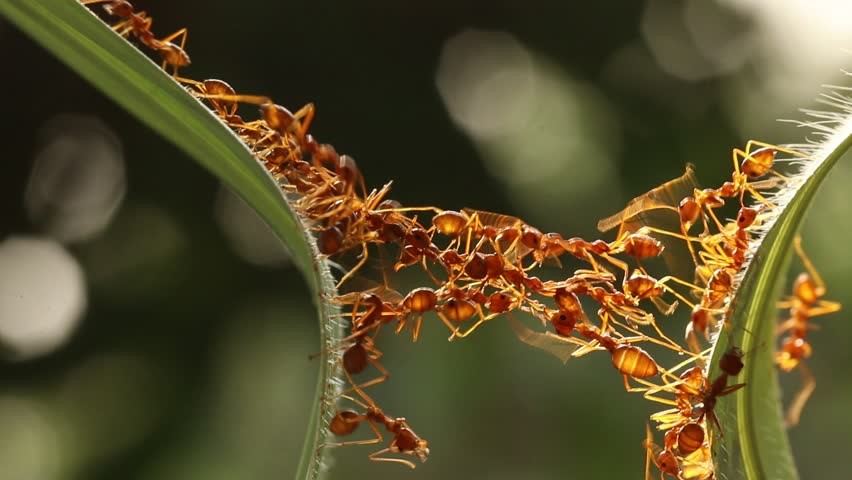 Ants can solve all sorts of problems when they work together. These ones are forming a bridge to allow other ants across.

Genetics also play an important rule. Animals generally work to pass their genes on to the next generation through reproduction and their success in doing this is known as their ‘reproductive fitness’.

Social insects ensure their collective genes are passed on by working together to care for their sisters as they are all daughters of the queen. In doing this, they can be just as ‘fit’ if not more so, than animals that aren’t eusocial.

Why Do They Matter to Us? Ecosystem Engineers