The film’s narrative and content are designed for children aged 5-11 years. It has a high proportion of visual content, making it ideal for younger pupils to engage with the subject matter. 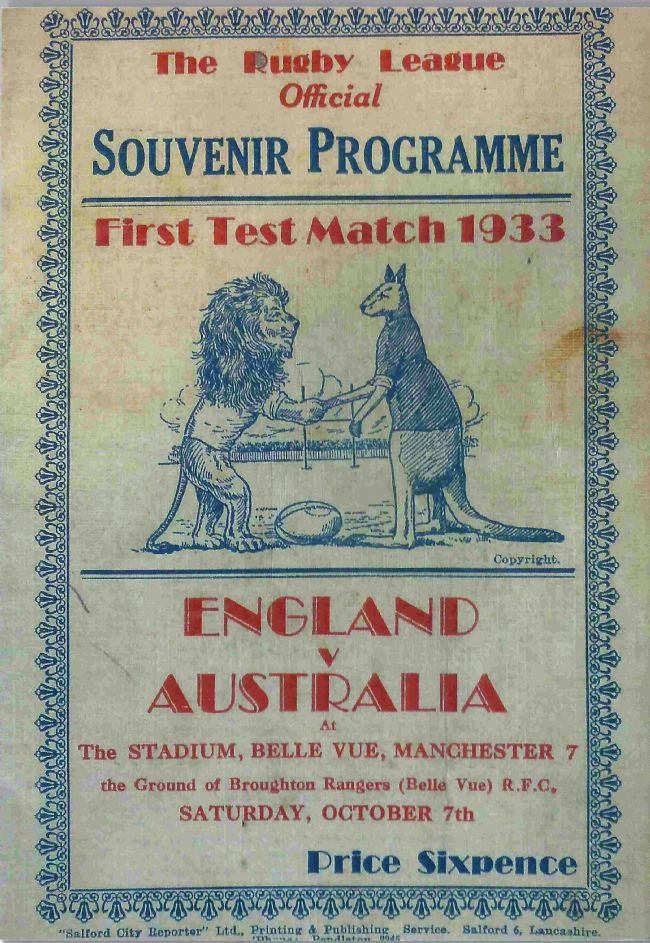 The film is 3 minutes 1 seconds long and includes stopping points with questions which are listed below. These can be used as a starting point for classroom activities or a way of finding out what students already know.

0:34 When do you think this rugby cap would have been worn?

RUGBY CAP: The rugby cap belonged to Henry H. Waller of Brighouse Rangers. He presided over the meeting at the George Hotel, Huddersfield, which became known as The Great Split. It is a ceremonial cap and traditionally, every international player who represents his country receives his cap on this occasion.

The cap design stems from a match played in 1839 by the Rugby School House teams and which was attended by the Dowager, Queen Adelaide. All their players wore red velvet caps with gold tassles. In this particular match, there was a very high number of players i.e. School House (75) versus The Rest (225). The velvet cap became a sign of attainment at Rugby school and was adopted as such by clubs as a symbol of national and international achievement.

RUGBY FOOTBALL: Early football is sometimes referred to as mob football. The game would usually be played between neighbouring towns and villages, involving an unlimited number of players on opposing teams, who would fight to move an inflated pig's bladder by any means possible to markers at each end of a town. Players could pick up and run with the ball and defend their position by kicking or worse. The game was violent, injuries were frequent, and fatalities not unknown. Between 1314 and 1667, football was officially banned in England alone by more than 30 royal and local laws.

This was the game adopted by English public schools, who applied their own rules. At Rugby School, numbers of players were unlimited, and players could handle the ball but not run with it towards goal. Running with the ball was introduced at Rugby sometime between 1820 and 1830. This version of football became known as Rugby football. Other public schools had their own versions, but it was Rugby School rules which became most widespread.

As the schoolboys left school, they formed clubs and associations to be able to continue playing the game as grown men. These clubs met to agree on a common set of rules.

The clubs which agreed that the ball could be handled, formed a union known as the Rugby Football Union. Some clubs disagreed with being able to handle the ball, and their version of football became known as Association Football.

1:06 Can you find out why I used the words football and rugby to describe the sport?

1:10 What can you discover about the reasons behind the Great Split?

THE GREAT SPLIT: When the sons of wealthy northern industrialists left their public schools and returned to their home towns to take over the business, they took with them an enthusiasm for Rugby Football.

They set up or supported Rugby clubs, and men were allowed to leave the mills and factories early on a Saturday afternoon to play in matches, without deduction of wages. The game was especially popular in Lancashire and Yorkshire and the crowds could be many thousand strong.

Training and diet regimes were introduced, and sometimes monetary inducements were offered to players from other towns to play for a particular team. It was suggested that the Union sanction “broken time payments”, i.e. whereby players who were out of pocket from leaving work early on Saturday afternoon, might be recompensed. The Union refused and northern clubs were accused of professionalism.

A series of meetings did nothing to resolve the matter and in 1895, at a meeting in the George Hotel, 22 northern clubs decided to form the Northern Rugby Union, which became known as Rugby League in 1922. That meeting was presided over by Henry H. Waller and became known as the Great Split.