Here are some of Leeds amazing sportsmen and women. There are many others of course - for example cricketer Geoffrey Boycott, athlete W.E.B Henderson, skier Jane Gissing, football referee Michael Riley, and tennis player Margaret Croft Scriven-Vivien.

With a host of winner’s medals including the London 2012 Olympic Games, The Glasgow 2014 Commonwealth Games, World Championships 2016 and the Rio 2016 Olympic Games, Nicola is one of Leeds foremost sporting heroes. 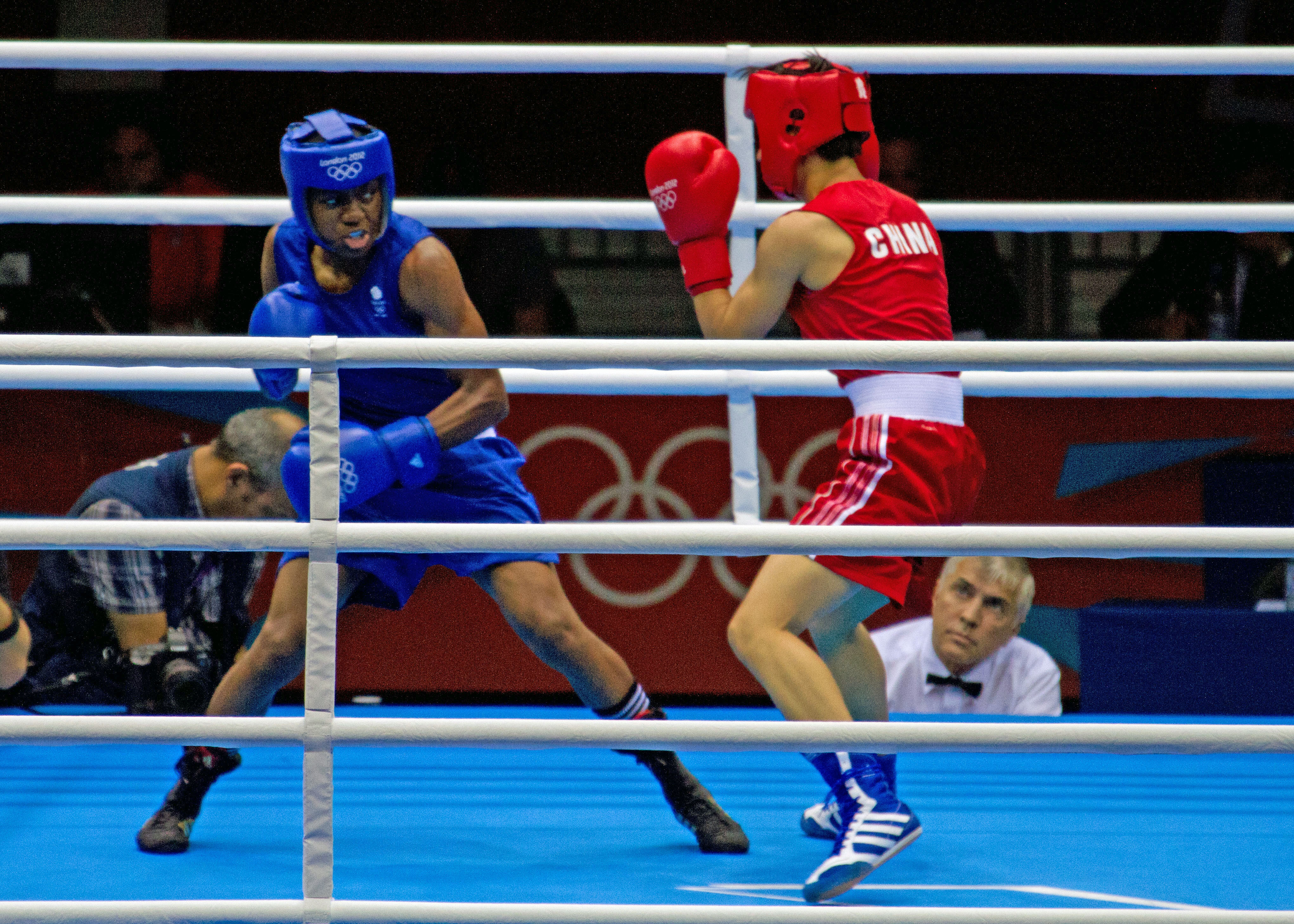 Nicola Adams in the Boxing Ring

She was born in 1982 and went to Agnes Stewart Church of England High School, Ebor Gardens, Leeds. She won her first boxing matches at the age of 13!

She is the first female boxer ever to win an Olympic gold medal and the first British boxer to successfully defend an Olympic title in 92 years.

Her nickname is The Lioness! In 2012, Nicola became the first openly LGBT person to win an Olympic boxing gold medal and she topped The Independent’s list of the most influential members of the LGBT community in the same year. 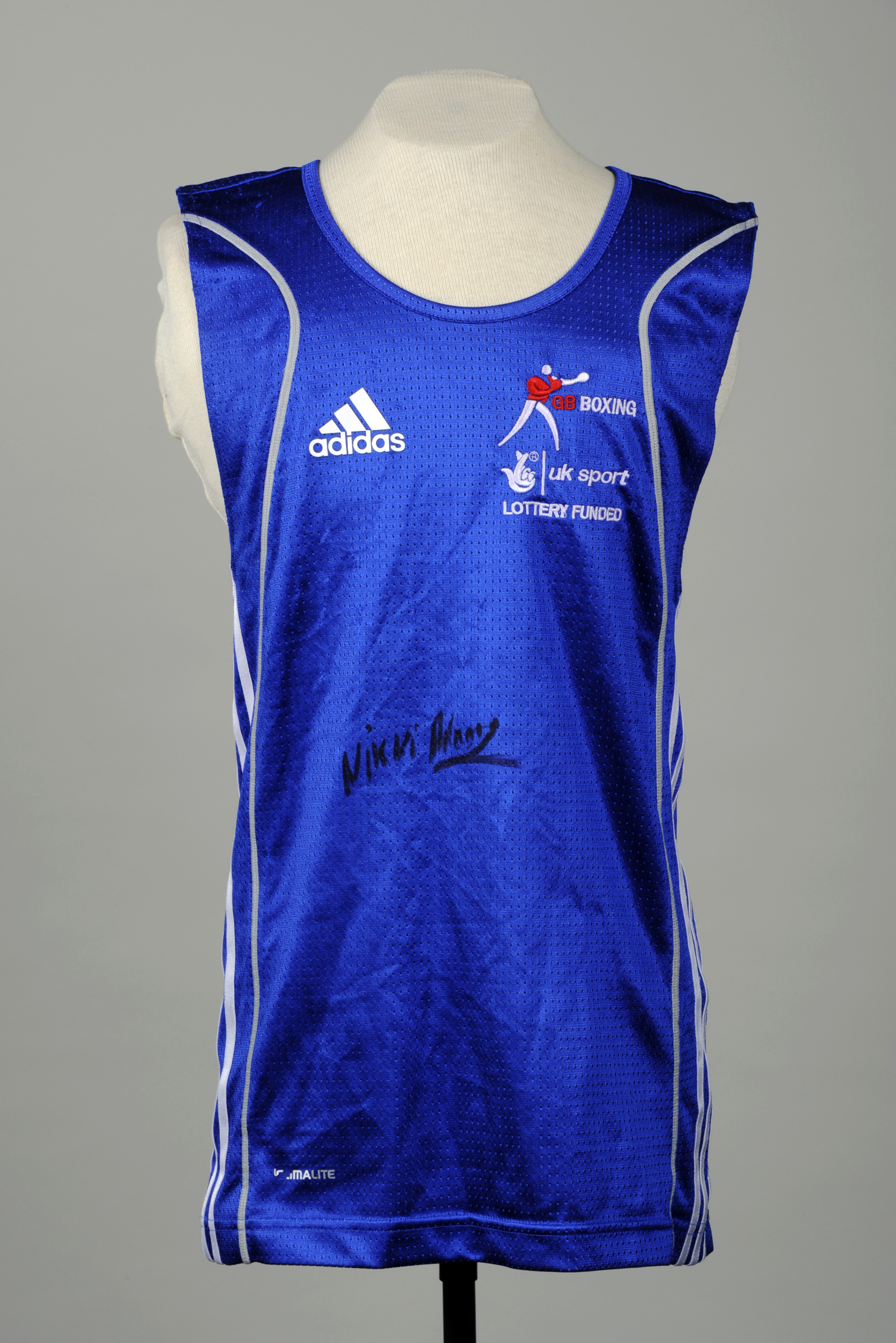 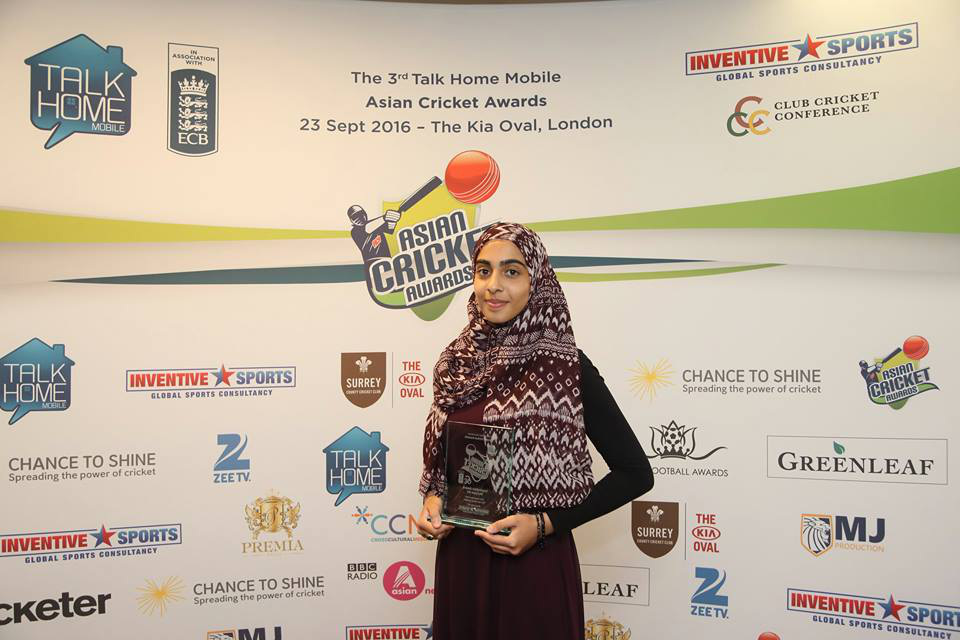 Behind every successful sportsman, women and team, is an inspirational coach! Leeds’s Maryam Ali is working across Leeds and Bradford helping to support the next generation of cricketers and increase access to the sport for girls. In 2016 Maryam earned Yorkshire Cricket Board’s Young Coach of the Year Award. She aims to be a role model to young girls, to ensure they are inspired to try the sport, and learn the values cricket brings both individually and communally.

The two brothers from Bramhope have been an inspiration to people who had previously barely heard of the sport of Triathlon! Between them, the brother’s have won lots of titles at Olympic and World Championship level. They have demonstrated that hard work and determination is the key to success.

In 2016, the brothers hit the headline for their putting sportsmanship and brotherhood ahead of success, when Alistair gave up the chance to win a race and instead helped his exhausted brother over the line.

See Supporting Links for more information. Leeds is seeing an increase in the number of people taking part in Triathlons across the city – quite likely as a result of the success of the Brownlee brothers. 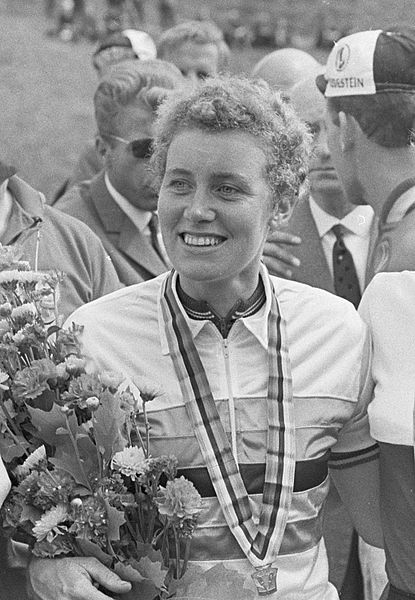 When asked “Who is the greatest female cyclist of all time?”, there are not many people that would answer “Beryl Burton of Morley!” However, Beryl was a remarkable cyclist who competed at the top level for 25 years, whilst managing shifts at the local rhubarb farm and caring for her daughter.

In the 1960s, she held record after record of not only women’s, but also men’s, cycling, and many of her records have never been broken.

This remarkable woman is barely known locally or nationally. This is partly because in the past only male athletes were celebrated as heroes. The video below shows Beryl in action in the 1962 women's prelimanary event of the Cyclo-Cross World Champions.

In 2016, actress Maxine Peake wrote and stared in a stage play about Beryl.

Kadeena was breaking records on the athletic track before being diagnosed with Multiple Scelrosis. 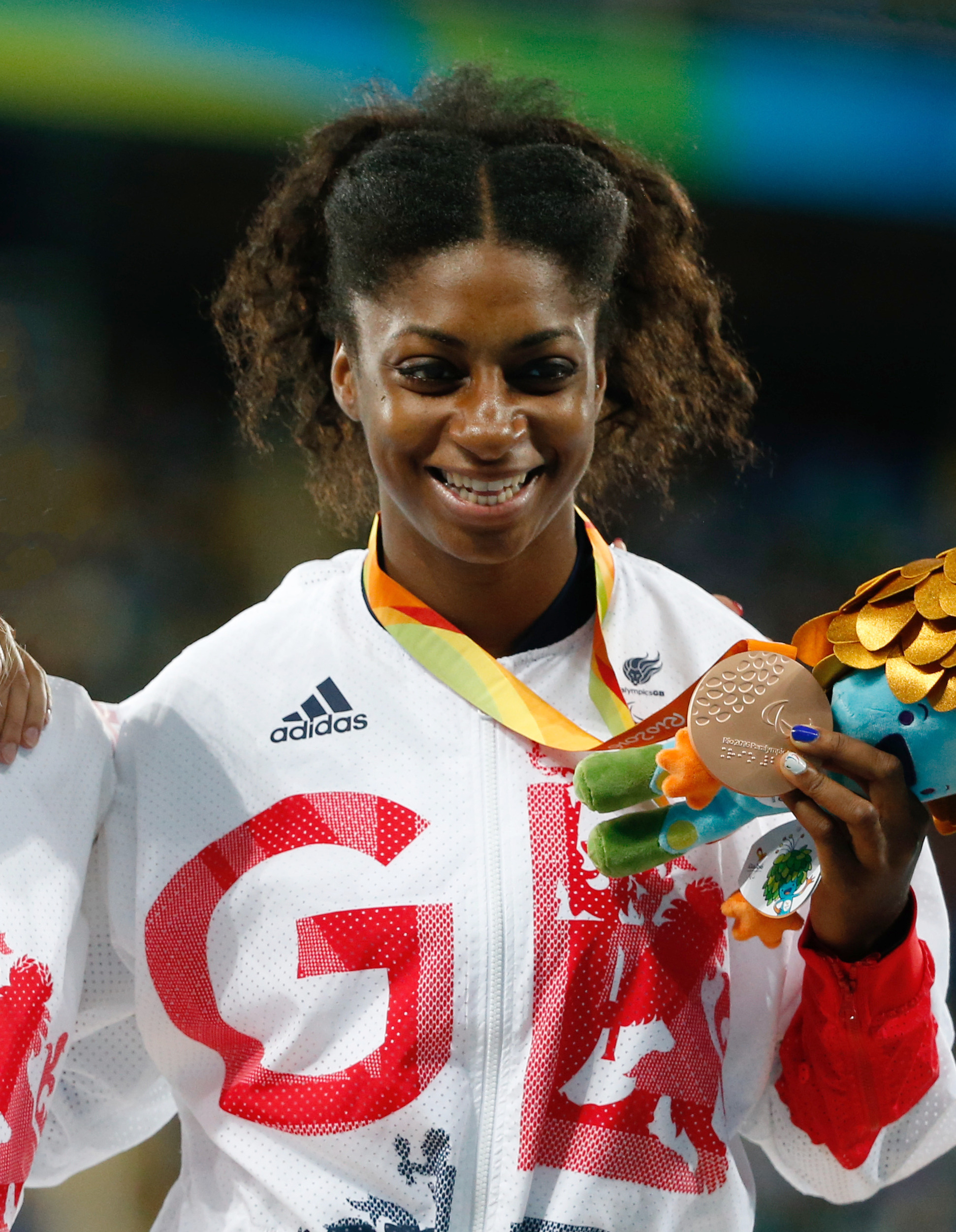 She switched to parasports, and has continued to win medals and break records. Most recently Kadeena won two gold medals at the Tokyo 2020 Paralympics, one for cycling, and one as part of the team sprint event.

Len Hutton was an outstanding cricketer. He played for Yorkshire between 1933 and 1955, and for England in 79 test matches between 1937 and 1955. He is known as one of the most technically gifted cricketers of all time – a fact that sometimes led him to be called a cautious player. Len went off to war at the age of 33, in the prime of his cricketing career. During service, he broke his arm and came back to the cricket field with one arm shorter than the other – a fact that led him to adapt to a new style of playing, rather than give up his love for the sport. Len’s cricketing career began while playing for his school team in Fulneck. 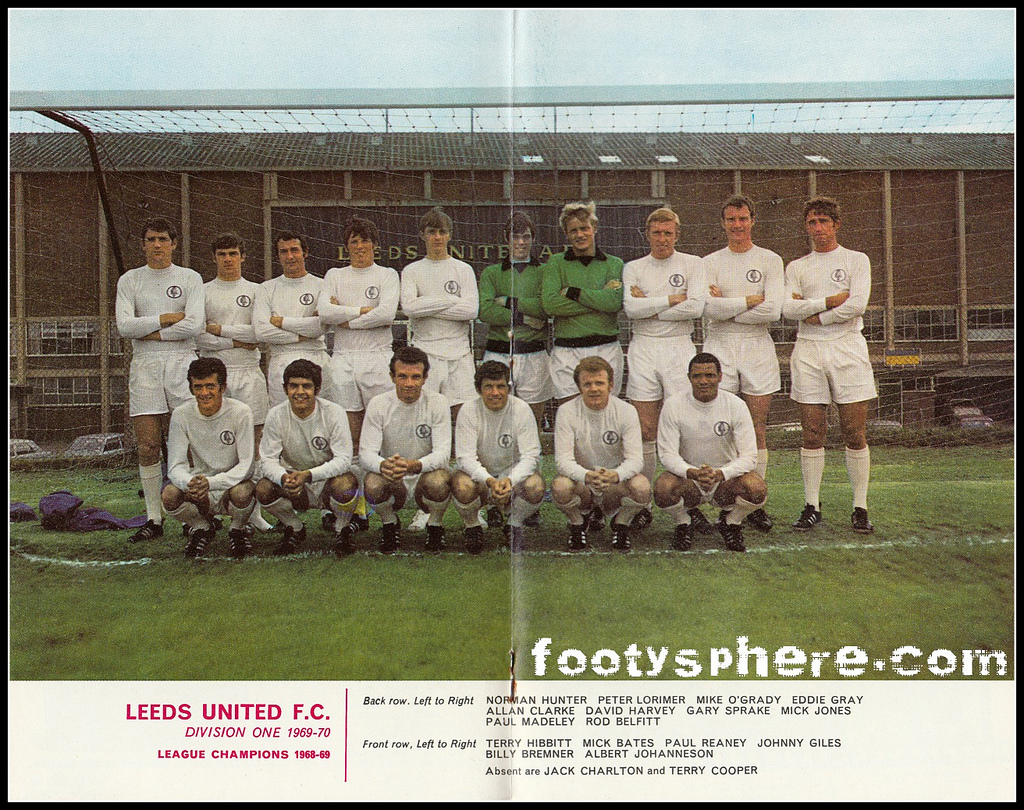 South African born Albert Johanneson signed to Leeds United in 1961 and was the first black player to play in the Football Association Cup Final in 1965. Johanneson had come to the UK in the hope of a better life, but frequently faced racist abuse in away matches. His skills led him to become a firm favourite with the Leeds Utd fans, and he became a key figure in Don Revie’s team. See Supporting Links for a link to a film about Albert Johanneson as a football player and to his club, and learn more about the struggle both he and other black players encountered in the face of racist abuse across the country. 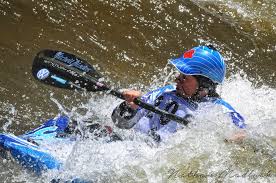 “the most successful female freestyle paddler of all time”.

Claire has an amazing outlook on sport. She competes and supports others to take part, understand about the sport across the globe. Her inspirational career began at Leeds Canoe Club. She later went on to win eight World Championships in many different disciplines along with a whole host of other awards. She won the Leeds Sportswoman of the Year award in 2014. 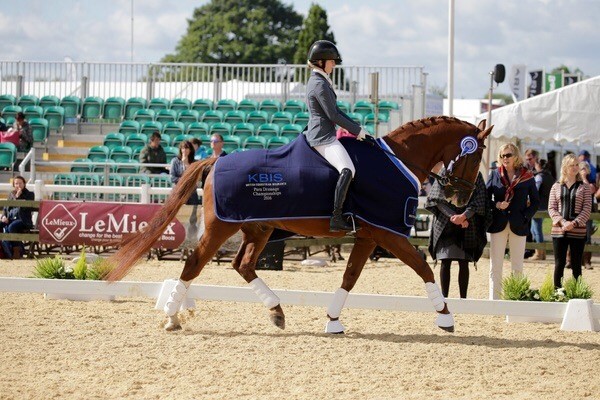 In 2018, Izzy Palmer aged 17, won the Leeds Sports Award Young Disability Sports Woman Award. She is aiming to complete in the Tokyo Olympic and Paralympic Games in 2020. Izzy is from Menston and has already shown outstanding sporting achievement. With a life-long love of horse riding, Izzy began her sporting journey at the age of two. She has cerebral palsy and used horse riding as physiotherapy for her condition. With a clear passion and skill, Izzy began competing in Dressage competitions after being inspired by the 2012 London Games. 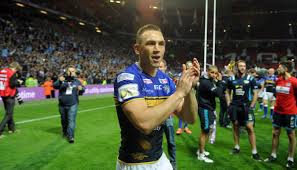 Even though he was born in Oldham, it would be impossible to write a list of Leeds sportsmen and women, without including Kevin Sinfield. With a record second to none, Kevin is synonymous with Leeds Rhinos – Leeds Rugby League Club. While he was Captain, the Rhinos won seven Super League titles, two Challenge Cups, and Three World Club Challenges. After retirement in 2018, Kevin returned to the Rhinos as Director of Rugby. He has provided an inspiration to many young people across the city. He works with schools and community clubs to get more people to take part in the sport. 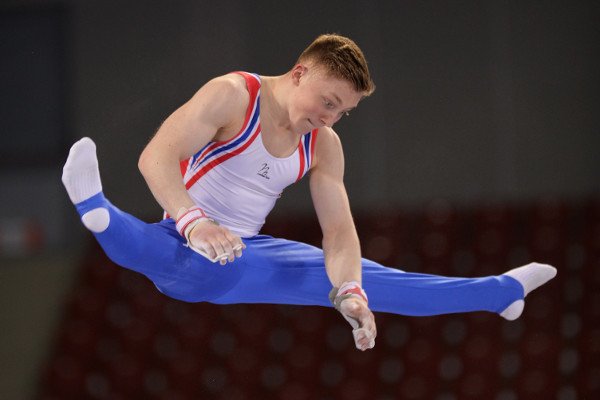 Pudsey’s Nile Wilson has excelled in the sport of Gymnastics with a stunning record of achievement. Nile won Gold in the 2014 Commonwealth Games and 2016 European Championship, Silver in the 2015 World Championships, and Bronze in the Rio Olympic Games in 2016.

Nile is supportive of the local community and helps children and young people to learn about gymnastics and the skills needed to achieve in sport.

He encourages them to excel in their own way. See Supporting Links to watch the film of Nile’s Gold Medal winning performance on the bars in 2018.