Covent Garden was mainly a middle class area but there were streets with families living in extreme poverty. These were known as slums and were terraced and /or back to back houses and flats, with several people living in one or two rooms.

There was also a large Workhouse on Endell Street near the market. Workhouses were founded by the New Poor Law in 1834. This dictated that the poor should not get benefits or relief at home but if they were destitute – too poor to pay for lodgings or food – they needed to go to the Workhouse in their local area.

Families were separated in the workhouse – husbands from wives, children over 7 years old from mothers. 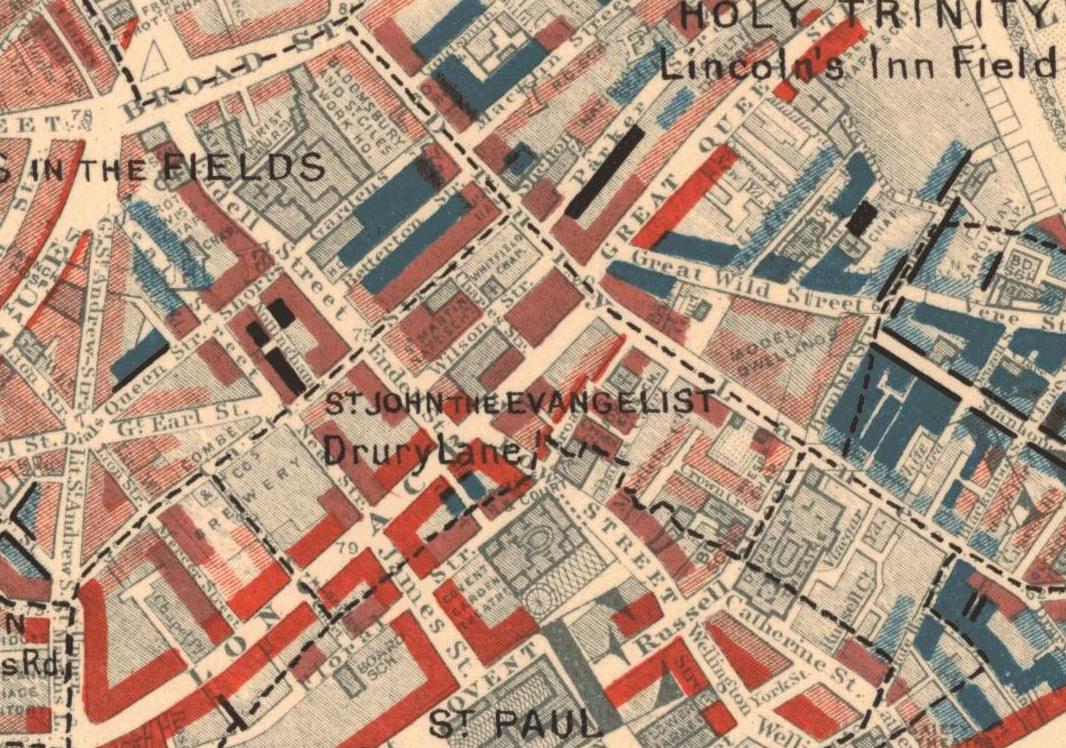 Workhouses usually had a hospital and Endell Street Workhouse had a ‘lying in hospital’. This was a hospital for women to give birth in. Zepherina Veitch was a midwife based there in the 1870s and she campaigned for midwifes to get proper qualifications and recognition, as well as better conditions for poor women to give birth. 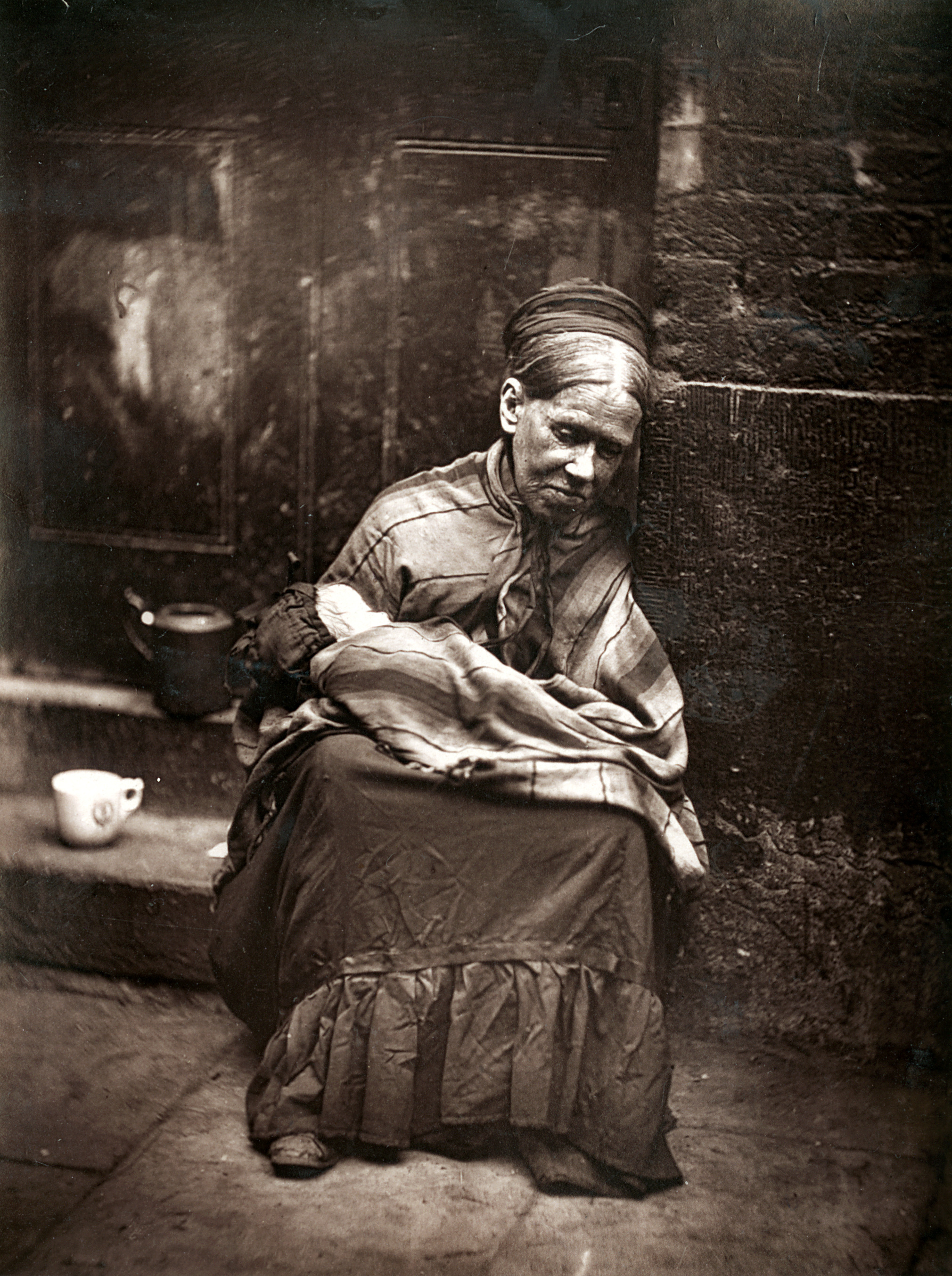 A Homeless 'Crawler' in Victorian London

This shocking image of a woman, probably in her 50s, known as a crawler was widely reproduced. It is taken on the steps of the workhouse on Short’s Gardens. Adolphe Smith says the woman earnt bread and a cup of tea by looking after the baby while the mother went to work. She was known as a crawler as these people were homeless and would ‘crawl’ from one area to another, sleeping outdoors or in casual wards.

Life around the Workhouse

The Covent Garden area was home to a diverse range of people, many were linked to service work in the theatres or domestic work for the larger houses around. There was a large population of Italians, many of whom had immigrated in the 1830s and 1840s. 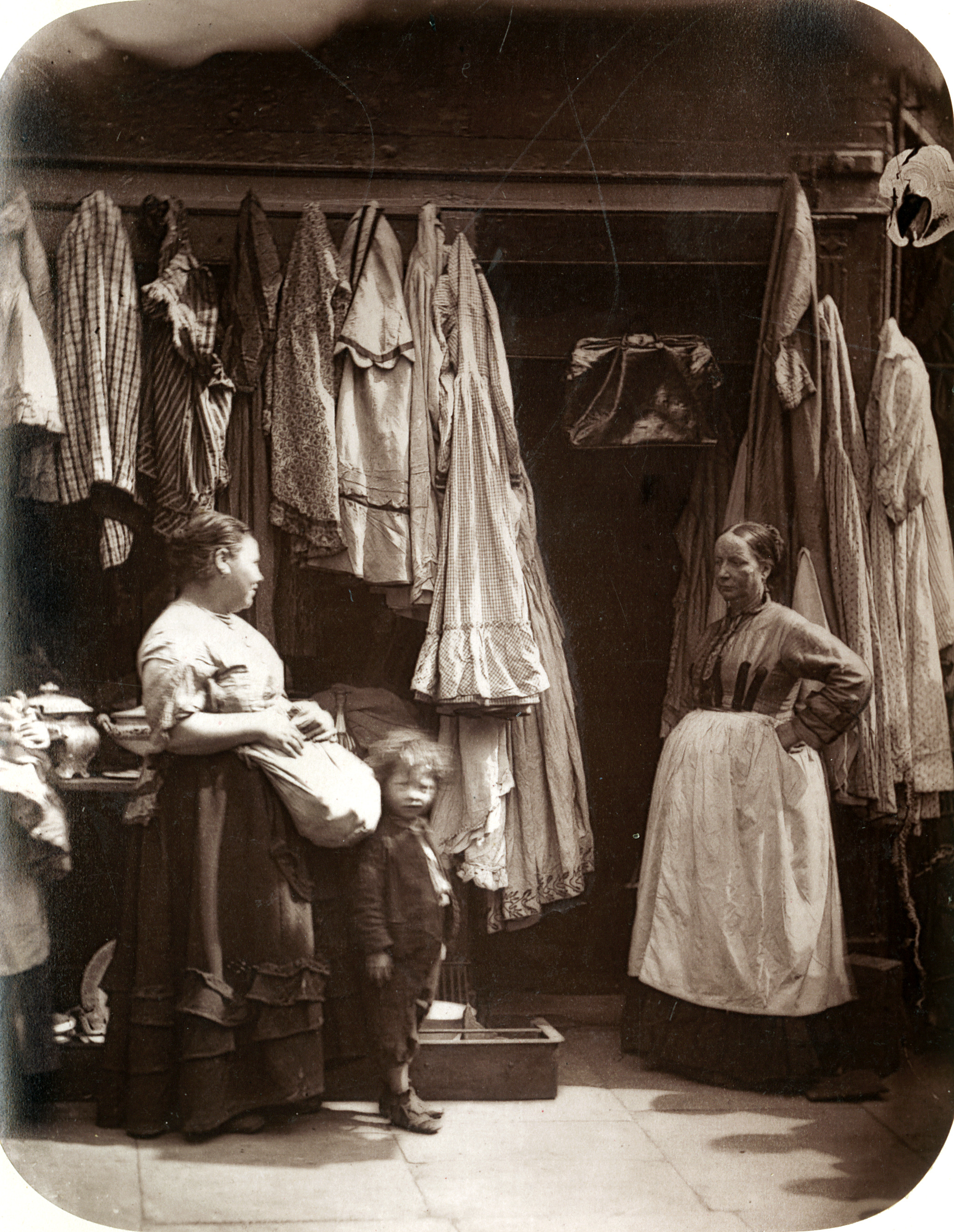 In order to avoid the workhouse people would often pawn – sell on but with a chance of buying them back – or sell their possessions.

Women’s clothes could more easily be sold on as they were easier to alter. These old clothes’ exchanges often stank, though Smith describes this one on Lumber Court as being fairly clean.

Charles Booth (1840-1916) was concerned by contemporary social problems. He thought that charity work and philanthropists like himself – literally ‘love of people’, meaning people who helped others – could only do so much in addressing poverty. In order to try to find out what percentage of Londoners lived in poverty, Booth organised and funded comprehensive social surveys of London life. 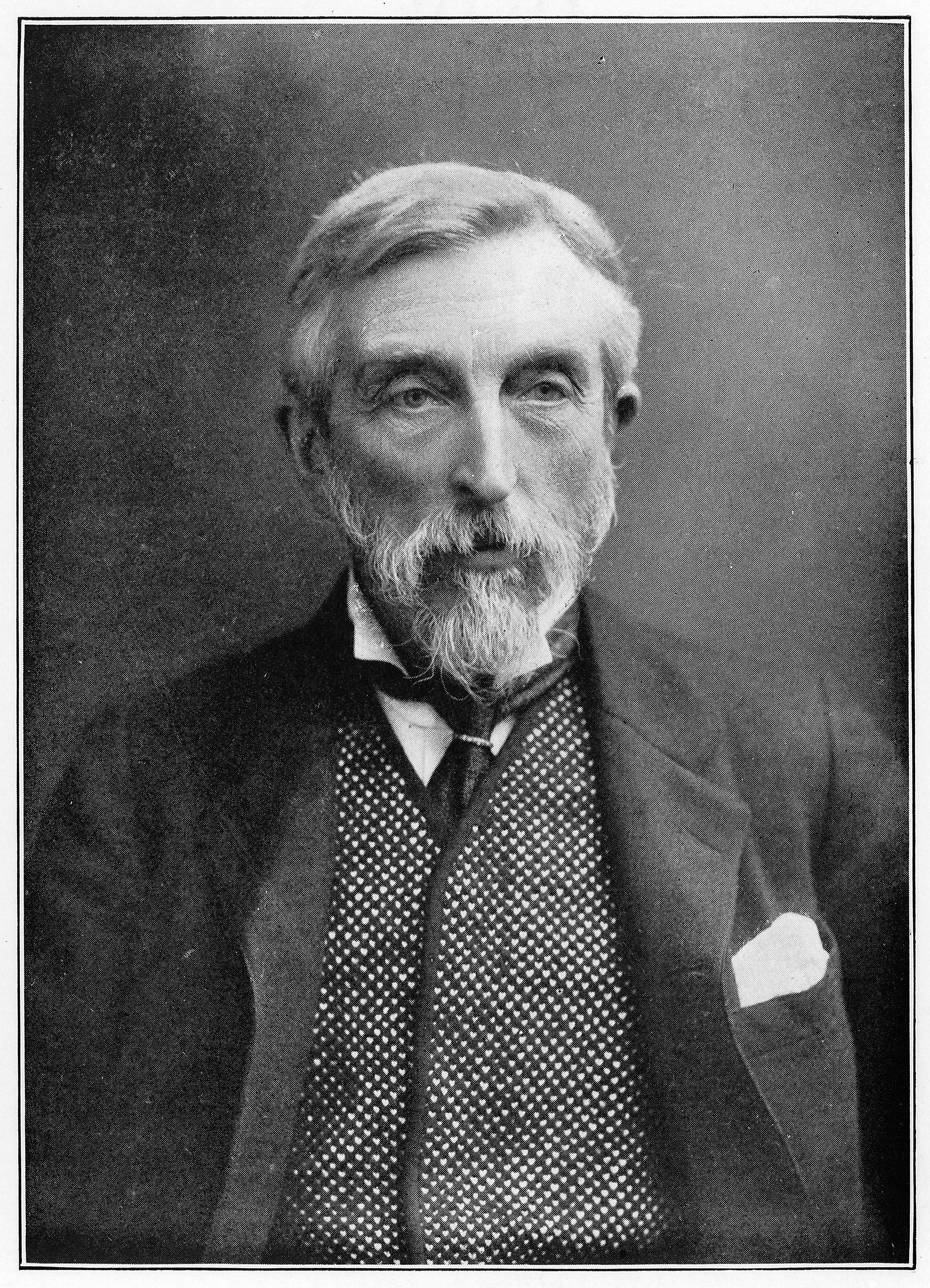 Booth was friends with people such as Octavia Hill of the Charity Organisation Society and Canon Samuel Barnett, who worked in the East End of London. Booth supported state old age pensions to alleviate destitution in old age. He was also a successful businessman based in Liverpool and London, running international interests in the leather industry and a steam shipping line.

Booth defined poverty by means and support rather than an exact income.

If people were ill, old or could not get stable sources of work then they could not support themselves or their families. The Inquiry found that around 30% of Londoners lived in poverty (the colours purple, blue and black on the maps).

Philanthropist – someone who takes action through charity and / or by voluntary means to help and support other people, particularly people who need help due to poverty, age or disability.

Back-to-back housing – this describes a type of housing in which houses are very close together in terraces and back onto each other with only a small yard and no garden.

Workhouse – an institution in operation from the 1800s until the 1930s to house the very poor and give them lodging and food in exchange for work. Conditions were grim, the labour was hard and monotonous and families would be separated.

The Social Pyramid and the Survey into London Life and Labour