The Social Pyramid and the Survey into London Life and Labour

Charles Booth’s inquiry was organised into three broad sections: poverty, industry and religious influences. The poverty series gathered information from the School Board Visitors in 1887-89 about the levels of poverty and types of occupation among families. 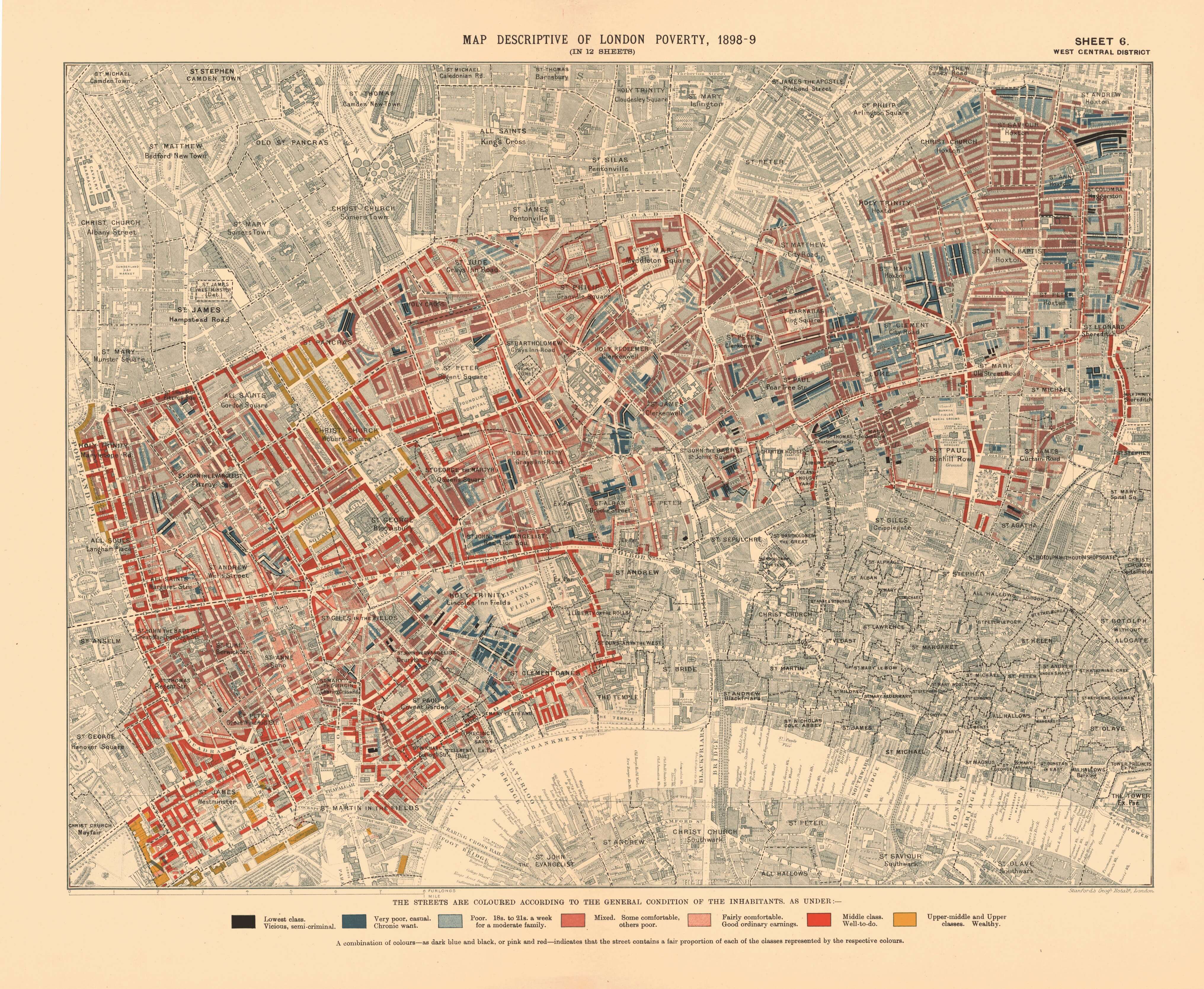 One of the most striking products of the inquiry were the maps of London, coloured street by street to indicate the levels of poverty and wealth.

The first of these series was produced in 1889 and was widely circulated and commented upon.

It was thought necessary to revisit the maps in the 1890s and a second series was produced, the Maps Descriptive of London Poverty 1898-99. These are the maps that LSE has in its collection and were based on the observations made by investigators accompanying policemen on their beats around London.

The Inquiry was used in various Parliamentary Reports, including one on sweated labour, and influenced new social reforms introduced by the Liberal Party after they came to government in 1906.

The Maps Descriptive of London Poverty are early examples of social cartography – a graphic based map showing the situation in the area – each street is coloured to indicate the income and social class of its inhabitants.

The colour code clearly shows the social pyramid of British society with yellow representing the wealthiest upper and upper middle classes, red the middle classes and blue the working classes with gradients of colour in between.

The seven classes are described on the legend to the maps as follows:

A combination of colours, such as dark blue and black, or pink and red, indicates that the street contains a proportion of each of the classes represented by those colours.

The Inquiry and the visual coding reflected the middle-class prejudices of Booth and his team of social workers. The lowest class – the black streets – were seen as ‘semi-criminal and vicious’. Booth considered this class to be a drain on society.