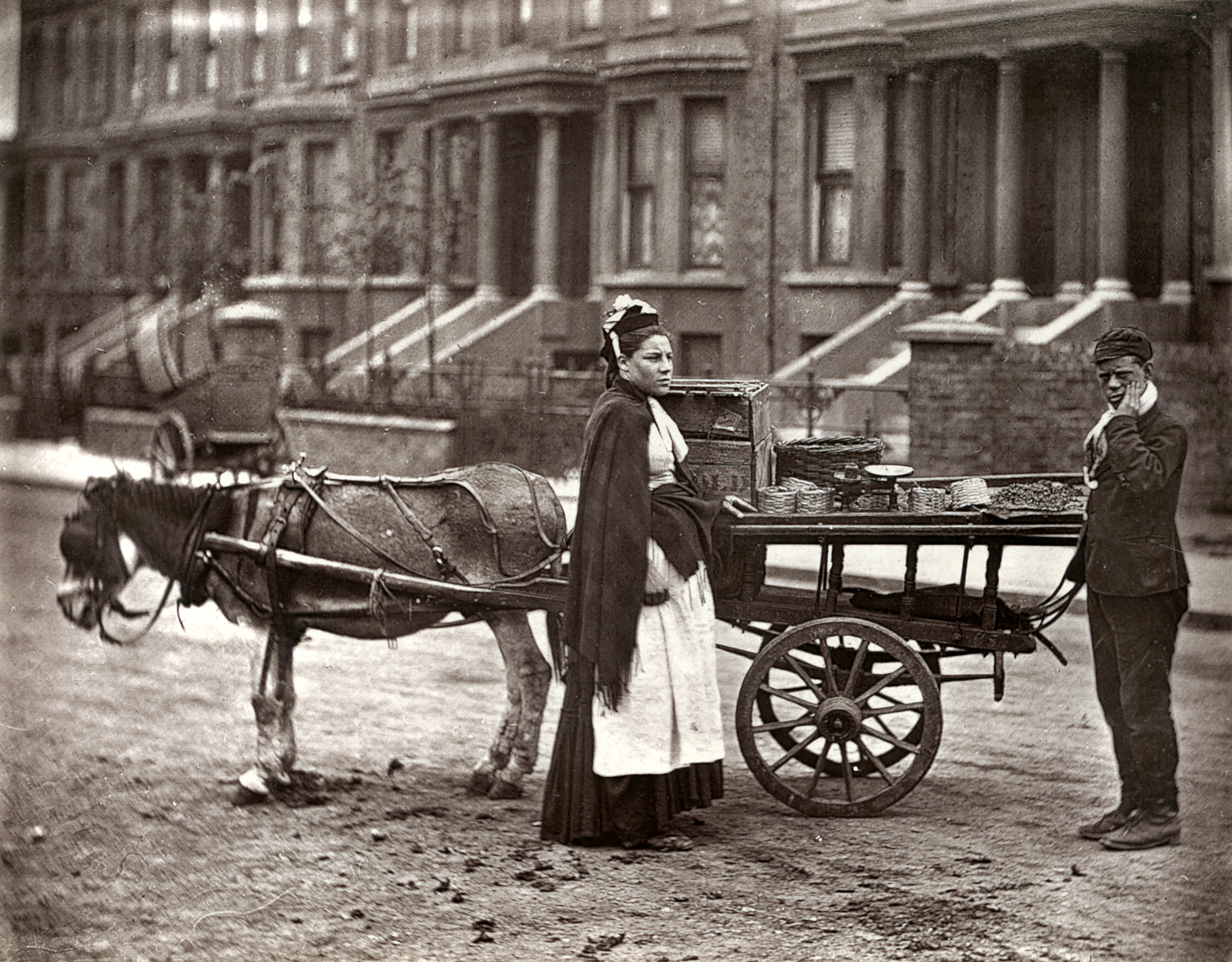 Covent Garden was a place of leisure and pleasure as well as of labour. The two theatres – the Covent Garden and Drury Lane – were the only two ‘patented theatres’ (i.e. theatres with royal approval) until the end of the nineteenth century. It was where the upper-classes would go to see opera and plays.

It was a good place to sell flowers and drinks as lots of people went in and out of the area due to the market. Working people could buy strawberries cheaply when they were in season in June. 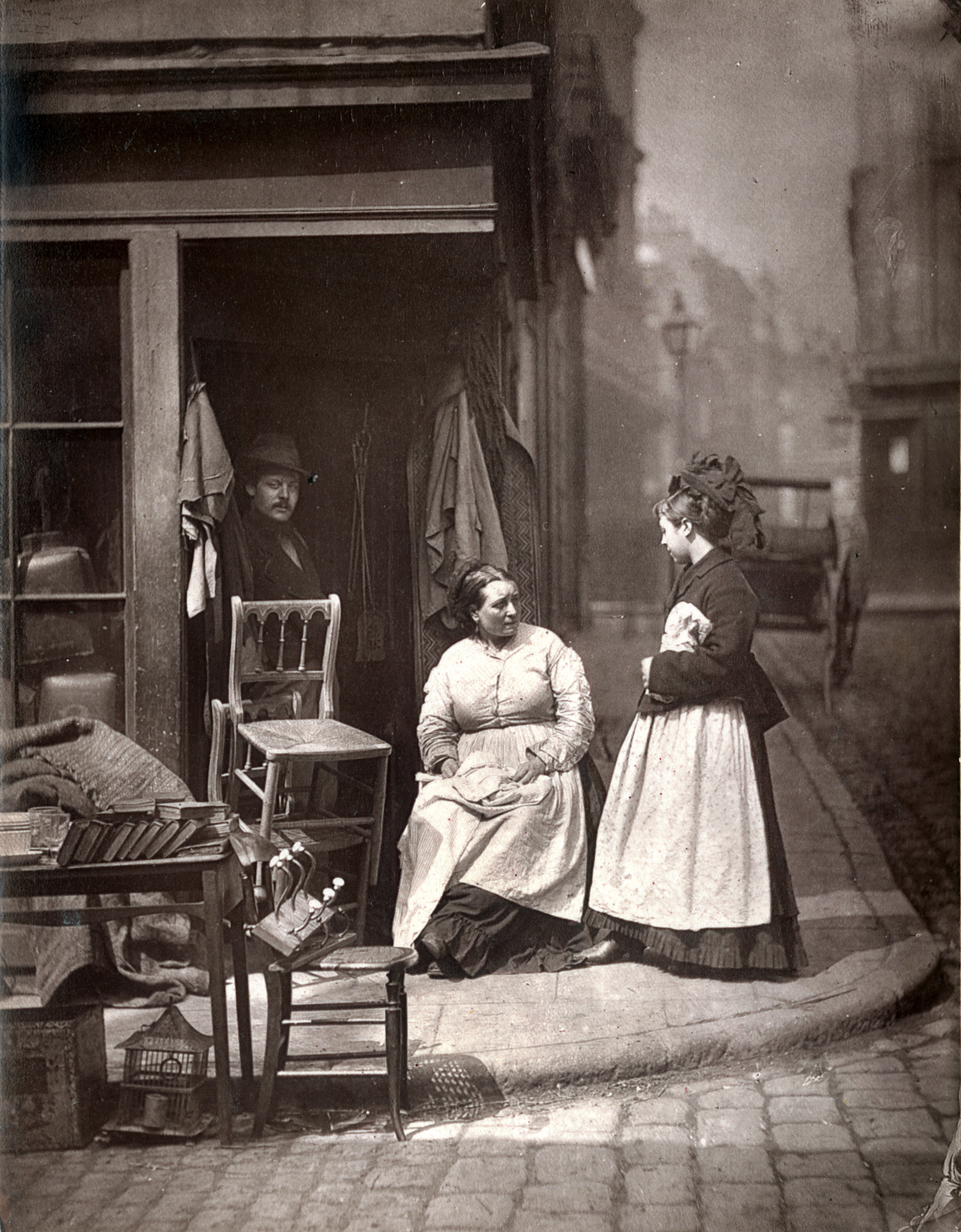 The slum areas around Covent Garden were being ‘cleared’ even as Adolphe Smith was interviewing people. The furniture shop depicted – where people would sell and buy second-hand furniture – was at the corner of Church Lane in Holborn and was about to be torn down.

The shop keepers and landlords did not like a visibly working class shop being so close to the growing middle-class West End shopping district.

Covent Garden had a lot of pubs. Drinking happened in them and spilled out onto the streets around. These pubs mainly sold beer and spirits. Alcoholism could be a problem.

People partly drank to keep warm and give them a place to escape the streets or overcrowded rooms.

However, pubs were also community hubs and meeting places. This ‘cook-shop’ on Drury Lane – a pub that sold food and drink – was run by Mr Bayliss, a retired policeman. He hired released prisoners to train them up, give them a home and keep them from further criminal activity. 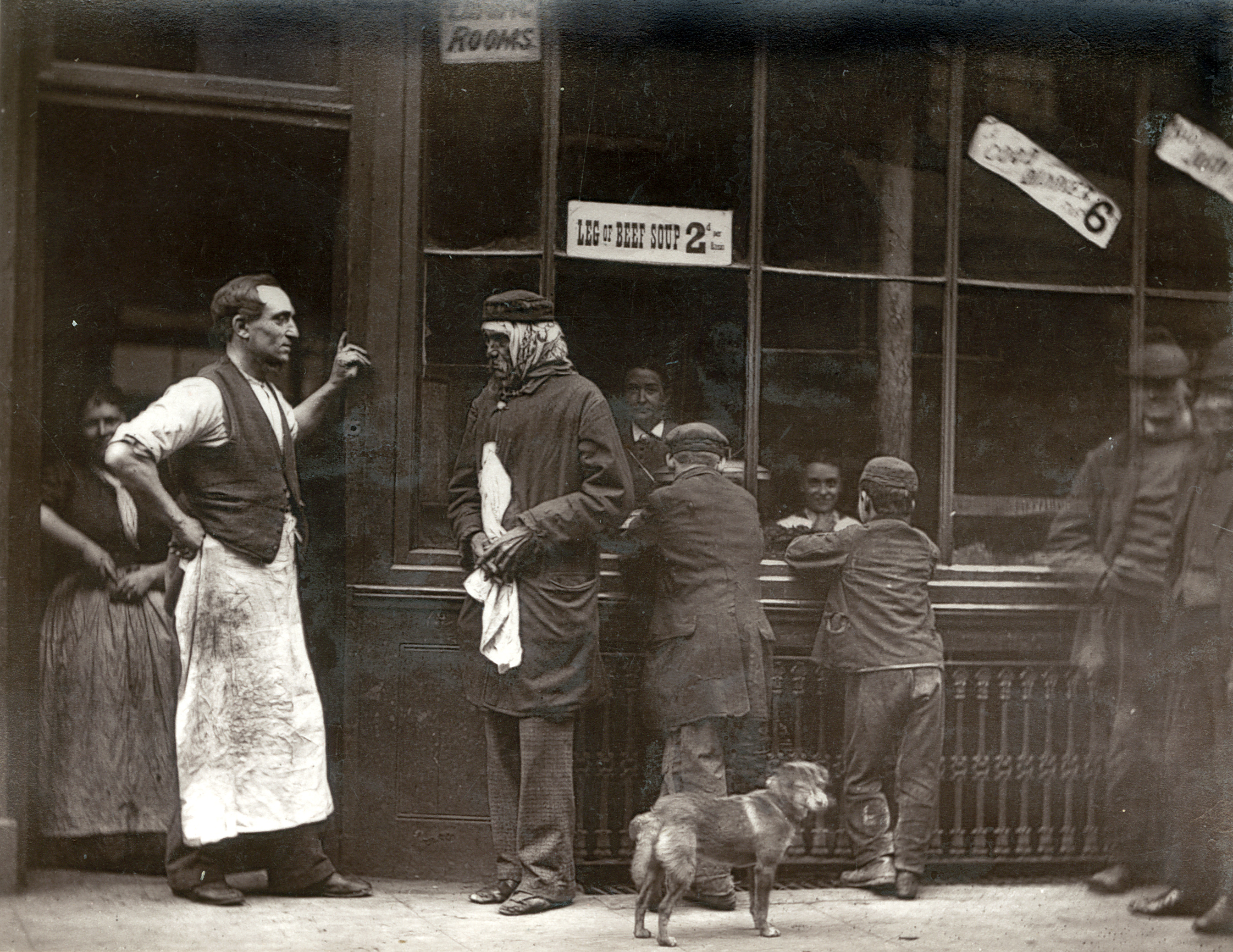 A Home for Convicts in Victorian London

The police notebooks in Booth’s Survey of London Life and Labour recorded the crime in areas as the people recording details accompanied police constables in the 1890s. Covent Garden was well known for petty theft like pick pocketing, fights caused by drink and prostitution – the selling of sex for money.