The Arts at Heritage Quay

The film gives an outline of the development of British theatre. At local level, the focus is on three diverse local professional and amateur theatre companies, and provides a starting point for research into Huddersfield’s historic theatre buildings.

The film is 3 minutes 13 seconds long and includes stopping points with questions which are listed below. These can be used as a starting point for classroom activities or a way of finding out what students already know. 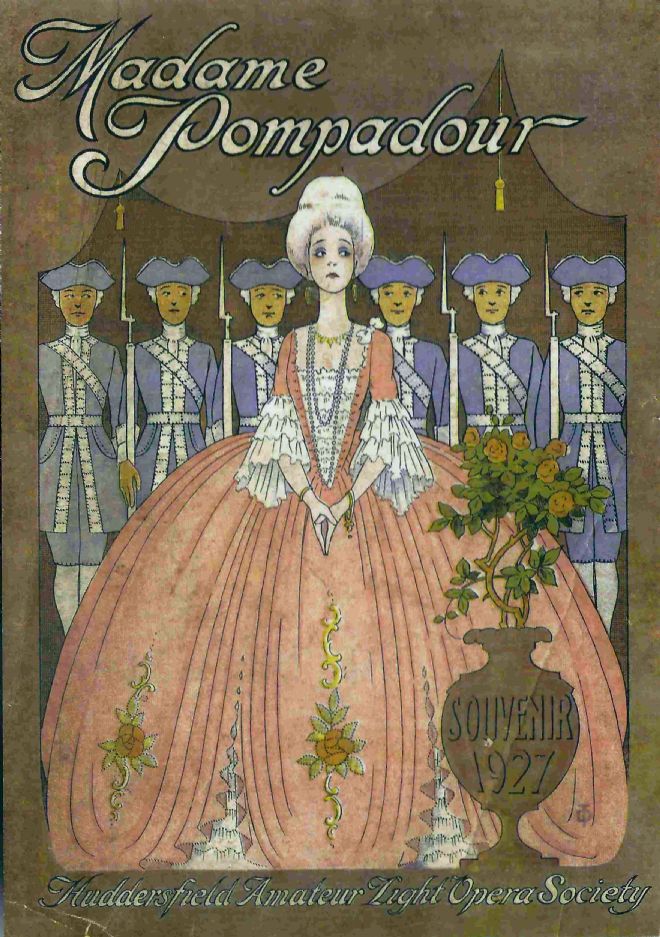 1927 Souvenir Image of a Performace of Madame Pompadour.

Early theatre was religious theatre. During medieval times, the church used miracle plays and religious stories as a means of control and distraction. Early plays took the form of mystery cycles which dramatized Bible stories, and the lives of saints were portrayed in miracle stories. In this way, moral messages were disseminated

throughout society. Gradually the idea of organised performance took hold and this developed into the theatre of today.

Performances took place on pageant wagons in town squares or church grounds. The wagons comprised a stage, sometimes with two levels. The wagons processed through the streets and from village to village, stopping at pre-arranged sites to perform. In some towns, stages or scaffolds were fixed to allow a permanent staging area. (See the BBC and VAM websites in Further Links and Resources).

Religious theatre was banned by Henry VIII for fear of spreading the Catholic faith. Entertainment at court was important however, and small companies of actors sprang up, who performed in royal and aristocratic households. The King could grant these companies a licence to perform in public as well, if they were sponsored by a nobleman.

The first public performances often took place in enclosed spaces, such as the courtyards of public houses. In the mid-16th century, purpose built theatres began to appear. Most were circular in design with an open courtyard and the audience stood on three sides of the stage.

This question directs students to consider theatres in Huddersfield, of which there were many in the 19th and 20th centuries. This website contains a wealth of information about former theatre buildings in Huddersfield

The buildings have been used variously as a riding stables, cinema, pubs, and a night club on the site of the new market hall. In the case of the riding stables, the original use can still be discerned from the stone relief of a horse above its entrance (the former Hippodrome , opposite the University). The website also gives details of some of the performers who appeared at the theatres.