In December 1942, William Beveridge published a report that was officially called Social Insurance and Allied Services, but it swiftly became known as the Beveridge Report. A press report from the time stated that it:

‘became the discussion topic of the whole country, because if it is adopted by the Government and put into force it will revolutionise the whole life of the British people’. 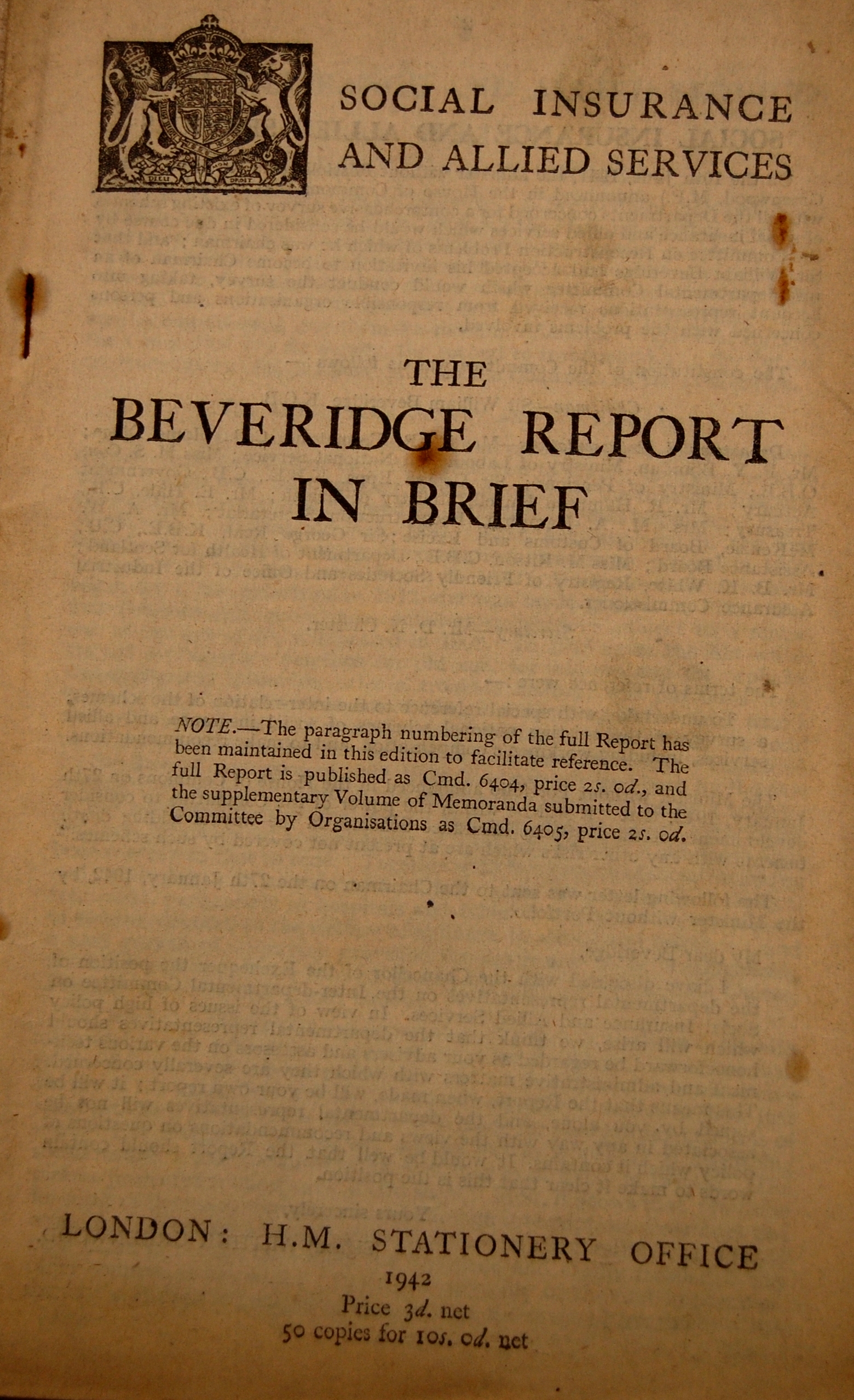 The report ‘envisages a future of state and citizen co-operation’ that partly came out of the collectivism – the state, communities and people coming together to work for the common good – brought by total war. The introduction of Free School Milk and Meals in 1941 was arguably a collective measure to improve living standards and a precursor to the reforms proposed by Beveridge.

Beveridge’s report made recommendations to the government, but it was not certain that what Beveridge proposed would happen.

Among the most famous elements of the report were 'The Five Giants'. These were personifications – abstract ideas represented by people – of the most pressing issues facing the country: want, squalor, ignorance, idleness, and disease. 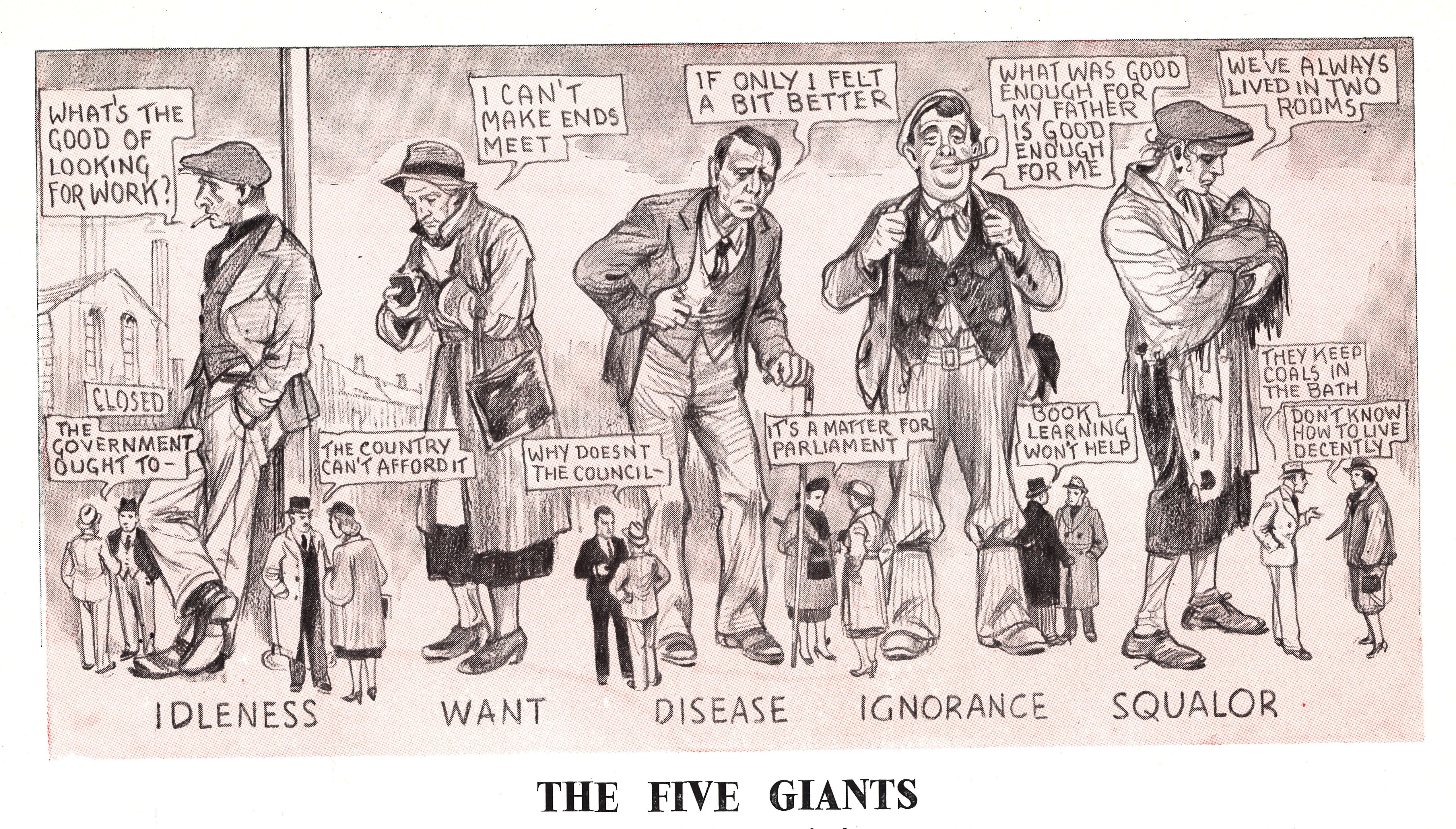 Beveridge sought to defeat the giants through redeveloped social services, including a free health service (later the National Health Service), family allowances and social insurance to help people deal with periods of unemployment.

What the report said

Beveridge proposed a universal system of social insurance financed by the state with contributions made by employers and employees from their pay. A flat-rate basic (subsistence) payment would be made to protect people not working through sickness, unemployment or old age. This meant no means testing and everyone received the same amount whatever their social class or income. 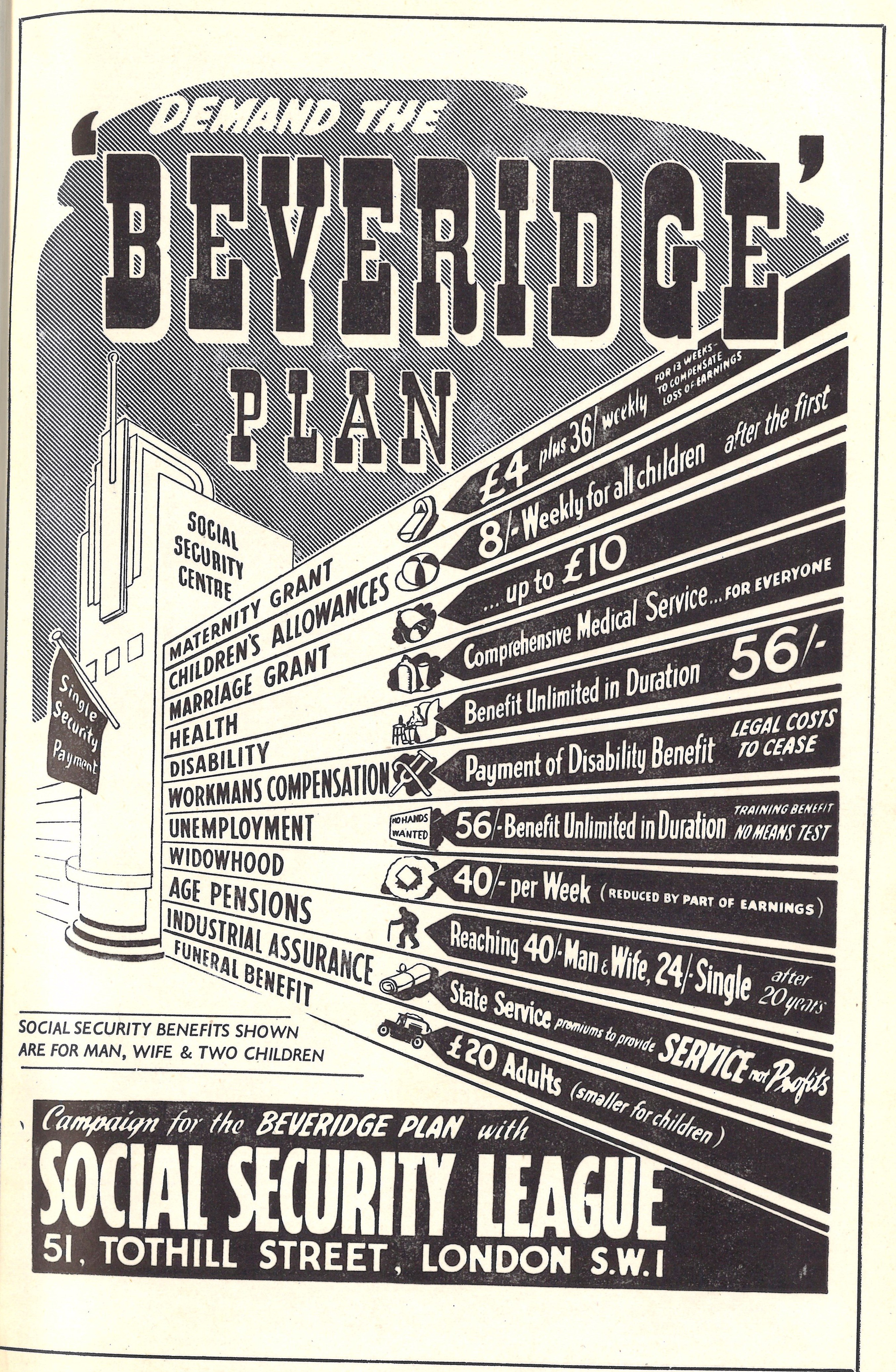 Poster: Guide to the Beveridge Plan, 1943

The insurance would be taken from pay at a flat tax rate across all pay. It was a minimum income for subsistence to – as Beveridge put it – prevent Want but discourage Idleness, i.e. the incentive was to work.

There was a commitment to full male employment for the proposals to work so enough money came from employee and employer to the government. It was presumed that it would be men who worked and who were the main income provider for households.

This created a number of problems for women who, if married, were assumed to have a wage earner supporting them. This restricted their access to full benefits and limited women’s options for work. 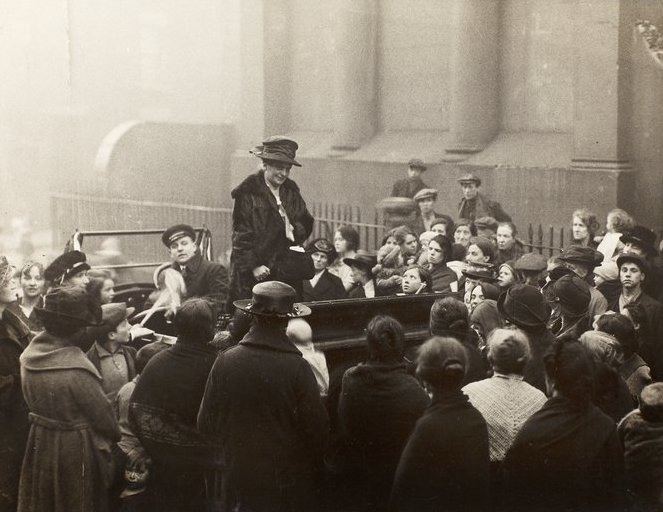 Eleanor Rathbone Campaigning in the 1920s

The MP and women’s rights activist Eleanor Rathbone had campaigned since the 1920s for a separate family allowance. This was for the maintenance of children to be paid to mothers. Beveridge proposed that this should be introduced in the report.

'A Time for Revolutions'