'A Time for Revolutions'

Over 650,000 copies of the report were sold – a very high number for a government document. Copies of the summary were given to men and women serving in the armed forces.

Beveridge’s recommendations for free medical treatment of every kind for everybody as well as social security benefits and state pension provision would ensure the ‘hungry thirties’ could not happen again. A great deal of health and social care had been provided by charities and religious organisations, particularly for those who could not pay for doctors. Beveridge took evidence from many of the people working for these organisations. He suggested that they could continue to work alongside new government bodies in continuing to provide care.

The ‘total war’ of the Second World War meant that people at home were affected by the conflict through evacuation, food rationing and war work. All social classes were affected by aerial bombing raids, though the homes of working class people – who tended to live nearer to industry or docks – were damaged more.

Beveridge also received letters and poems of support from members of the public. Many were grateful that the report argued that the ‘hungry thirties’ of mass unemployment, means testing and divisions caused by poverty should not happen again. A survey carried out in early 1943 showed 86% of the public supported the report (British Institute of Public Opinion). 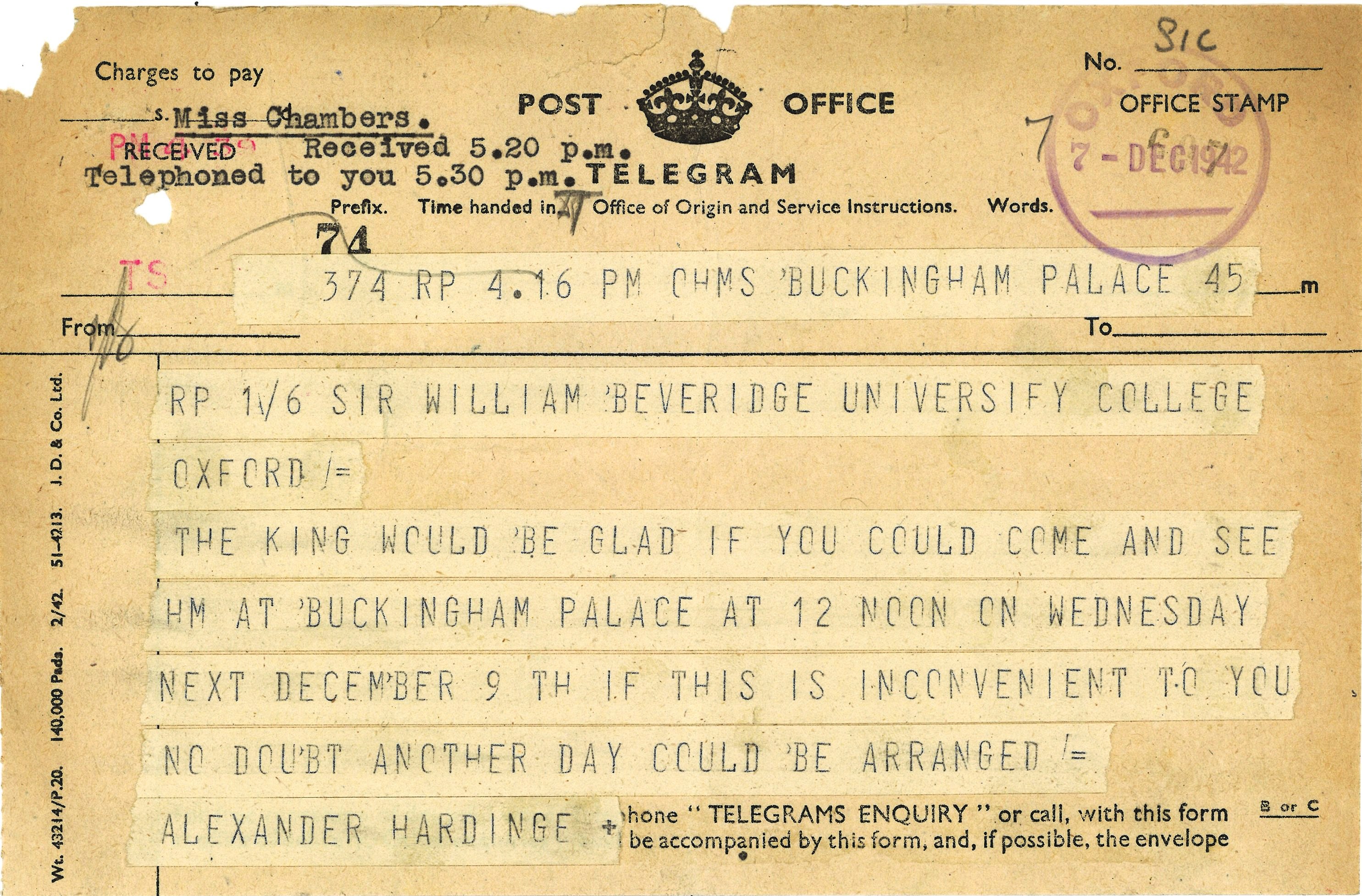 Telegram from Buckingham Palace to Beveridge, 1942

The telegram illustrates interest in the report, even from the royal family.

A poem ‘Memories of Sir William Beveridge’ was sent to William Beveridge by Albert E. Opie, an ‘Old Age Pensioner’, to wish him success. NB: The ‘Commons’ refers to MPs making the recommendations in the report law.

At last, there is A Saint on Earth. An angel he would be
if only he could have his Will
and make the Commons pass the Bill.

And to the Boys that’s gone to fight,
that they should see a shining light,
when Poverty and Want no more
shall ever reign on Britain’s Shores.

Beveridge was a well-known academic and civil servant. He used popular methods of communicating, such as radio during the 1930s and knew influential people. A talk by Beveridge was broadcast by the BBC on the radio on 2 December 1942. This broadcast was translated into 22 different languages. 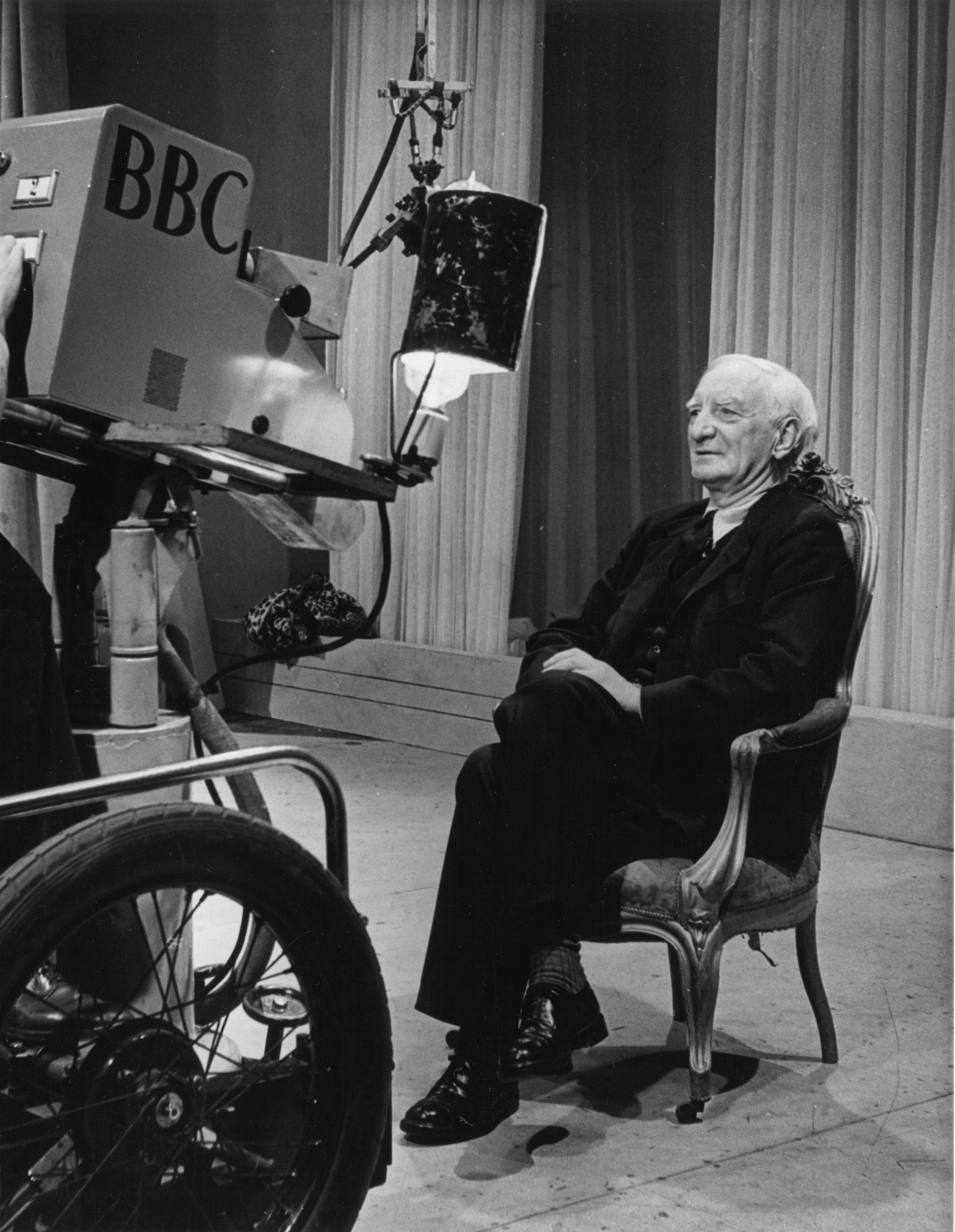 In this radio broadcast, on the day the report is published, Beveridge explains his radical plans for economic and social reform in post-war Britain. He argued we need ‘the abolition of Want before the enjoyment of comfort’.

The report was used as propaganda as a promise of what was to come in peacetime. Free healthcare and a non means tested benefit system were reasons to fight for most people. It was circulated to troops and dropped in parts of occupied Europe.

Social Security from ‘Cradle to Grave’