Civilians and the Home Front

The Home Front Legacy resources are formed from a series of themed packs (Air Base, Army Camp, Coast, Countryside and Town).  Each themed pack includes the following resources:

Each pack is available on the Resource page.
Below are guidelines on how to use these resources, and activity ideas that can be used across the different themed packs. 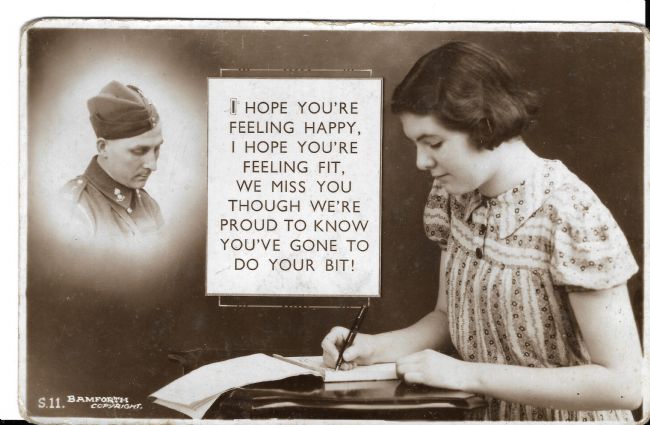 There are five illustrations showing different aspects of the Home Front landscapes of the UK during WW1.  They are: Town, Air Defence, Army Camp, Countryside and Coast.

The  landscapes are imagined but all of the buildings, military activity and people going about their day-to-day business are based on real places and events that formed part of the Home Front story.

The illustrations can be joined together to create a wall display for your classroom.  A complete set is available on the Resource page.

In some of the illustrations, the Home Front activity is quite hidden from public view and will not be evident until the clue cards and historic photographs are introduced.

There are six historic photographs and six clues per picture.

The story cards will help your pupils or group members to research a Home Front story in more depth. Read the story cards and use them to inspire further research into subjects such as the roles of women on the Home Front, the Zeppelin raids, and the stories of Belgian refugees.

The character cards show pairs or groups of people involved in conversations (often whilst other activity is also taking place).

Aerial photographs: Photographs taken from an aeroplane, helicoper or drone.  They show the landscape in plan from above.  Archaeologists use them to find and record sites.
Archaeology: The study of people from the past and their history by looking at the remains they left behind.
Archaeologist: A person who investigates the past through archaeology.
Earthworks: Features that leave a physical mark on the landscape, for example, lumps and bumps.  One of  the most common earthworks from WW1 is trenches.
Field recording: The process of finding and recording physical remains and buildings.  Archaeologists use field recording to create a record of historic landscapes and buildings.
Home Front: Civilian life at home during wartime.
Map: A plan scale drawing of a landscape showing buildings, roads, hills and other important landmarks.
Munitions: Bombs, bullets, explosives and shells used during the war.
Plan:  Plan drawings and photographs show the landscape from a bird's-eye-view.
Requisitioned: The process of taking control of land or buildings by the Military.
Uniform: The special clothes worn by a soldier, sailor, airman or factory worker.
War effort: Describes the work people do during wartime to help support the army, navy, airforce and country as a whole.
Next section