During blackouts every trace of light had to be blacked out. Special blackout fabric was made available to cover windows. Bulbs were removed from lamps and car headlights had to be covered with special stickers. Street signs were also removed so that streets could not be identified by invading forces or from the air. 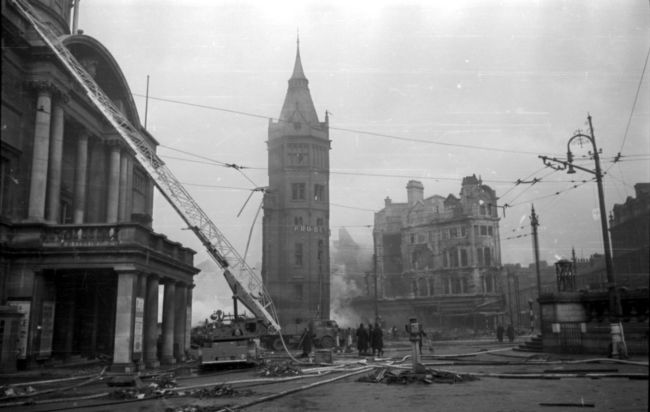 Shops were fitted with an extra front door to make sure light didn’t escape when people went in and out of the shop.

During the war there were a lot of road accidents. People still had to go about their business as usual - going to work and school, or going out in the evening - but it was far more dangerous. There were no car lights or streetlights, and damage caused by bombs meant there were potholes and rubble in the road and on the pavement. A lot of people had road accidents because of this.

Take a look at the newspaper article below from the Hull Daily Mail from December 1940. What do you think could be done to stop all these traffic accidents?

Listen to the audio clip of Shirley talking about the blackout.