The government knew that bombs would be dropped on Britain so at the beginning of the war they decided to move children to safety in the countryside. This was called being ‘evacuated’.

Young children (under five) were allowed to take their mothers with them but older ones had to go on their own. Every day children would arrive at school with their suitcases packed, in case when they got to school they were told they were going to be evacuated that day, as it was a secret until then. Children were taken to the Paragon station and boarded a train to their new home. 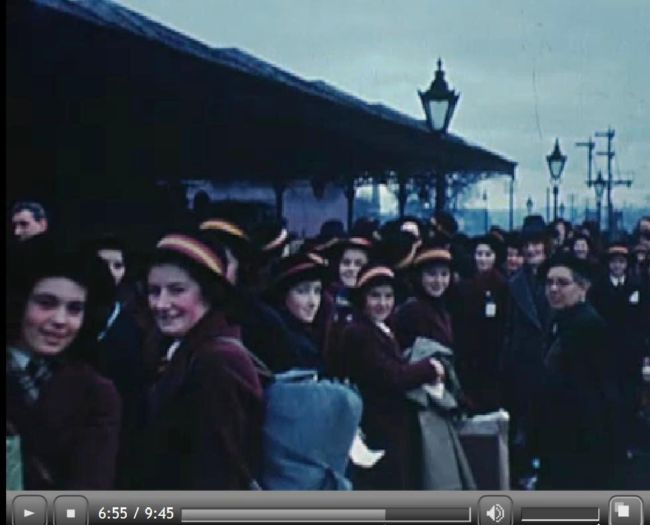 Film still of Hull Girls Being Evacuated During WW2

When children got to their destination they were met at the train station by all the people in the village who had rooms and beds to take people in. The adults would choose the children they liked the look of best, and brothers and sisters weren't always kept together, with many being split up.

Listen to the audio clip of Win describing life at school as an evacuee.

Evacuees Win and Barbara go to the village school

Once in the countryside you had to start a new school and make new friends which isn’t always easy. Lots of children loved their new homes and being in the countryside, some had never left Hull. There were lots of outdoor activities to do in the countryside as well. Some children had a hard time fitting into their new families, homes and schools and were really homesick. It was especially hard because they knew their families were in danger of being bombed in Hull.