In Jewish families education has traditionally been seen as very important. The growing numbers of Jewish people arriving in Hull soon needed their own school.
The first Jewish School in Hull opened by 1826, in just one room at the Robinson Row synagogue. Twelve years later a free school for poor Jewish children was also opened in the city. At the time, most children in Britain would have had to pay fees to attend school.
After the 1870 Education Act provided free schooling for all children aged between 5 and 13, many Jewish students also went to non-faith, State schools. They learned about their religion at the Western Synagogue Cheder on Sundays and evenings. 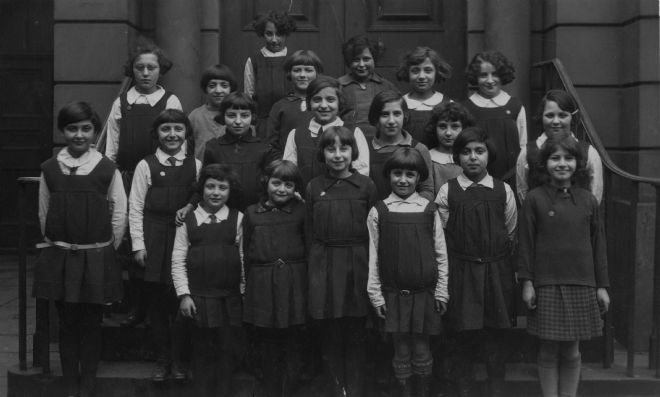 Pupils from Hull Hebrew Girls School in 1930s
Most Jewish girls attended the Hull Hebrew Girls School from 1872 until 1945. Former pupil, Mrs Mary Lang remembered the School: ‘Among other Hebrew subjects; I learnt all Jewish important days in our calendar, but through it all I never lost my flair for sewing, which I have carried on to this day.’  ( Jewish Gazette, 18 September 1981). 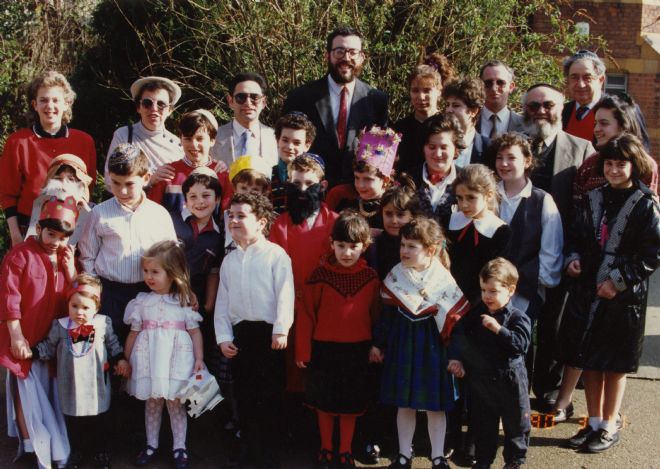 Pupils and Teachers from Hull Hebrew Communal School in 1990

Cheder – A Hebrew word for ‘room’; often used to mean school or classroom
Faith school – A school that teaches a religious faith
Flair – Ability to do something well
Provide – To give something that is needed
Synagogue – A place of worship for Jewish people
Next section