The Jewish community found it hard to support many of the poorer people arriving from overseas who chose to stay in the town.
To solve this problem, they set up several charities to provide food, shelter and money for needy Jewish people, including: 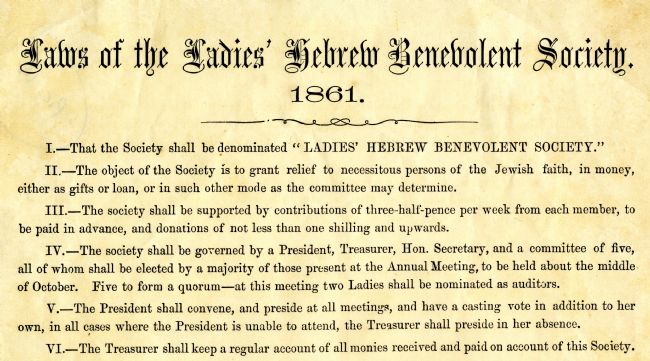 Hull Ladies Hebrew Benevolent Society Rules
In 1880 all these charities were merged into one: the Hull Hebrew Board of Guardians. It was set up for Jewish people who were poor, sick or elderly. In 1885 they had 604 cases.

Hull Board of Guardians
In the 20th century, many more Jewish community organisations were founded – from the Hull Jewish Friendship Club to the Hull Jewish Blind Society and the Hull Orphan Aid Society.