The Jewish Association for the Protection of Girls and Women

In 1912, the Hull Hebrew Board of Guardians set up a new group to help girls and women who were arriving alone at British ports. Immigrants without friends or family in their new country were vulnerable and it was often more difficult for women to find work or a safe place to live. 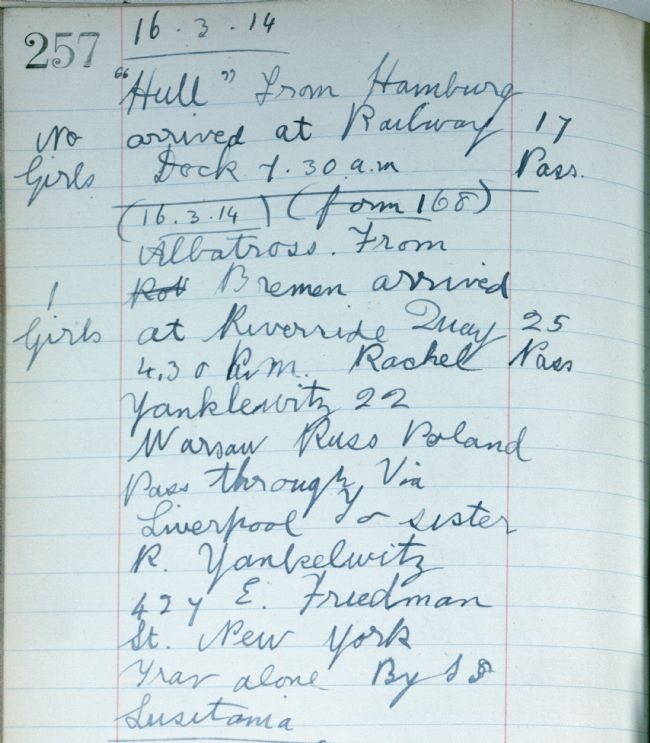 Dock Officer’s Log Recording Jewish Female Immigrants Between 1913 and 1914
The Hull History Centre holds records of young Jewish female immigrants coming through the city in 1913 and 1914. Their average age was 24 and 92% of them told the authorities that they worked as ‘tailoresses’ (sewing). Others were musicians, hairdressers, teachers and there was even a cigarette maker and a dentist. None decided to stay in Hull.

Before the First World War, there were few groups and clubs for young Jewish people in Hull. However, in the summer of 1919, a group of schoolboys decided to set up their own organisation, calling it the Hull Judean Sports club.
Just after the First World War, after a great deal of change and hardship, members felt that the club meant ‘enthusiasm and success’ and ‘inspired the Jewish youth of the City’. 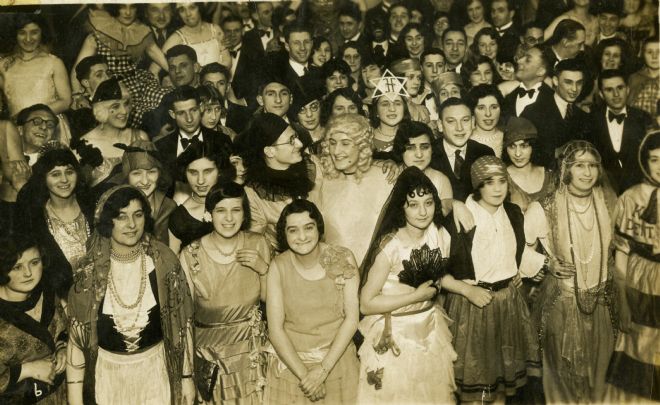 Hull Judeans in Fancy Dress Costume c.1929
It started as a cricket club, but later included football, tennis, hockey, dramatics, play-reading, table-tennis, and swimming, and even ran its own band. 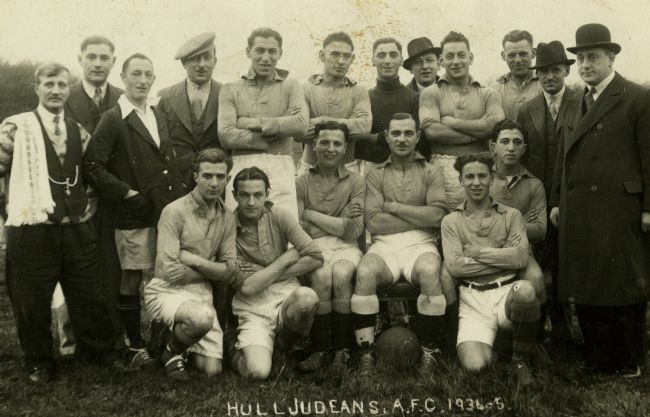 In 1973, the ‘Hull Jewish Youth and Community Centre’ opened. It was meant to help Jewish young people enjoy recreation and leisure activities, as well as religious education. The Centre was not just for Jewish young people, it also wanted to help non-Jewish people learn about the religion.
The Parkfield Centre was sold in 1993 to raise money for a new synagogue, but a room in the Pryme Street Synagogue still allows youth groups to meet. The Parkfield Centre building is now used by the Sikh community in Hull.

The Legacy of Hull's Jewish Community