The Painted Lady - Tudor Portraits at the Ferens

What can we learn about the Tudors from their art?
View resources Teachers notes Share View related stories
Add to board 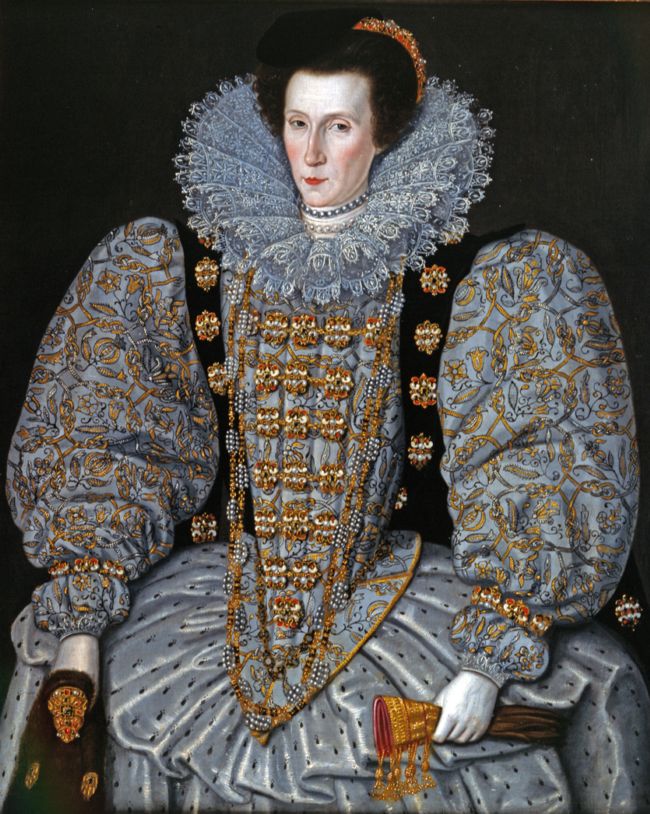 This magnificently dressed woman, painted in the 1590s, has so far resisted identification.  Although we do not know her identity, the painting holds many clues about her status and lifestyle.

The painting does bear some resemblance to portraits of Queen Elizabeth I from the same period and this in itself highlights how wealthy the sitter must have been.  Other indicators to wealth include the jewellery and head dress, encrusted with gold and pearls. Pearls were high fashion during the sixteenth century. They could be worn singly or in strands,or could be clustered in twos and fours and combined with goldwork to create elaborate billiments (bands of jewels sewn along the neckline or sleeves), necklaces or girdles (a type of belt). They were also often sewn to clothing singly, set in decorative goldwork settings, or used to decorate hairstyles as seen in our noble lady's portrait.  Pearls were also thought to be a symbol of purity whilst gloves were an emblem for elegance. 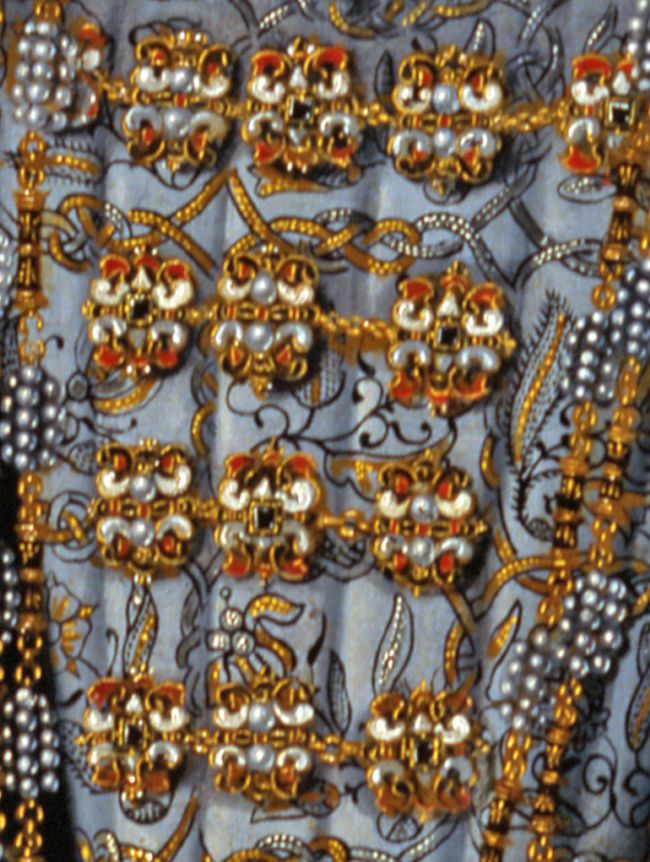 The clothing worn by the sitter is also very ornate and her dress would have taken many yards of fabric to make.  Fashions were influenced by the European nations of Spain and Portugal. The upper classes wore fantastically elaborate clothing made from sumptuous, richly coloured and highly decorated fabrics.  Our sitter also has a large ruff made from lace stiffened with starch.

At the height of their appeal, ruffs could be over a foot (30cm) wide, making eating and drinking rather a challenge!

Perhaps the most intriguing object in the painting is the small fur the sitter is holding in her hand.  This is known as a 'flea fur' and in theory it was designed to attract fleas from the wearer. 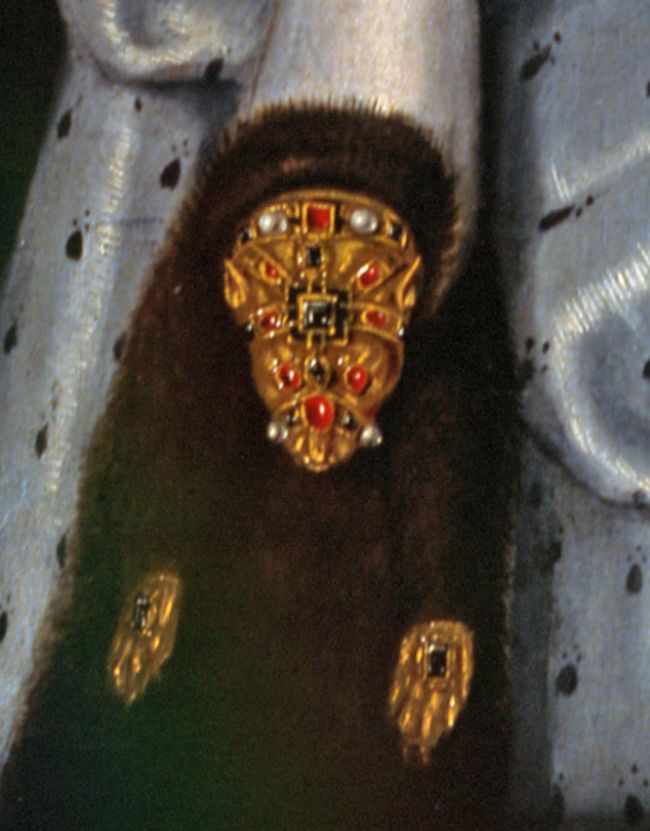 In reality, the fur was probably more decorative than useful - the fleas prefering warm human blood!  Depictions of flea furs in paintings are exceptionally rare.

Who is the Painted Lady? The Changing Identity of the Segar Sitter