The People Who Shaped Leeds: Landscape and Architecture

Be Inspired by Buildings in Leeds

Listed below are just a few of the most interesting historic, contemporary and innovative buildings in Leeds. You may have seen some of them. 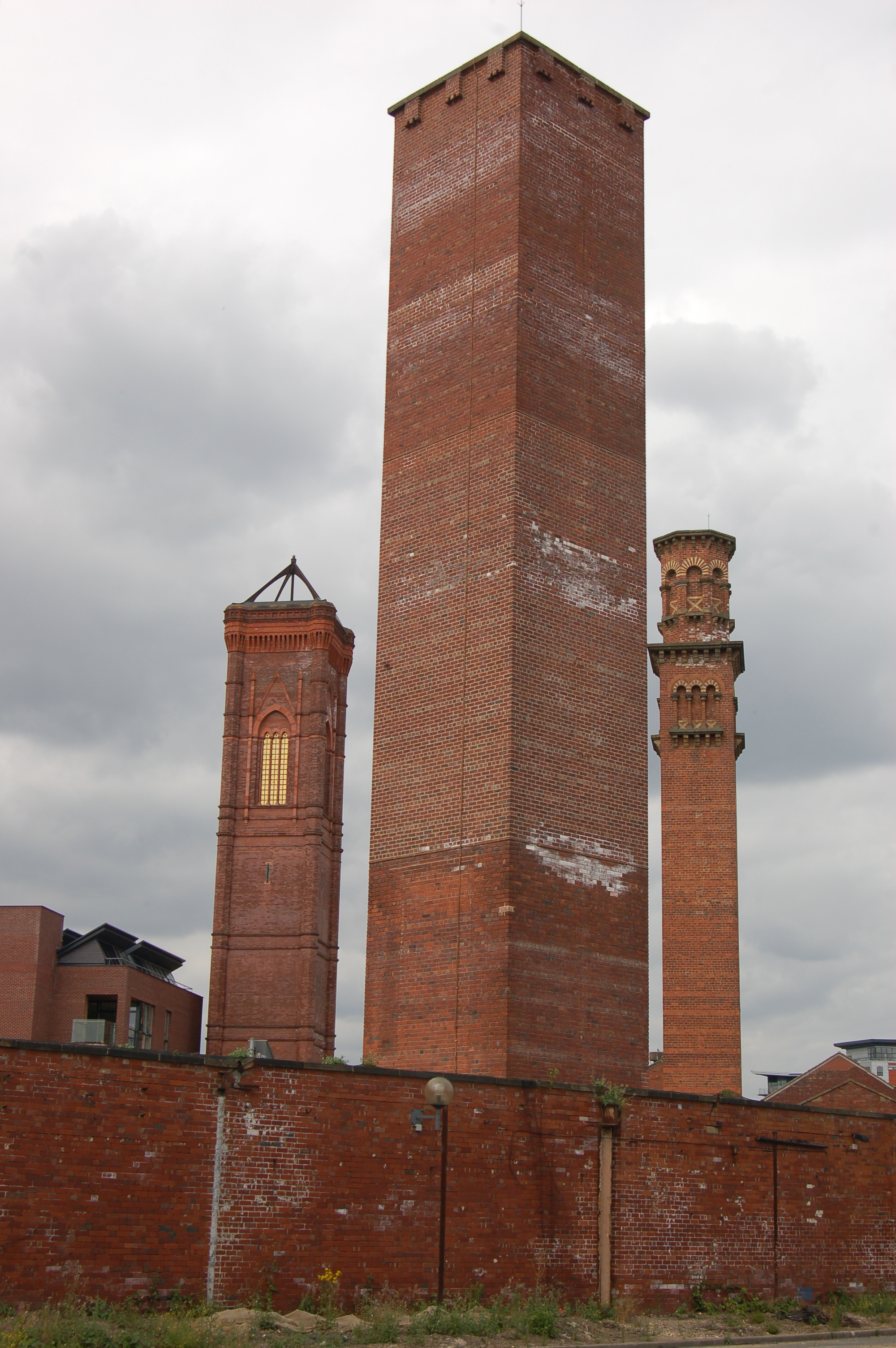 Tower Works is named after the two impressive chimneys you can still see. The original factory buildings on this site were designed by William Bakewell in 1899, and the towers were inspired by Italian architecture.

The factory was designed for TR Harding & Son Ltd, a firm that made steel pins for carding combs and cards needed for the textile industries (wool and cotton mills). As with most industry of the period, this machinery would have been making products with resources extracted from within the British Empire, and potentially using unsafe working practices for local mill workers too. Thomas R Harding founded the firm in 1829 in France, but then moved manufacture to Leeds in the 1850s to maximise on skilled local labour.

His son, Thomas Walter Harding took on the family firm and had the towers added and the factory extended in 1899, and again in the 1920s. He was quite influential in terms of Leeds architecture. He was involved in the idea of building Leeds Art Gallery, and paid for the development of City Square including the statue of the Black Prince. He also provided funds to improve Abbey House, now a museum, but it was the original gatehouse to Kirkstall Abbey. He was Lord Mayor of Leeds around the time he extended the factory and took the title of Colonel after accepting an honorary commission from the Leeds Rifles.

The modern extensions at Tower Works were designed by architect Irena Bauman in 2008. 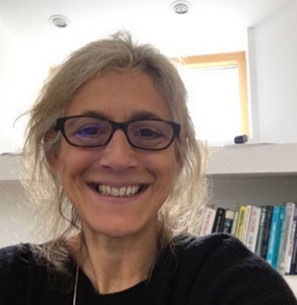 Temple Works is a former flax mill in Holbeck, owned by James Marshall and completed in 1840. It was designed by engineer James Combe. The architectural style ‘borrows’ from ancient Nubian temples at Antaeopolis, Edfu and Dendera. This area is now in modern day Egypt. 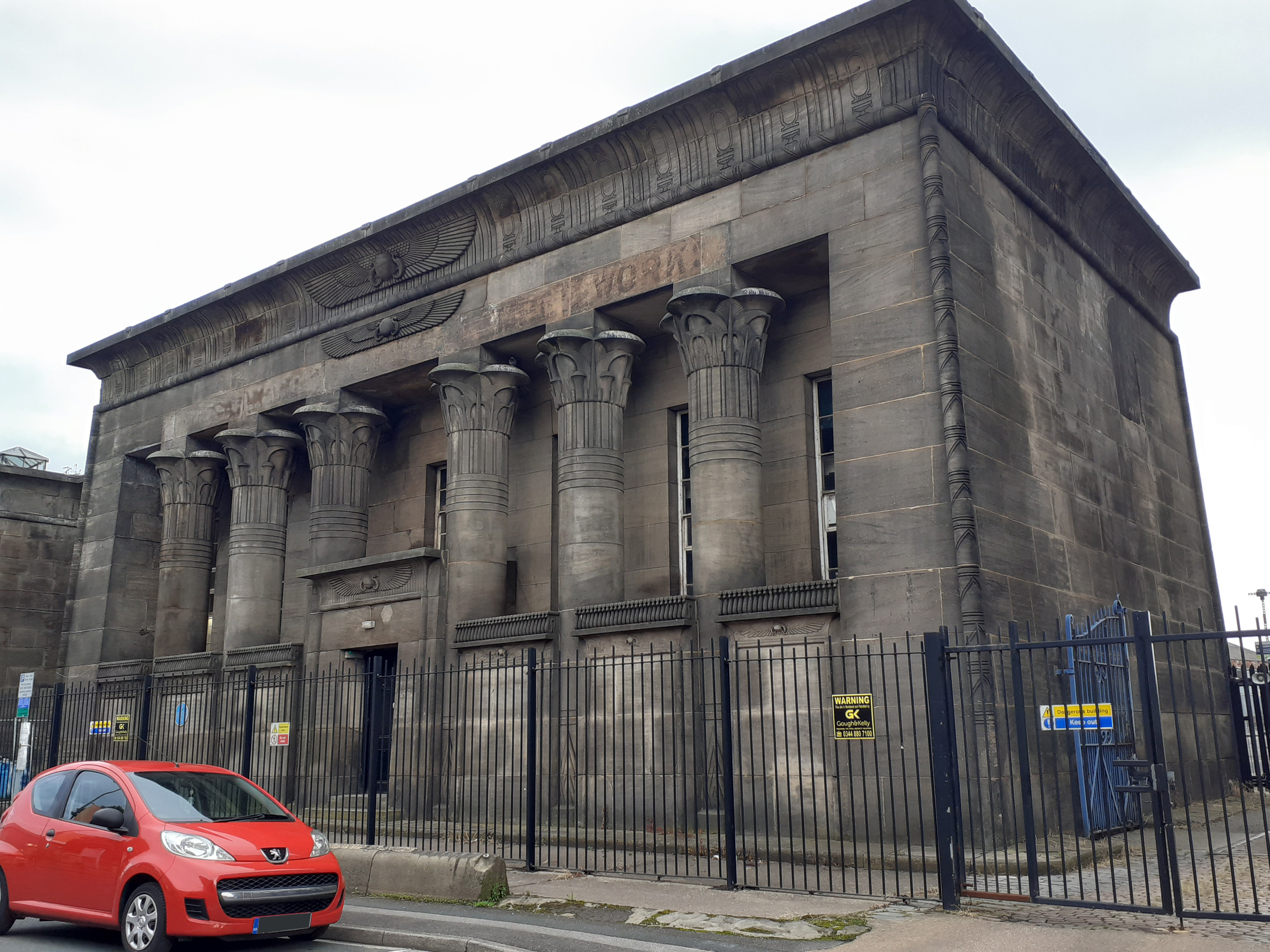 Egyptology was becoming popular as the British Empire expanded, and wealthy, male, British archaeologists were excavating, or robbing, ancient tombs and returning their finds to England. The stone facade of Temple Works has 18 windows and between each is a column with a papyriform capital, where the top of the column looks like the papyrus plant. The factory originally had a chimney in the style of a tekhenu (original Kemite, or ancient Egyptian, name), or obelisk (Greek name), which was demolished and replaced by a brick structure in 1852 when the original cracked. 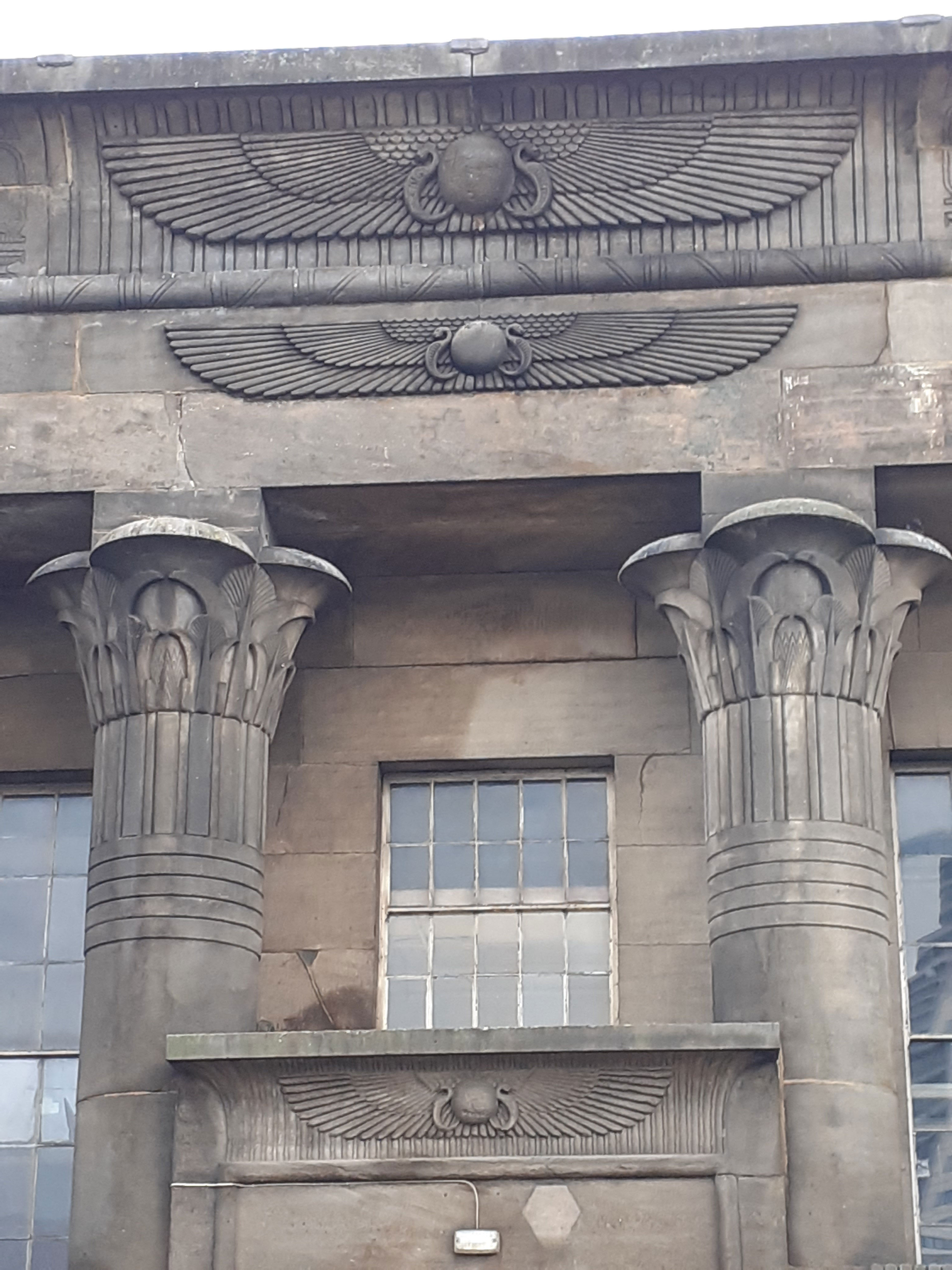 Tekhenu were originally placed at the entrances of temples, so we would now view its use architecturally as a chimney as cultural misappropriation. 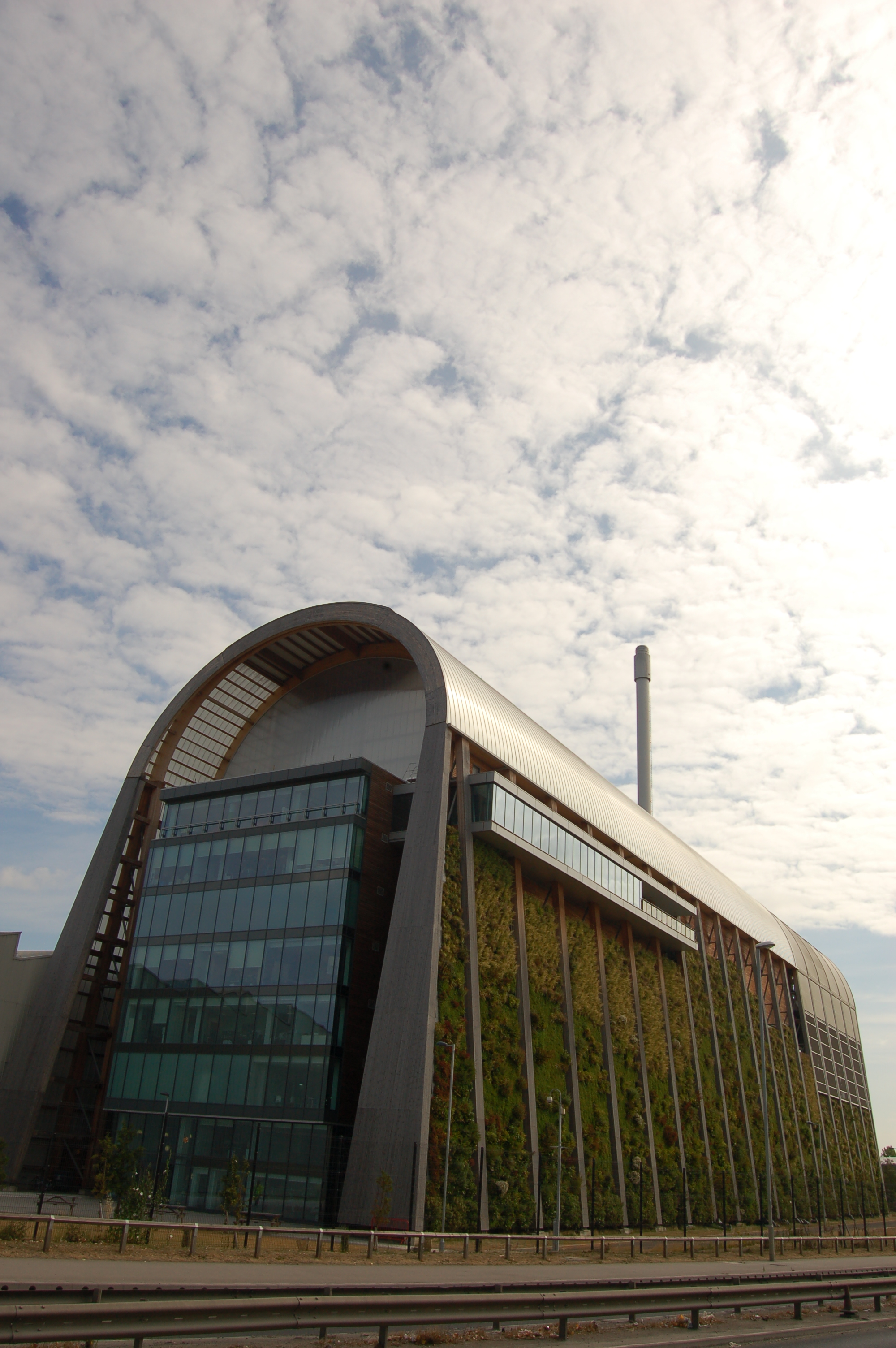 Designed by internationally renowned architect, Jean-Robert Mazaud of S’pace Architects in 2013. On one side of the building there is a green 'living' wall, which aims 'to enhance the visual impact and provide biodiversity'. 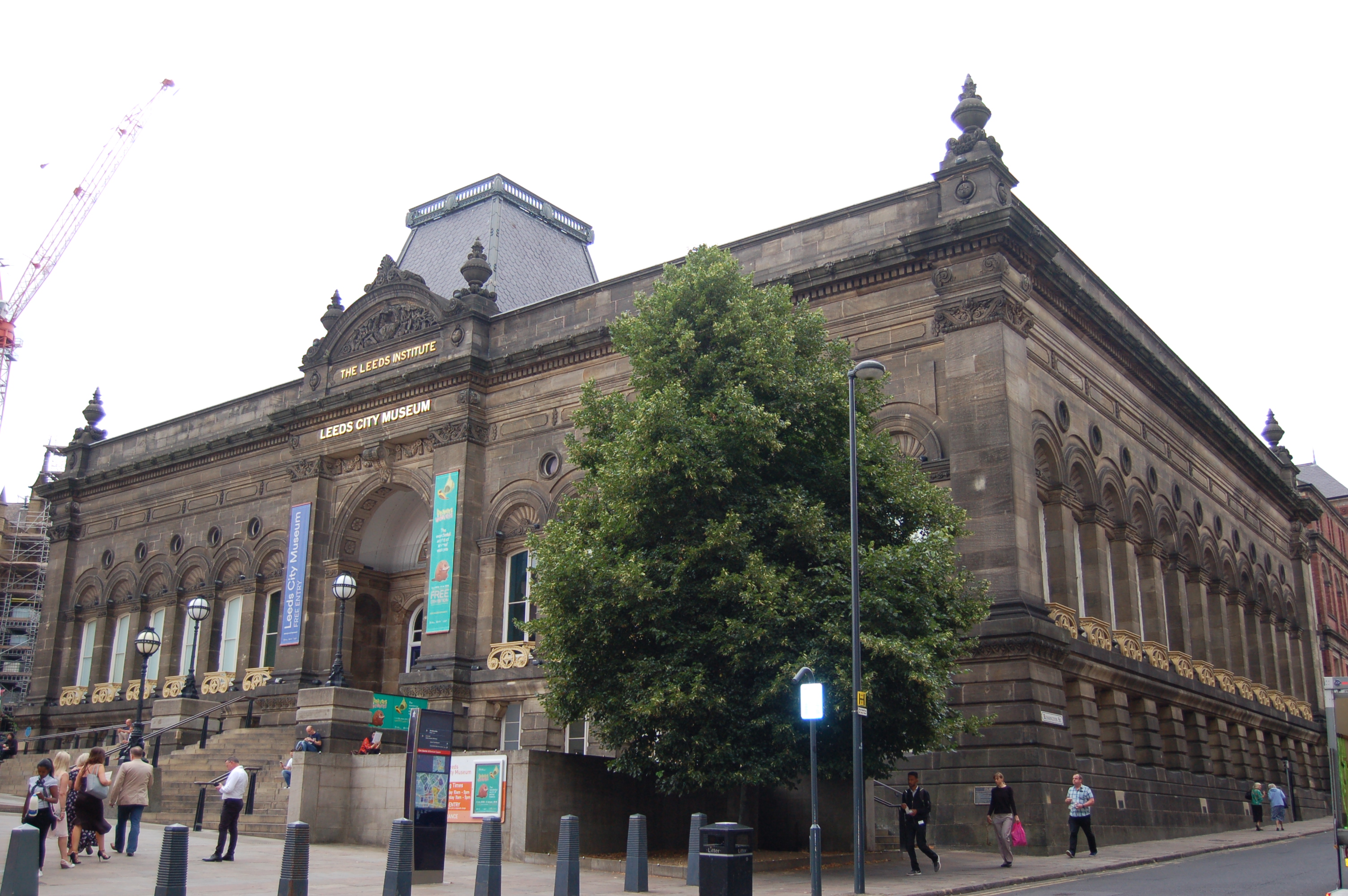 Brodrick was born in Hull and designed Leeds Town Hall in 1858, the Corn Exchange in 1863 and Mechanic’s Institute (which is now Leeds City Museum) in 1865. The Corn Exchange was funded by the council as a trading floor for grain, much needed as the city expanded. Mechanics Institutes were often funded by local industrialists using their fortunes gained through industry and empire as spaces for public learning. 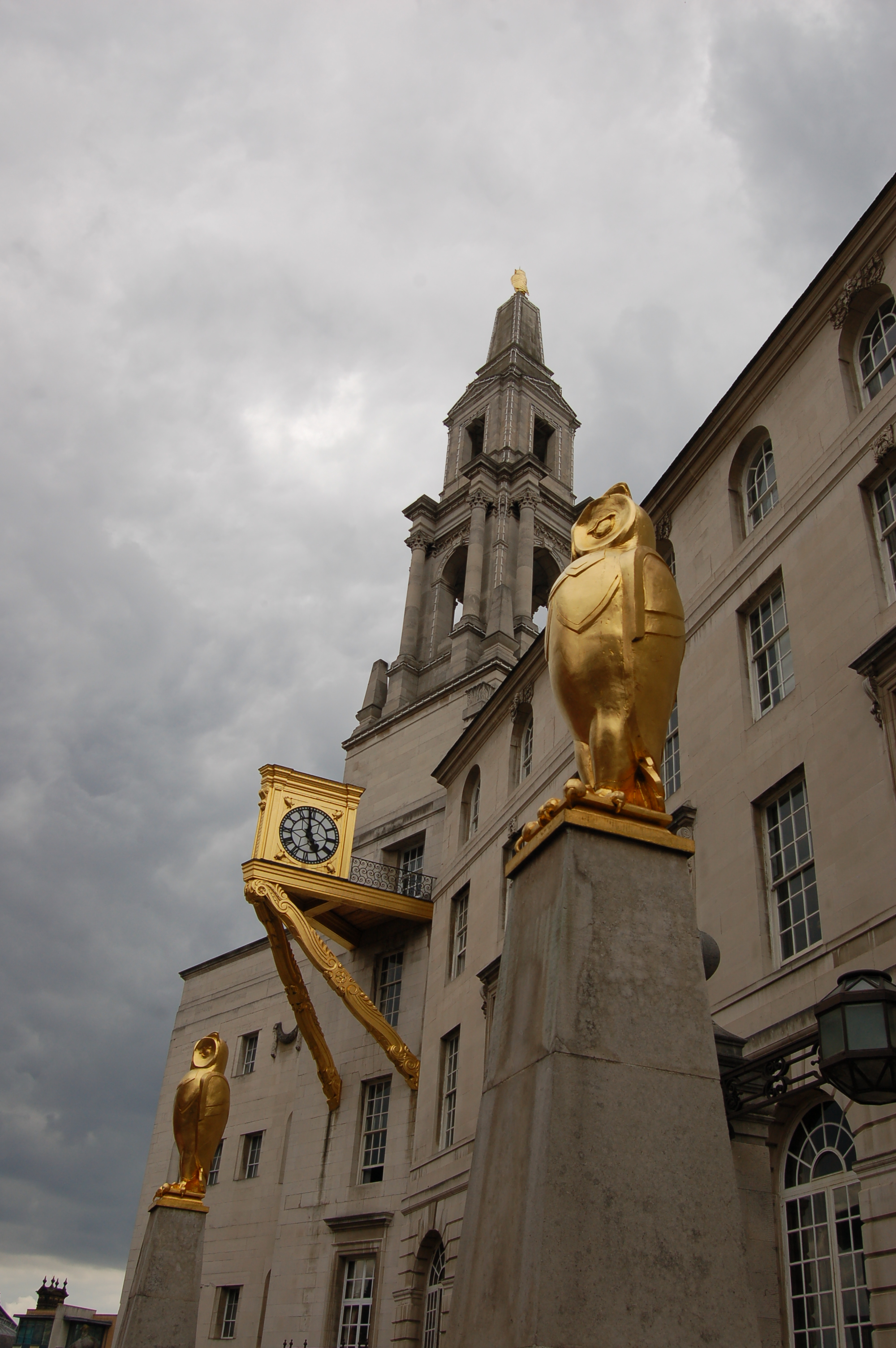 Designed by Vincent Harris in 1930.

Harris also designed Manchester Central Library, Sheffield City Hall, Kensington Central Library, Glamorgan County Hall and Atkinsons Building on Old Bond Street in London. The Civic Hall was built in 1930-33 with a grant from the national Unemployed Grants Committee (£270,000 of the £360,000 total build cost) It was a way of providing employment for unemployed building workers as a result of the global recession following the Wall Street Crash in 1929. 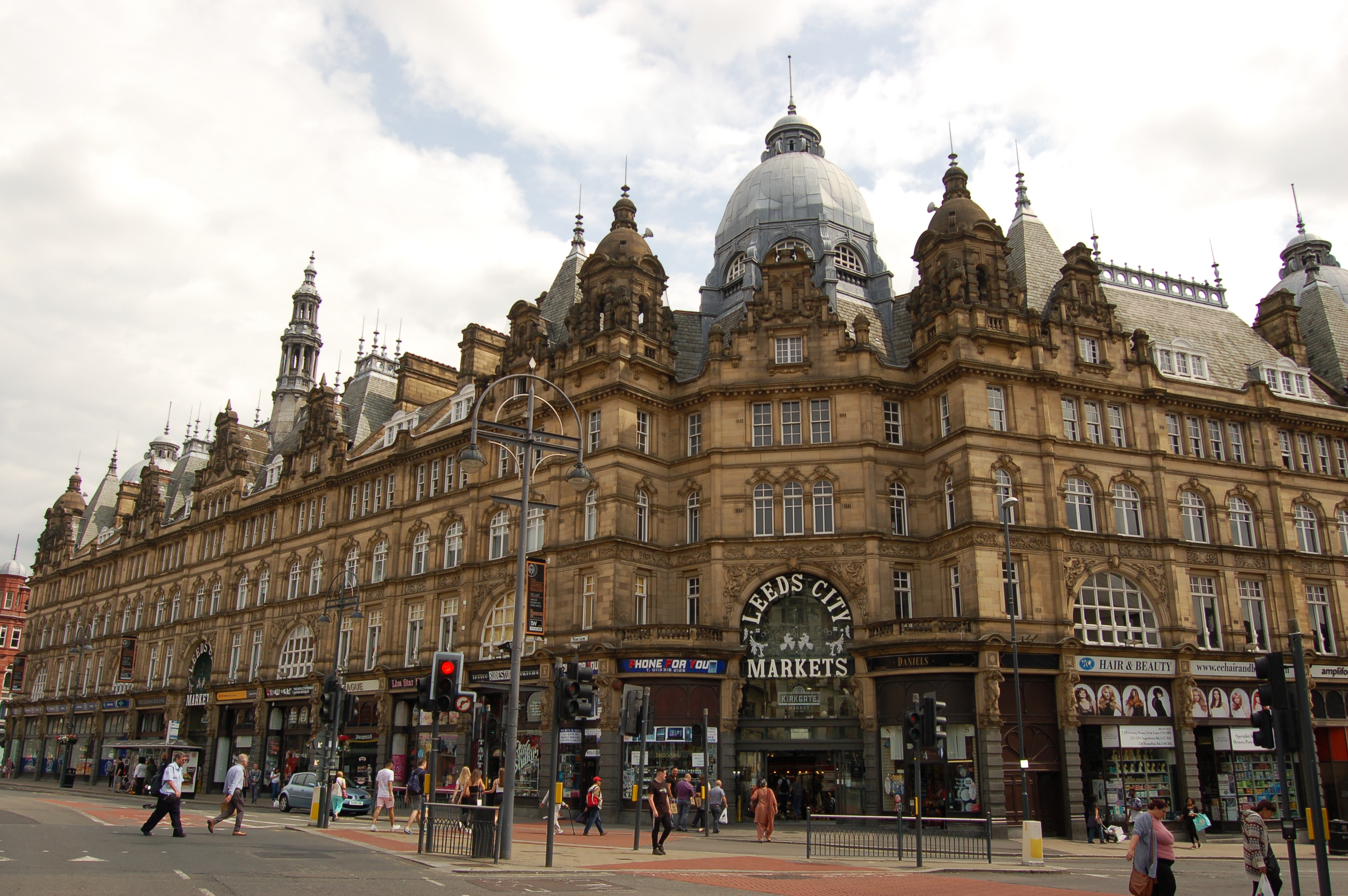 Designed by Joseph and John Leeming.

The Blockshops inside Kirkgate Market were built in 1875. The building pushed technological boundaries by creating ‘fish row’ an innovative cooled area for fishmongers bringing fresh produce from the coast in 1895. The aisles were originally open to the air, until they were roofed around the same time. The architects Joseph and John Leeming also designed Crystal Palace in London. The markets were refurbished and areas added in 1976, 1981 and 2016. 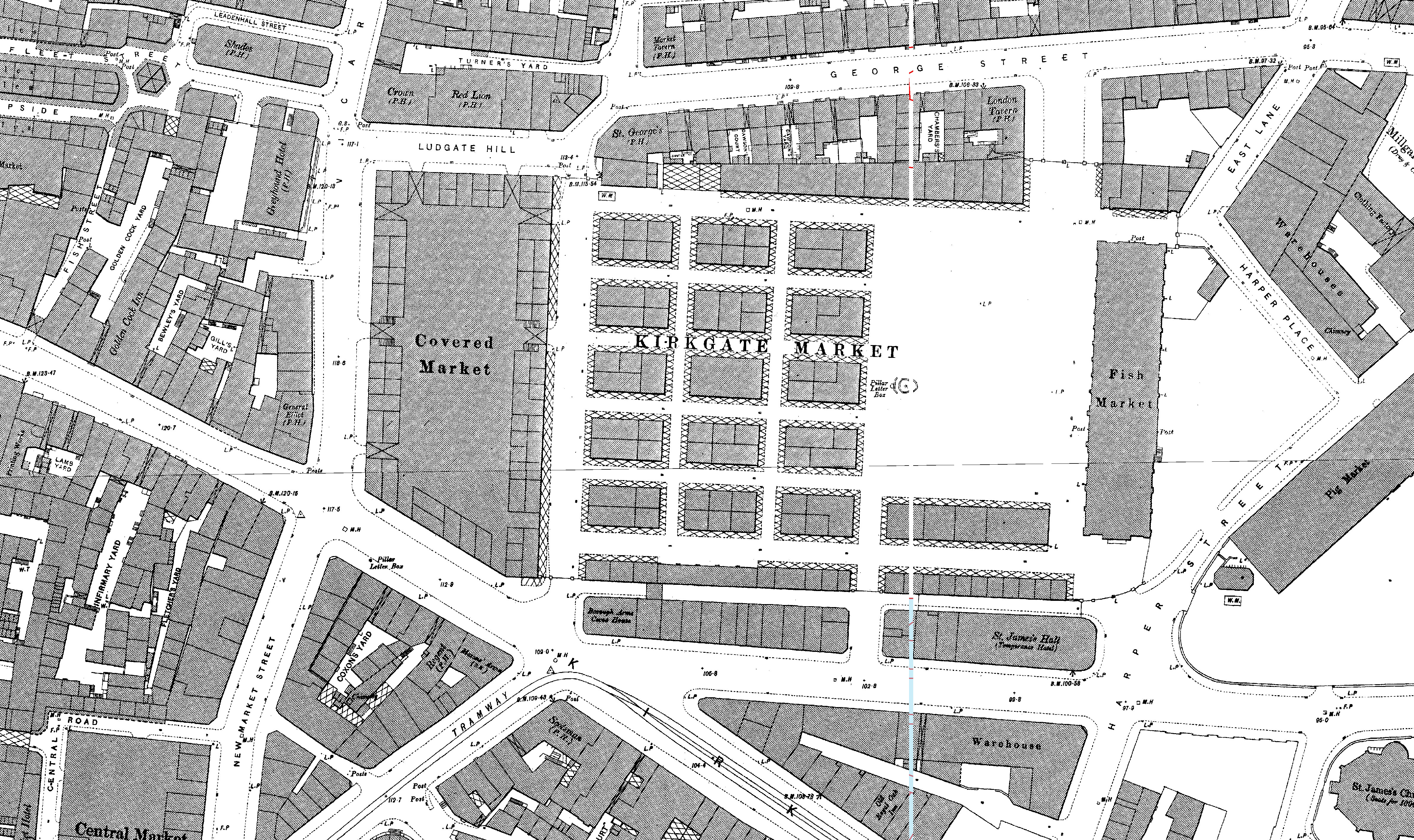 The fish market stood where the current National Express bus station is, at one end of the market. 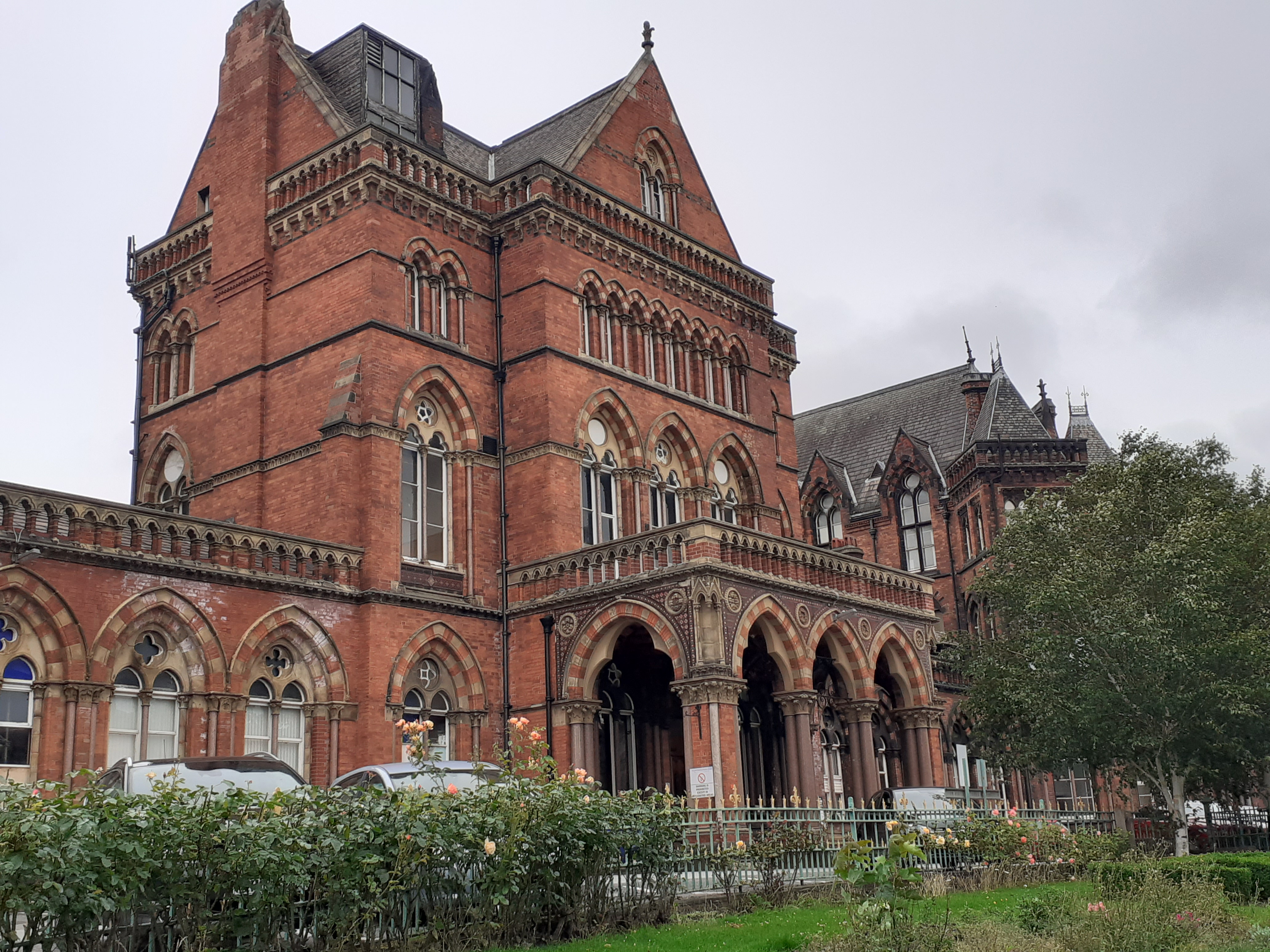 The older and ornate Victorian LGI buildings are quite rare buildings. They were designed by Sir George Gilbert Scott in1863. He also designed St Pancras Station in London. 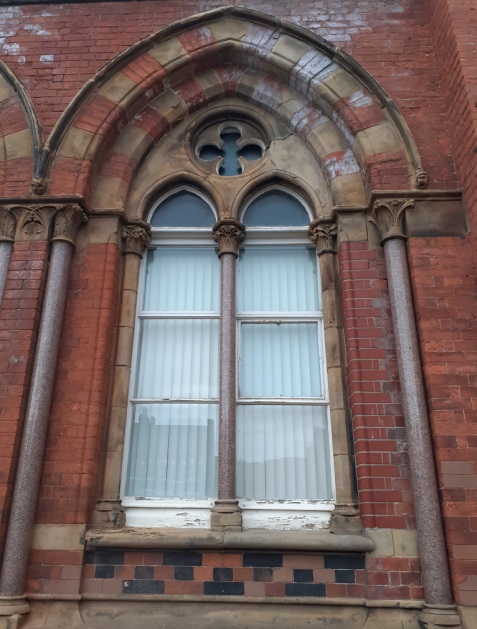 Designed by Alex Whitbread and built in 2008. 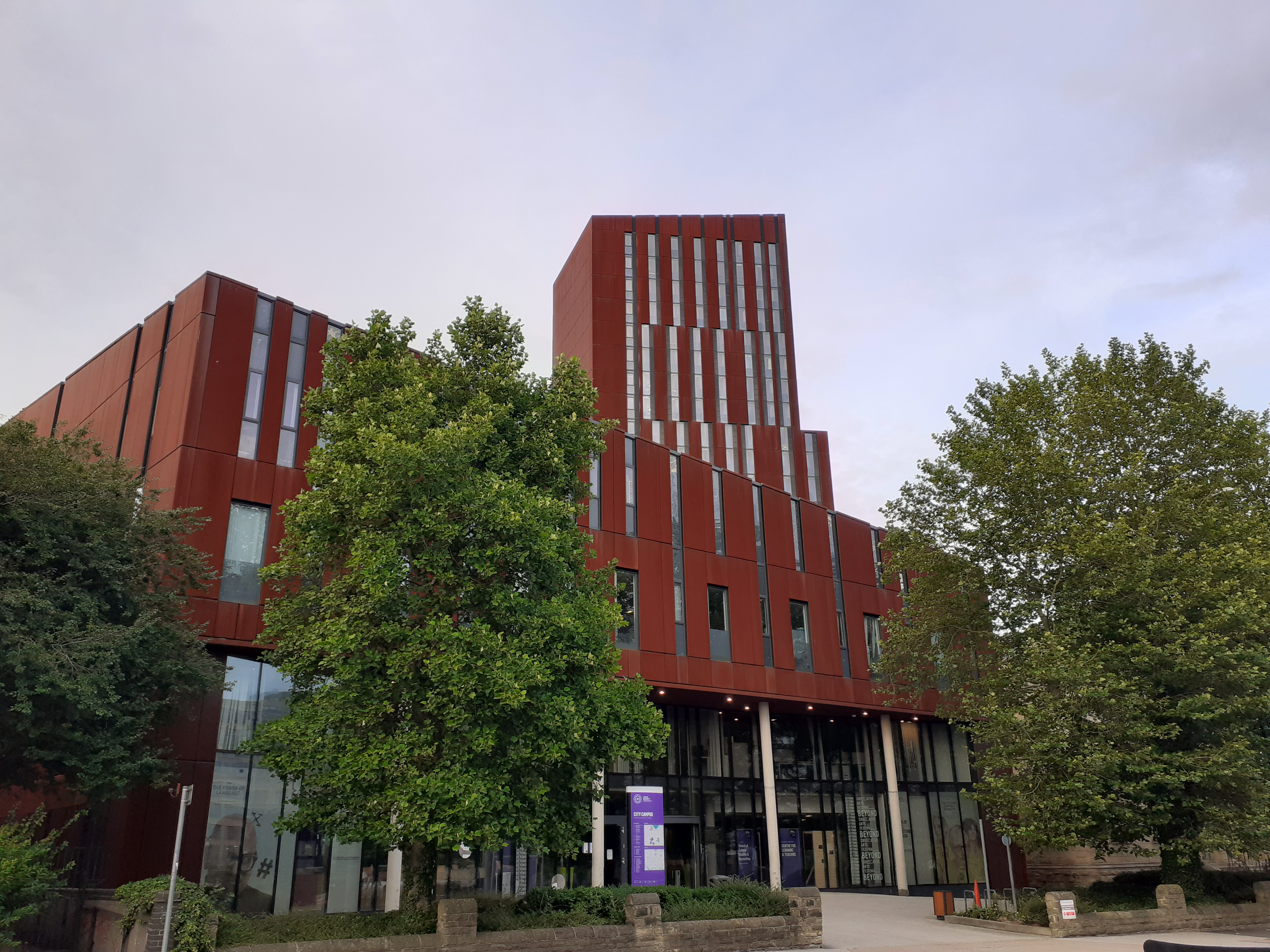 All designed by George Corson. 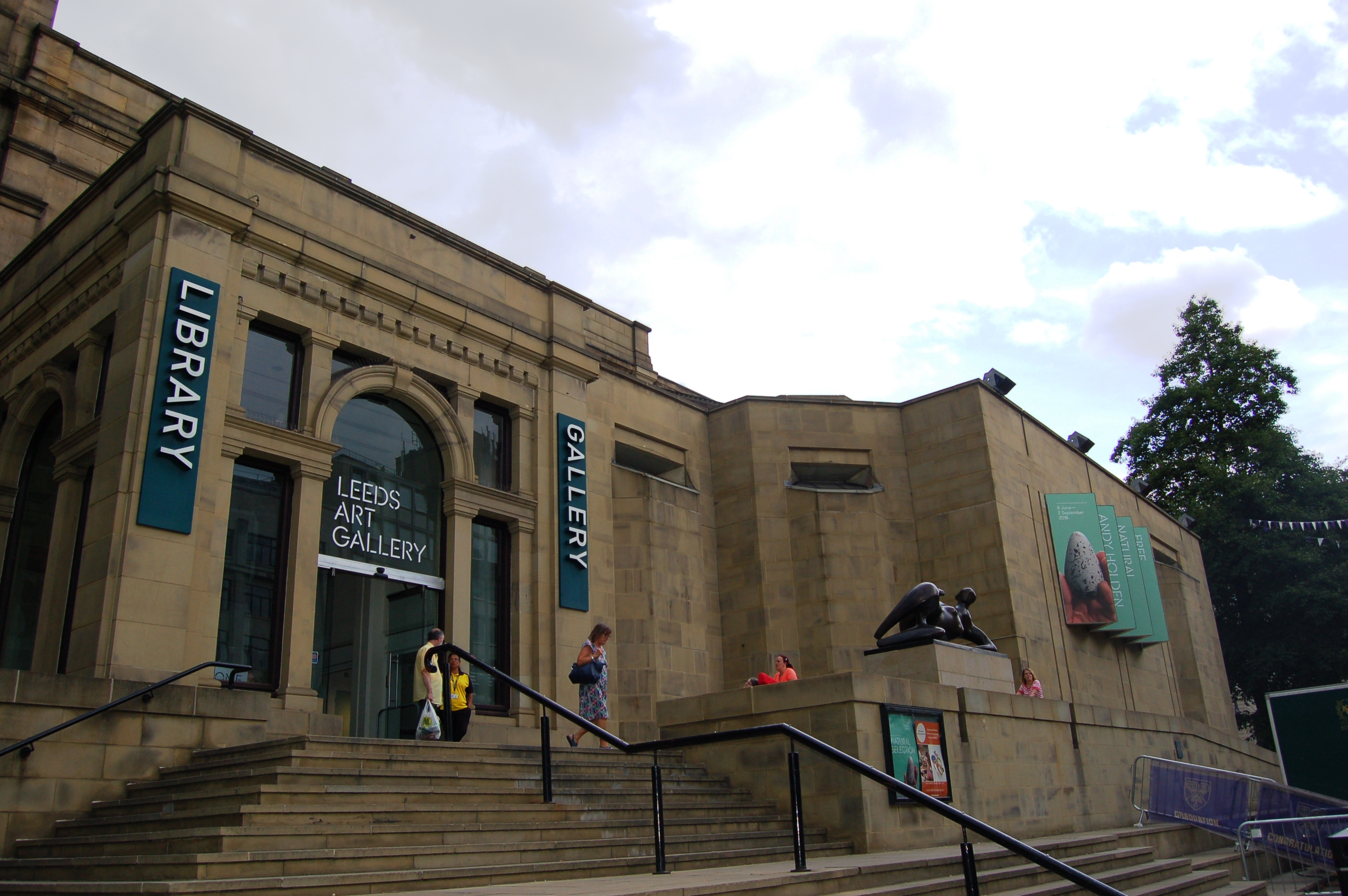 George Corson was a Scottish architect who influenced much of Victorian Leeds buildings and landscapes. He designed Leeds Grand Theatre in 1877 and the central library and art gallery in 1878. He is buried in Lawnswood cemetery.

Designed by Michael Gardner and built in 2007. 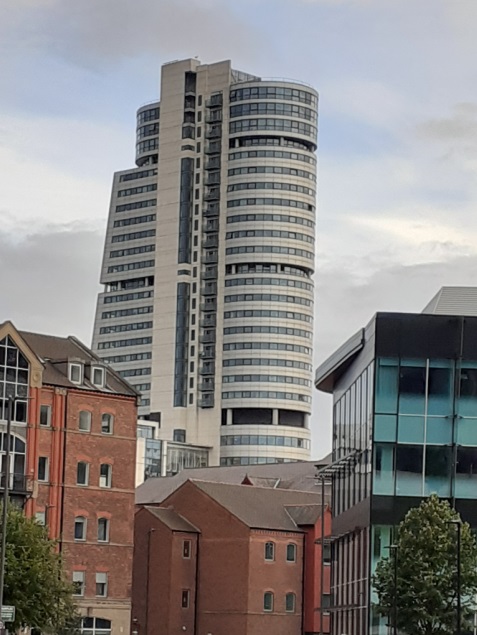 This building has 32 floors and is nicknamed The Dalek! It is Leeds’ tallest building standing at 476 feet above ground level. 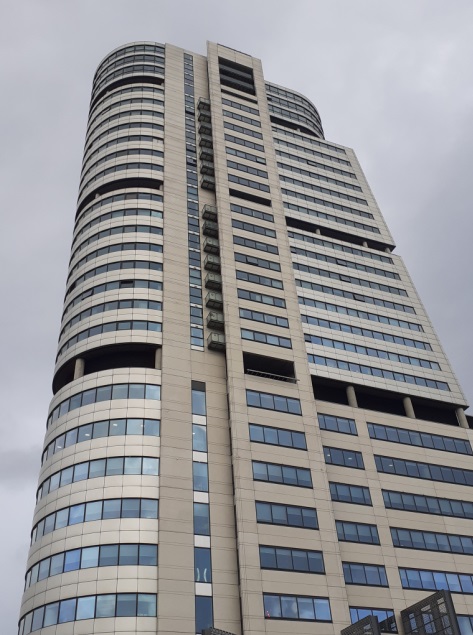 Designed by Chamberlin, Powell and Bon architects in 1970. It has 25 lecture theatres inside! 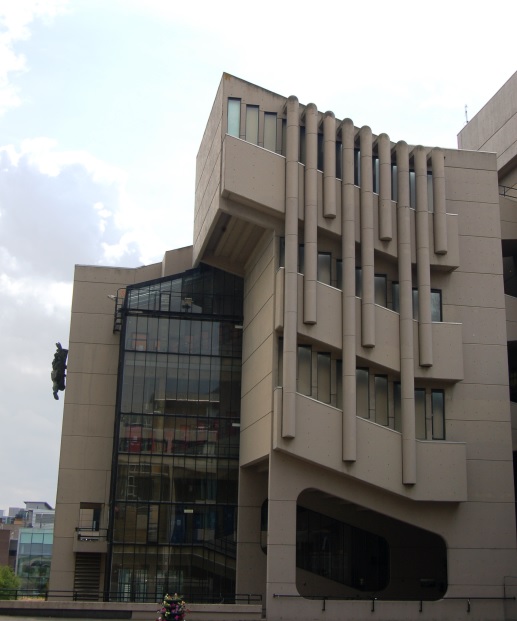 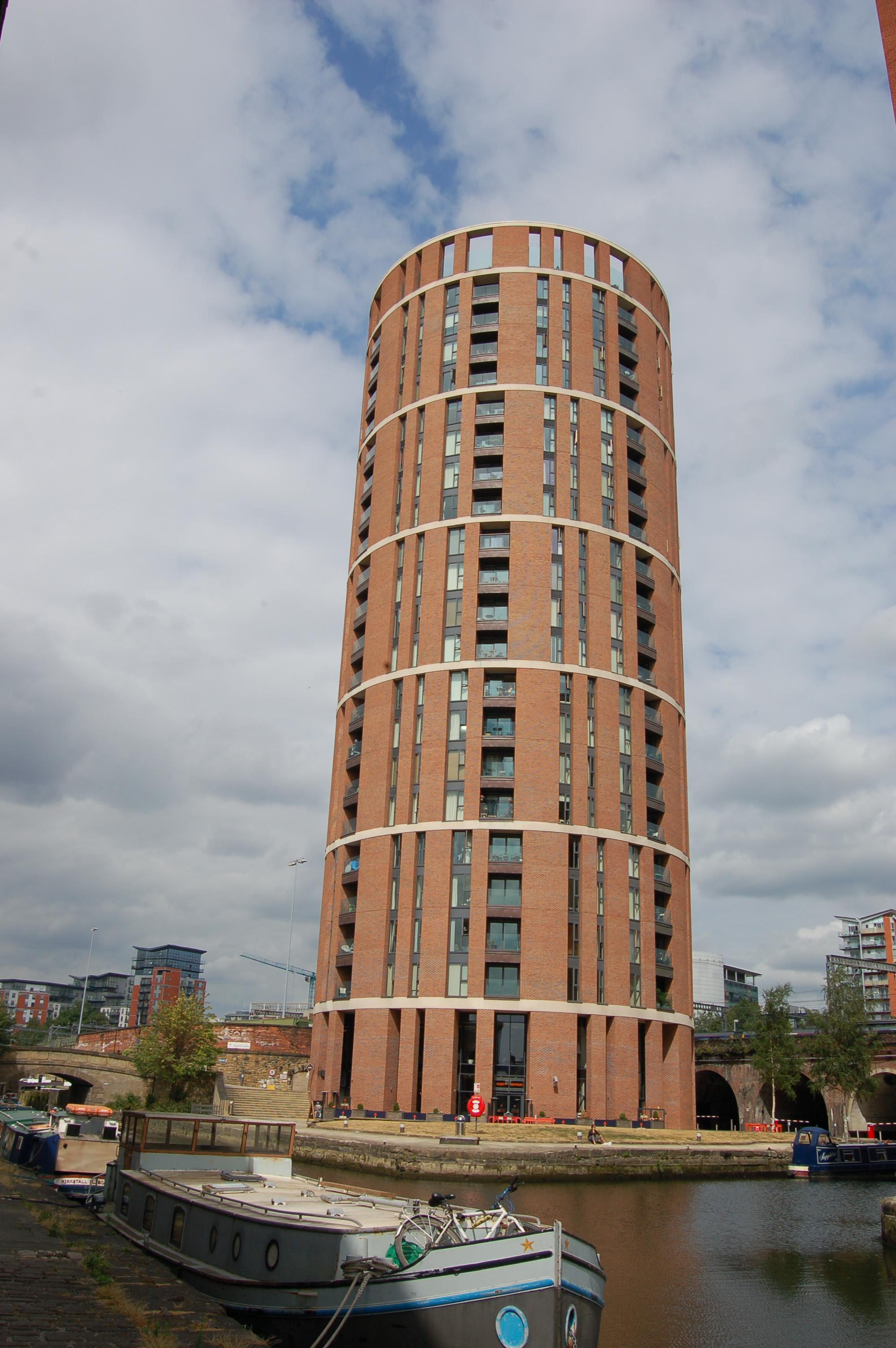 Candle House has 160 exclusive flats, all of which have access an amazing rooftop garden! 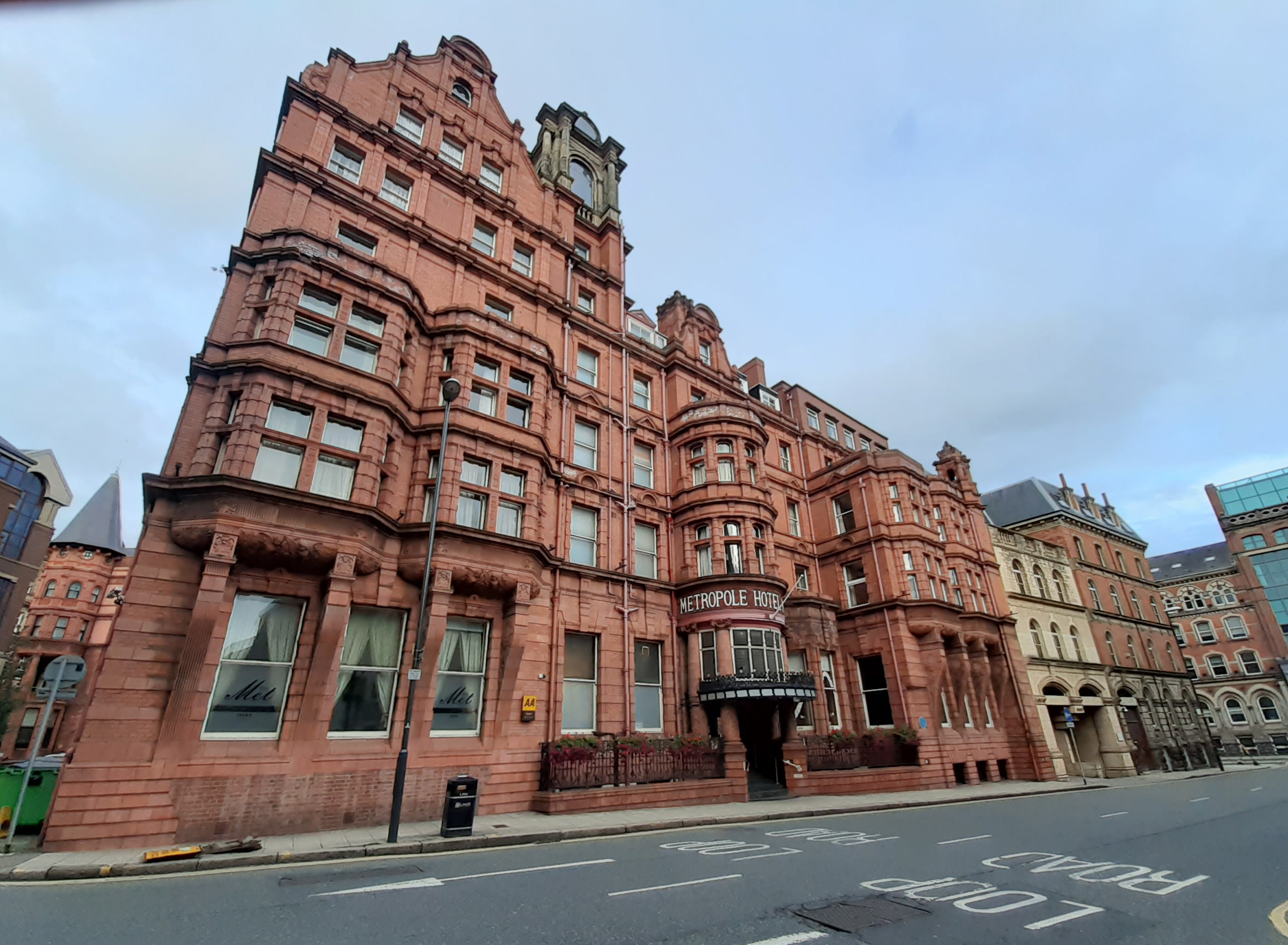 Designed by local architects Chorley and Connon in 1898. 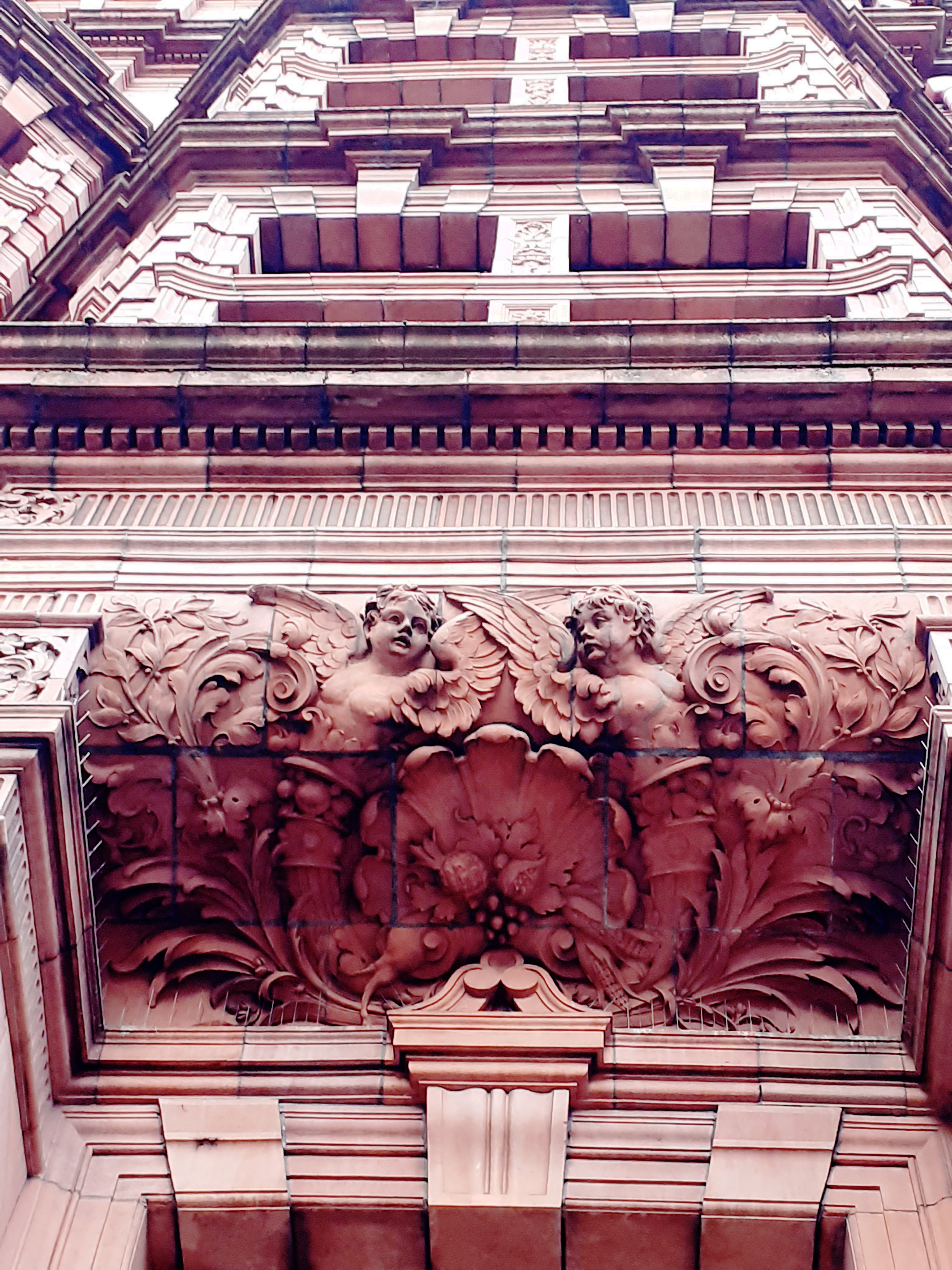 Detail of the Metropole Hotel, Leeds 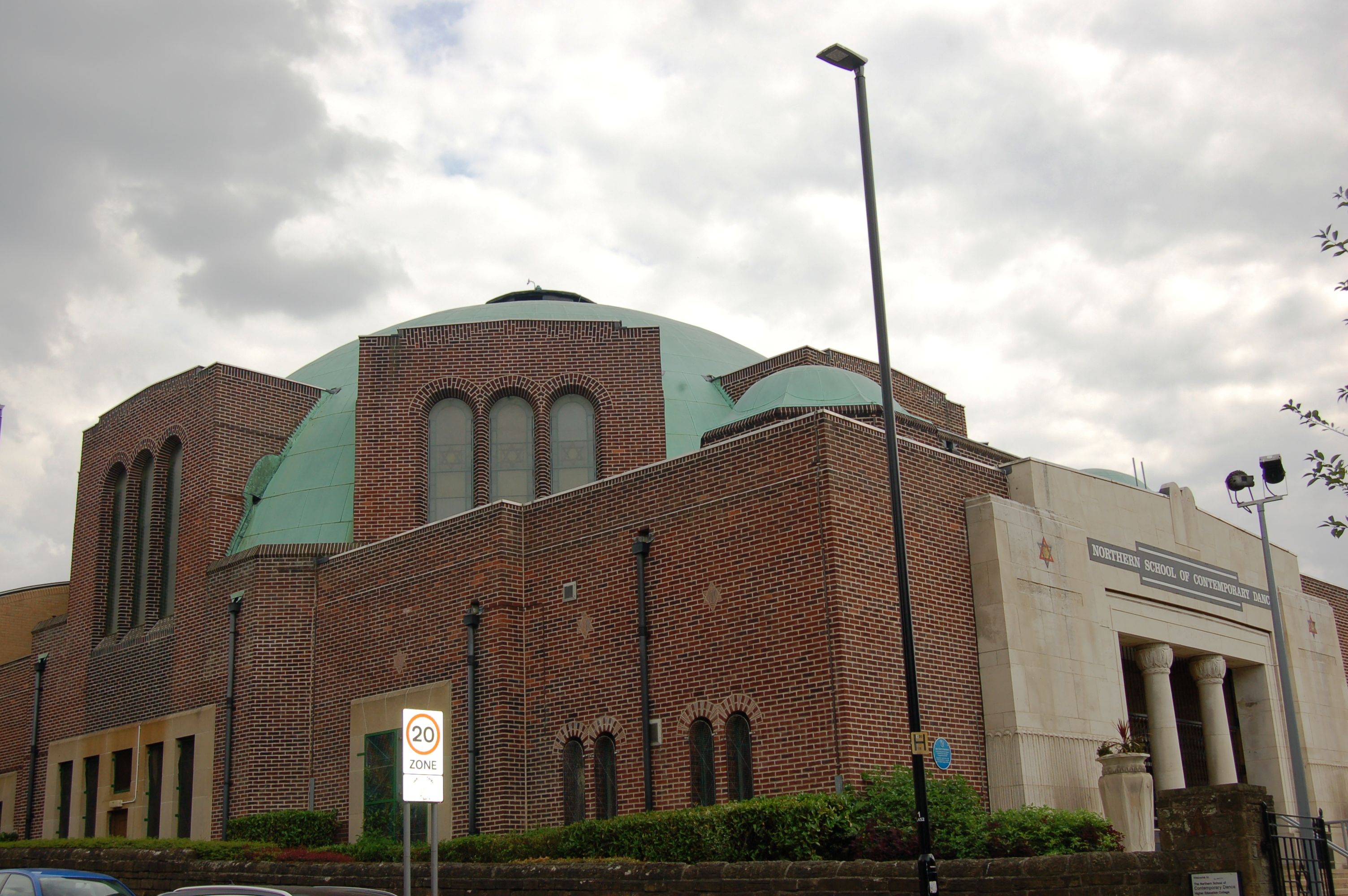 The building was originally a Jewish Synagogue. It was the first major Synagogue to be built in Leeds, when the Jewish community lived in the Chapeltown area. Gradually as the community moved out towards the north of the city, so did their faith buildings. The Synagogue closed in 1985, and Northern School of Contemporary Dance moved into the building in 1987, and redeveloped it between 1987 and 1997. 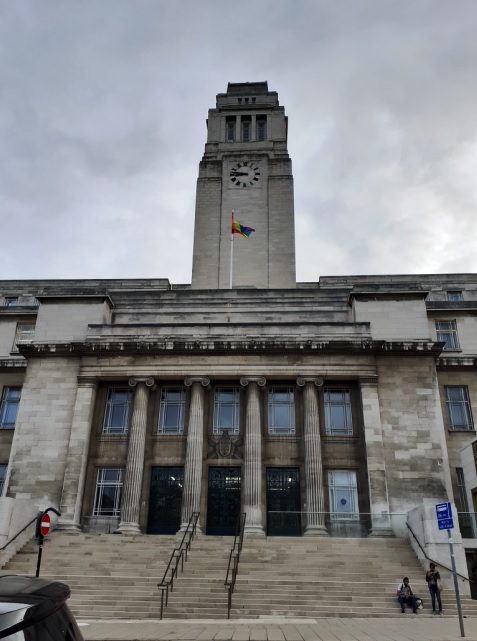 Building started in 1938 but wasn’t finished until 1951 because of World War II.

Built in 1791 by the Rev Edward Parsons. 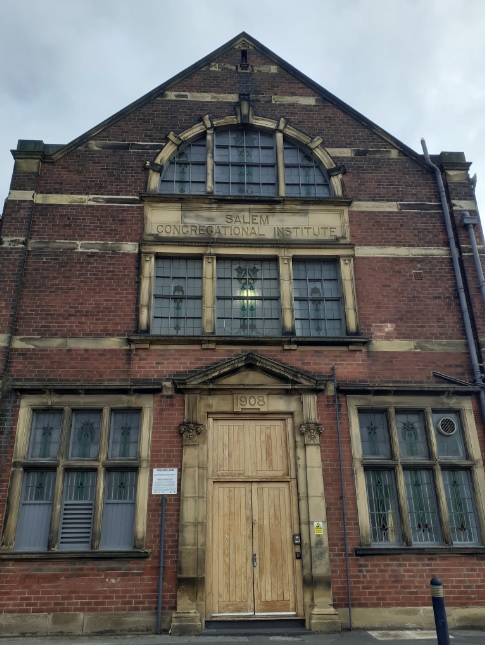 This building is the oldest chapel in Leeds city centre.

Designed by Populous architects in 2011.

The honeycomb structure is based on a mathematical diagram and has glazed panels fitted with coloured, kaleidoscopic lights. 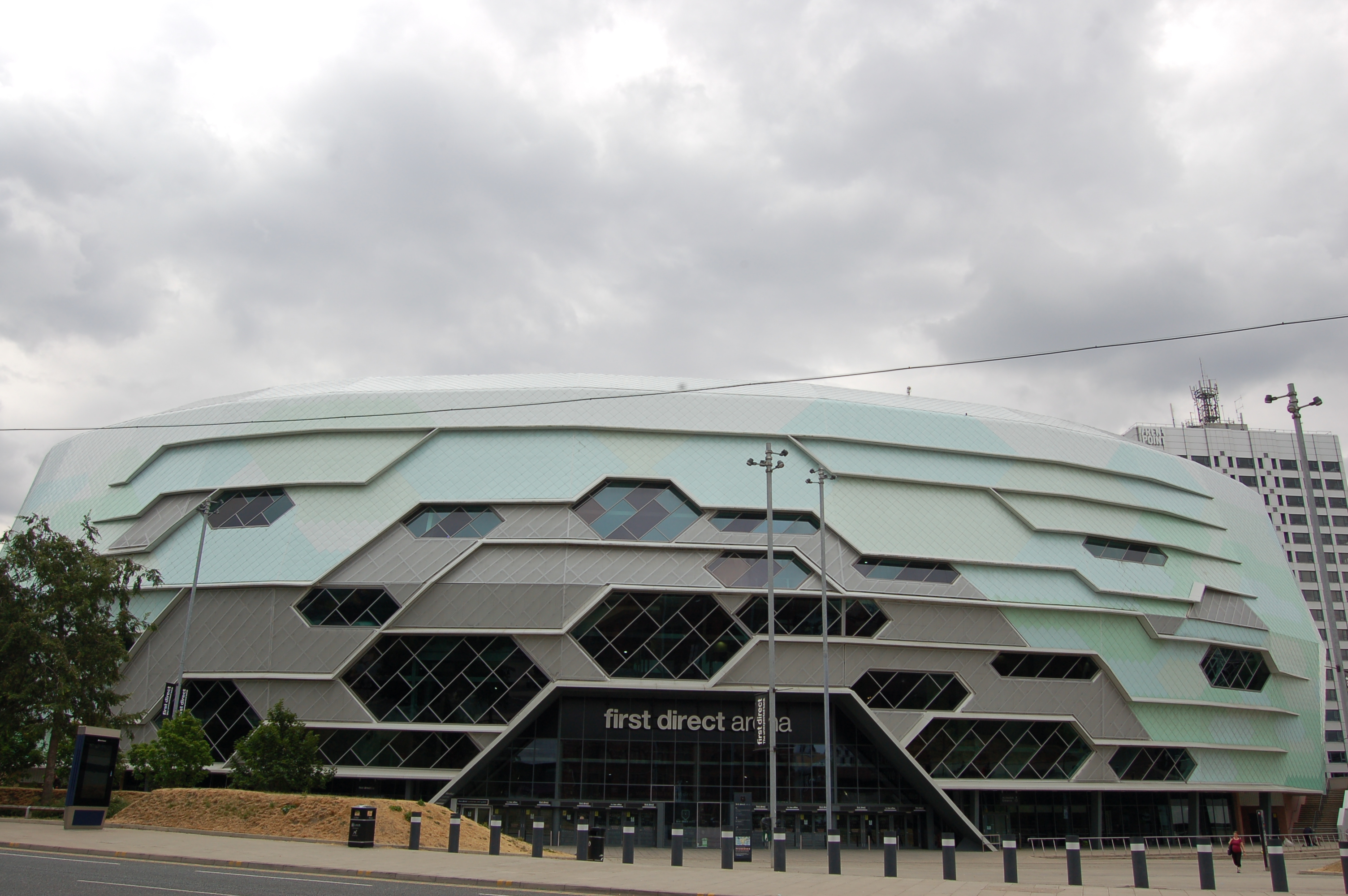 Designed by Sheppard Robson architects in 2009 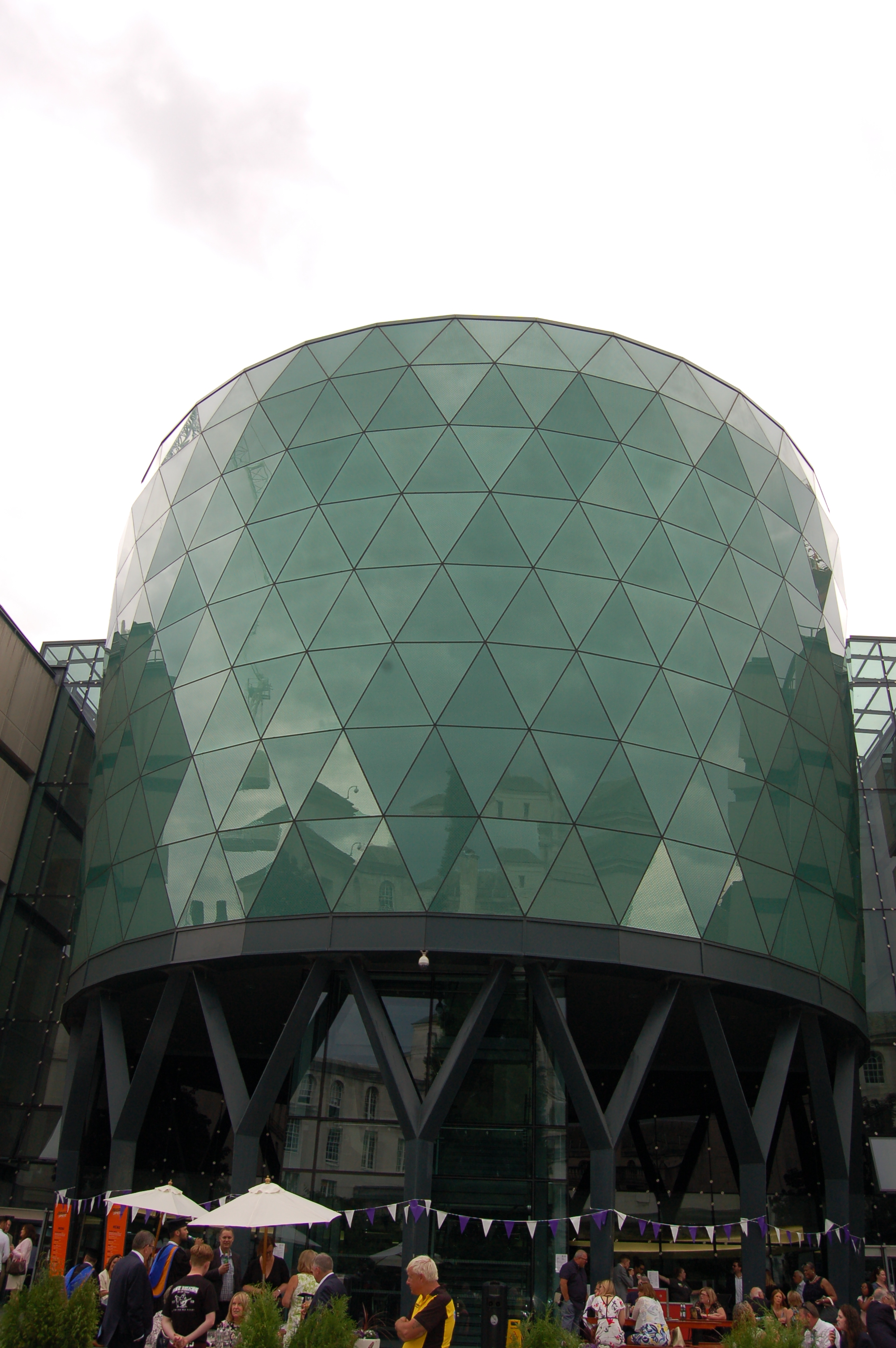 The Rose Bowl in Leeds 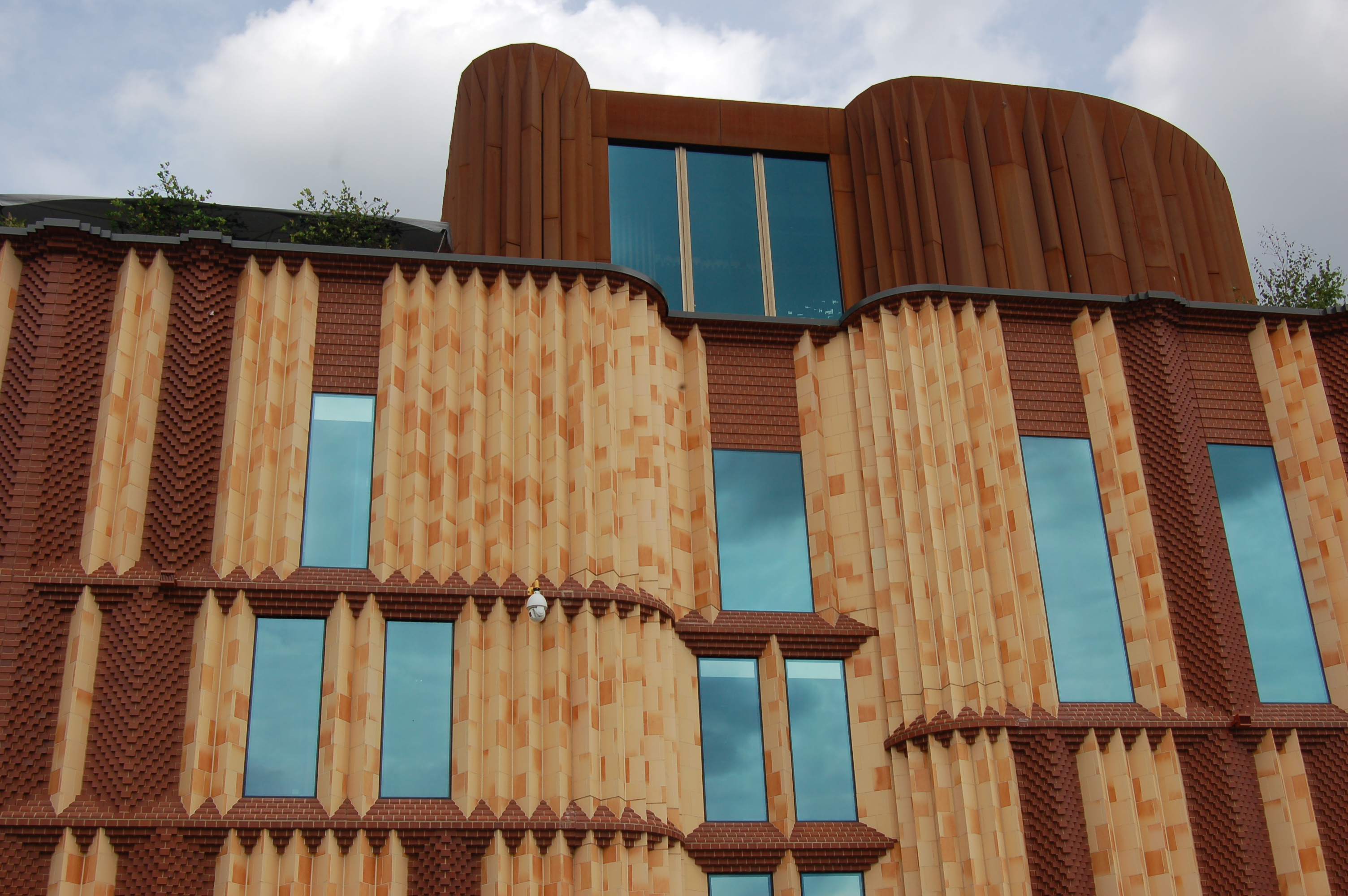 Designed by ACME architects in 2016

This building was created using cutting-edge technology to carefully place the 360,000 different bricks and 228 twisted metal panels covering it. 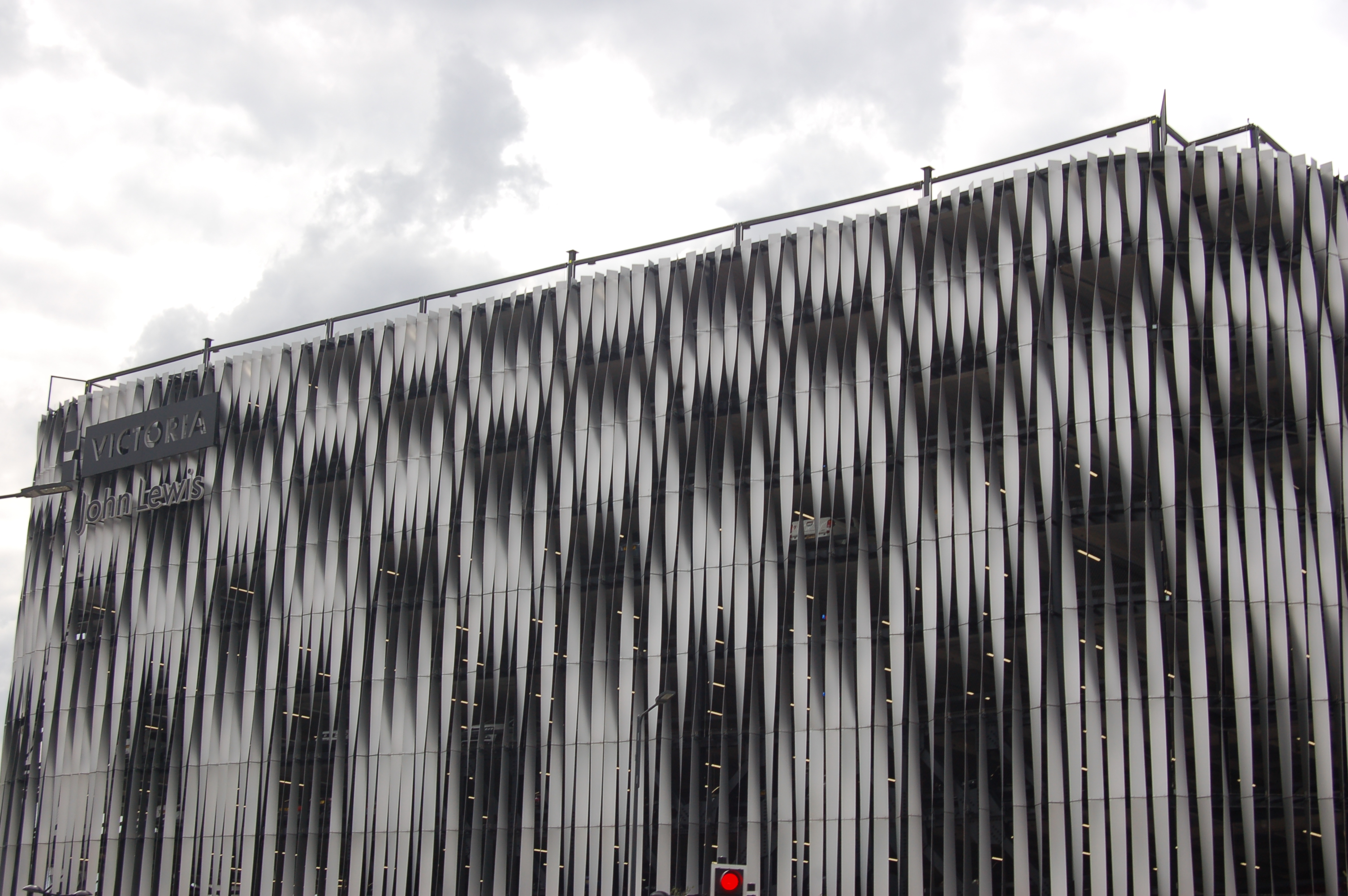 The Atlas Statue was designed and produced by Thewlis & Co in the 19th century. The statue is of the Greek god Atlas, struggling to carry the sky on his shoulders.

Be Inspired by Landscaping In and Around Leeds