Everday life including rulers, war, food and sexism
View resources Teachers notes Share View related stories
Add to board
Previous section
What do we Know about the Roman Army?

Roman Invasions and the Roman Empire

What is an Invasion?

An invasion is the movement of an armed force into another country with the intent to conquer or take over that country.

What Countries did the Romans Invade?

The Invasion of Britain

In 55 BCE the Roman leader, Julius Caesar, took his army across the English Channel with the intent to invade Britain. He wanted to make Britain part of the Roman Empire. However, this invasion was not successful and he returned to Rome. 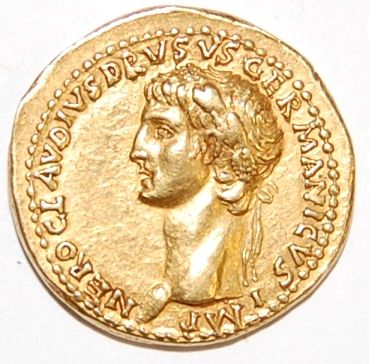 Gold Roman Coin
In 54 BCE Caesar tried to invade Britain again, this time bringing a bigger army with 30,000 soldiers. Although the Romans had more advanced weapons, Caesar felt that the war would continue for a long time and decided to return to Rome.
In 43 CE the new Roman Emperor, Claudius, tried to invade Britain again. This was nearly 100 years after Caesar’s failed attempts. Claudius brought with him four legions and finally managed to conquer the Southern half of Britain.

What did the Romans bring to Britain that still exists today?

Today many of the Roman influences still exist in our society, for example, many motorways that can be found in Britain exist upon the old Roman roads.
Hadrian’s Wall was built in 122 CE by the Emperor Hadrian between England and Scotland with the intention of controlling the Celts and marking the boundary of the Roman Empire. It was also a display of power. Hadrian’s wall can still be seen today.
Much of our language is based on Roman (Latin) words and the word Britain was in fact a word that was created by the Romans.
The Romans were the first to introduce coins for trading in Britain. Another thing that the Romans introduced to Britain was the building of towns.
Next section