The Romans in Leeds

Exploring evidence for Romans living in the centre of West Yorkshire
View resources Teachers notes Share View related stories
Add to board
Previous section
What evidence do we have of Romans in Leeds?

The Villa was occupied between about CE 200-370. It was owned by one or more important families with connections to the Roman army.

Only rich people could afford to live in Roman villas, which were usually exquisitely decorated with beautiful mosaic floors, plasters and fitting. 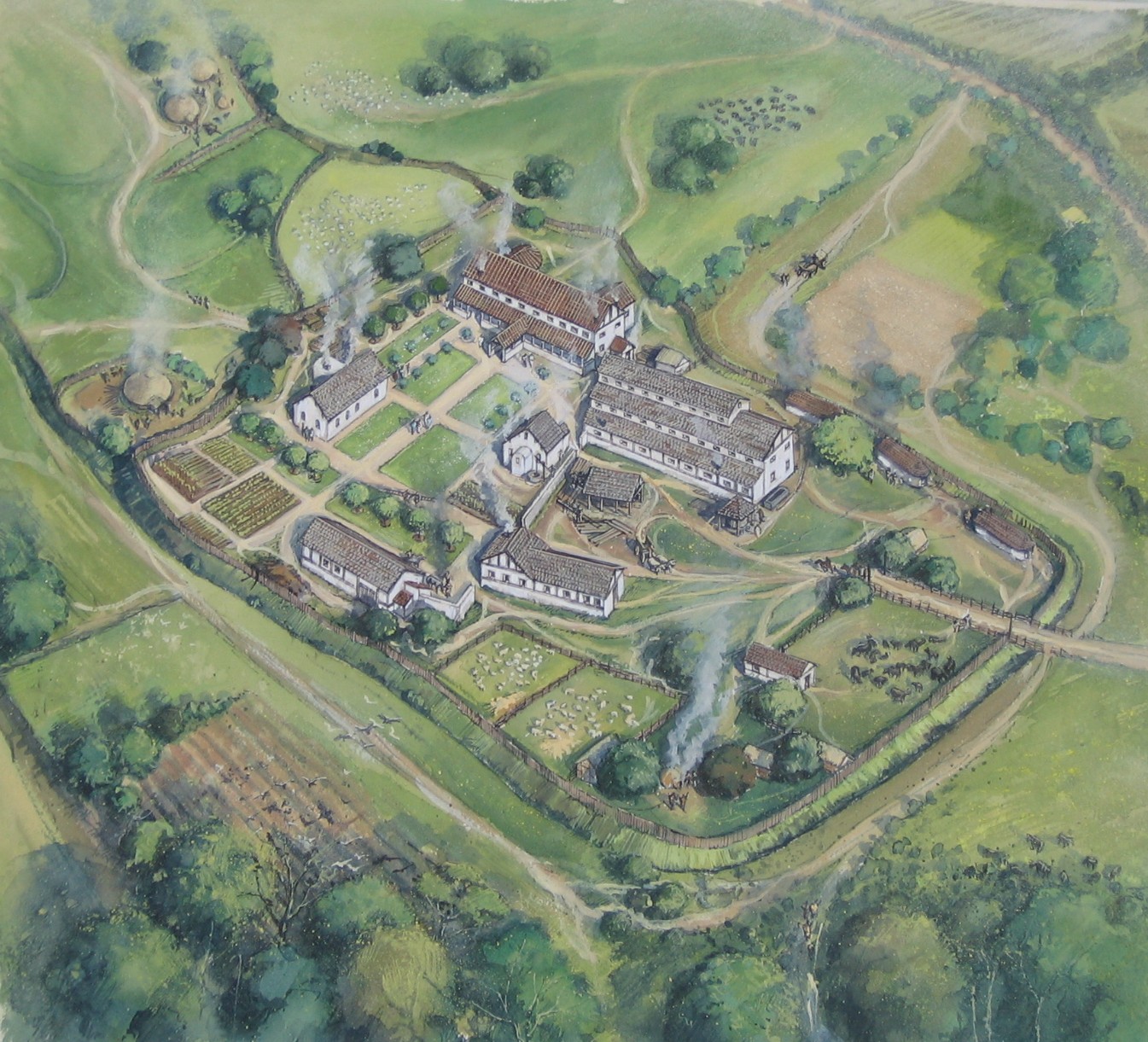 We know that the Villa was important because objects of silver were found there along with a painted wall and ceiling plaster. Some plaster from the ceiling at Dalton Parlours is on display at Leeds City Museum. It was pieced together from hundreds of tiny fragments which were found by archaeologists. The Villa lay in a good position near a major Roman road, linking Ilkley to Tadcaster. A Roman fort and vicus (town) at Newton Kyme were only 5km away.

A floor mosaic from the Villa was found in the 19th Century. It shows Medusa, a Greek and Roman mythical monster with living snakes for hair. It is now on display in the Yorkshire Museum in York. Other mosaic tiles ( tesserae) were found during the excavation, but no more complete mosaics. Copper alloy military equipment was found, as well as sixth legion stamped tiles. Archaeologists think that the tiles came from York because they are the same as ones found there. They think the Villa must have had a close connection with Eburacum (Roman York). 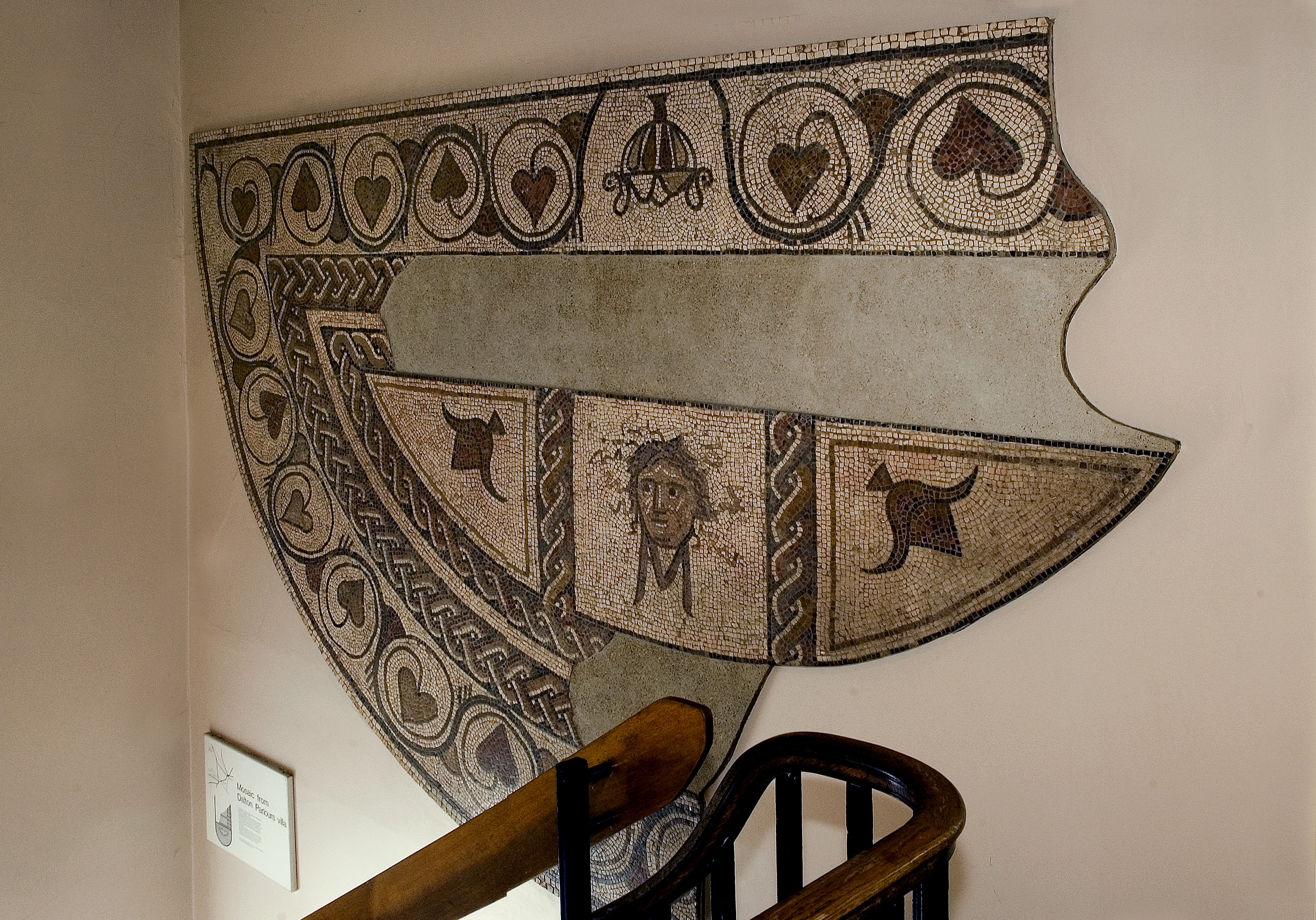 The main building in the Villa was a winged corridor building. The Villa got bigger over time with extra rooms and buildings being added. The full plan shows two separate courtyards with a house and bath suite. This might mean that two families owned the site. Many of the rooms were hypocaust. This means they were heated under the floors with hot air. Other surrounding buildings were used for farming and crafts.

The Villa made money from grinding grain to make flour for bread. Cattle meat was also being produced, and sheep were kept for wool. The lands of the Villa extended several kilometres northwards, as far as the River Wharfe.

Some time in the late 4th Century the Villa was deserted. The well was filled in deliberately to ensure it couldn’t be used again. Archaeologists believe there may also be ceremonial objects left in the well.

Fifteen human skeletons were also discovered during the excavation, including the skeleton of an adult male.

Mosaic - a picture or pattern made up from lots of small pieces of stone, glass, or similar material.

Deserted -  a place that used to have people in it, but now there are none.