Before the First World War, Persil was sold in small packets of 5oz which is about 140g. The soap had to be mixed into a paste before using and would mainly be used by people washing by hand and in very basic washing machines which opened from the top. The packets were small, as at the time people tended to do their washing on 'wash day', once a week and the majority of people could only afford to buy a small packet. 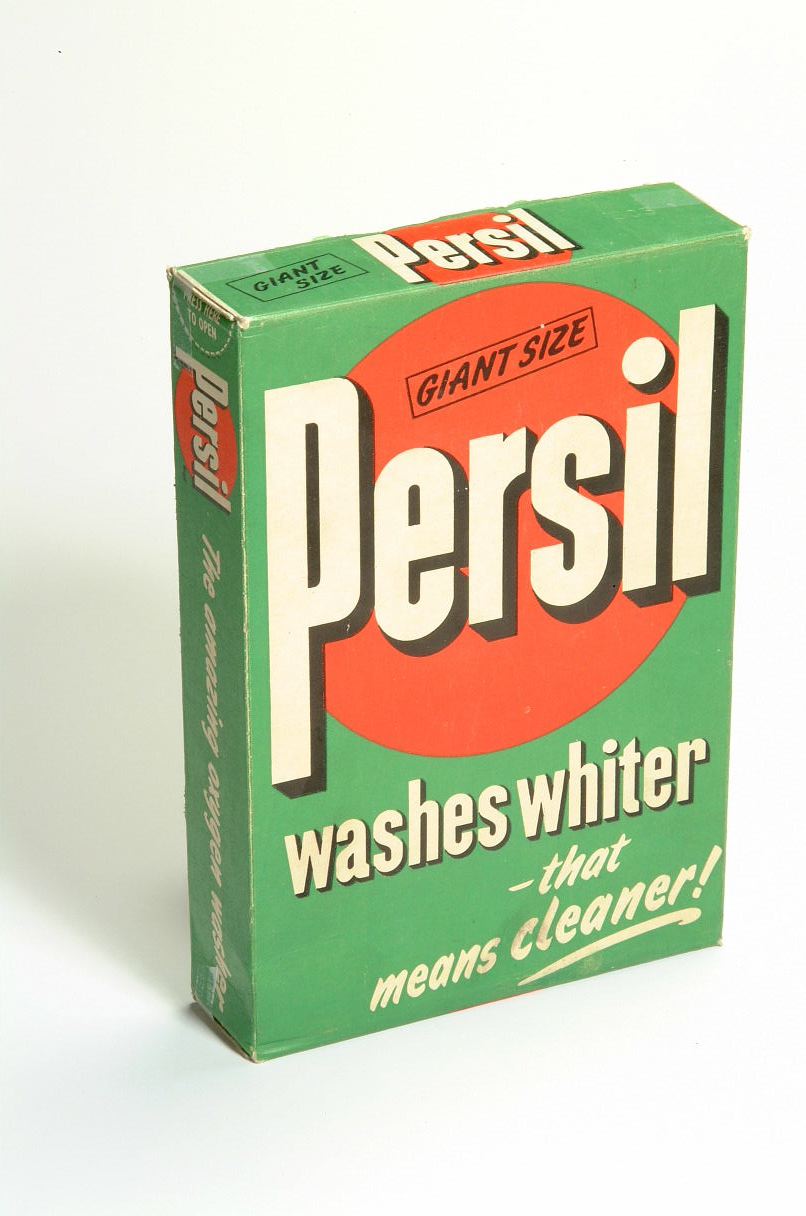 A new Persil was launched in October 1939 which no longer had to be mixed into a paste before use. It also produced extra lather and prevented scum. 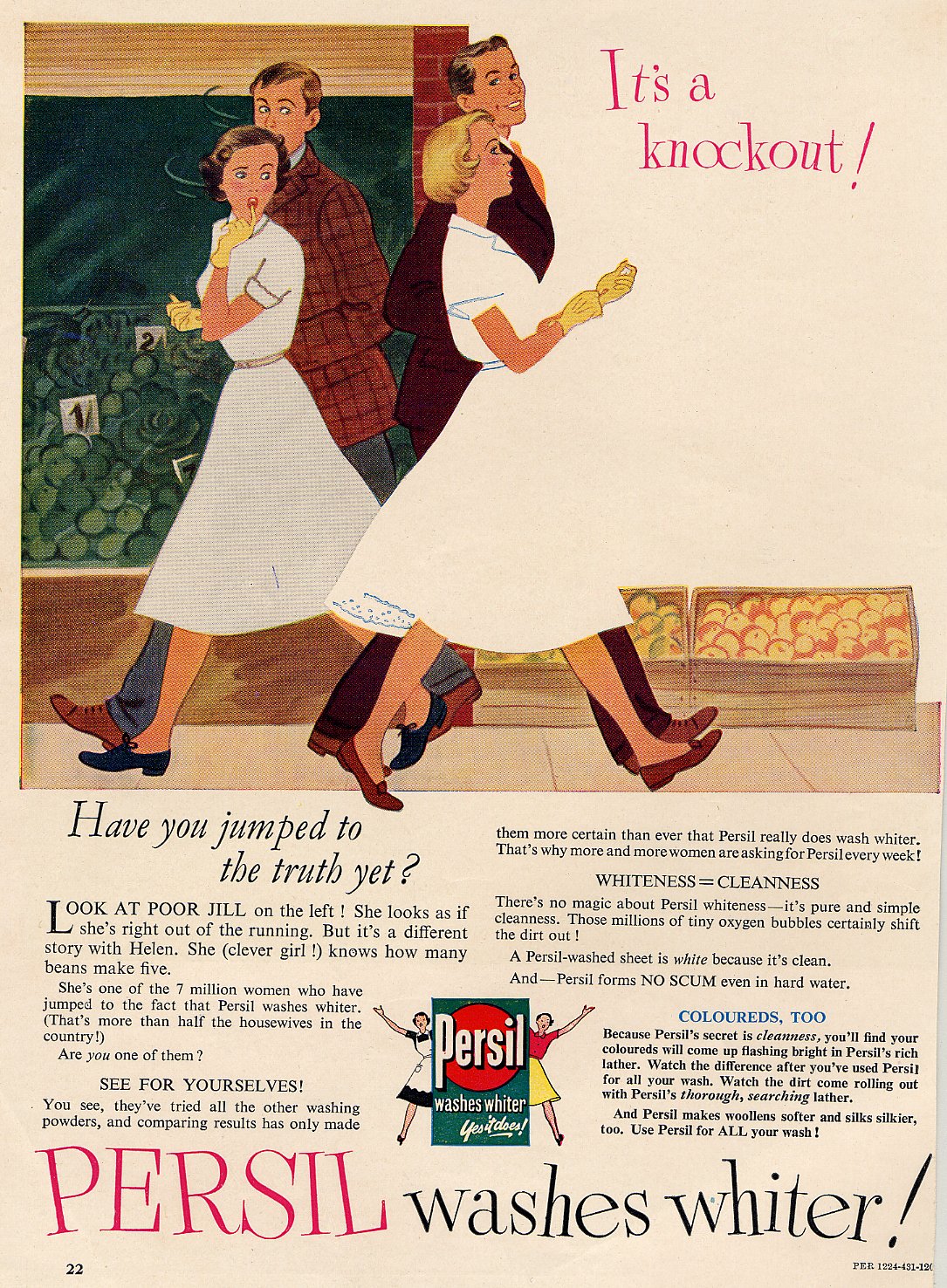 In 1941 the 'Persil washes whiter’ theme was used in adverts and packets. The Persil pack of 1941 claimed that the powder was 'For the whitest white wash.’

Throughout the 1950s and 60s Persil worked on many improvements to the product and the packaging continued to promote the concept that Persil ‘washes whiter’.

Changing Technology in the Home in the 20th Century