Lever Brothers considered the environmental impact of their products.  They developed their products with a careful thought to ingredients as well as considering the content and size of the packaging to lessen the impact on transport and storage.  They began manufacturing biodegradable products in 1965, ten years before this was required by law.

From May 1989, all packs of Persil carried the following message:

‘To safeguard the environment, Persil’s active ingredients are biodegradable and break down rapidly by natural processes into harmless substances.’

In 1991 a new range of products launched with higher environmental standards.  They were ‘concentrated’ products which meant that less product was needed for each wash cycle and fewer chemicals entered the water system; they used 30% less packaging and the boxes were made from 80% recycled cardboard.

In 1993 Persil produced a range of refill products to further reduce use of packaging. The advertising used the slogan ‘saves money, less waste’. 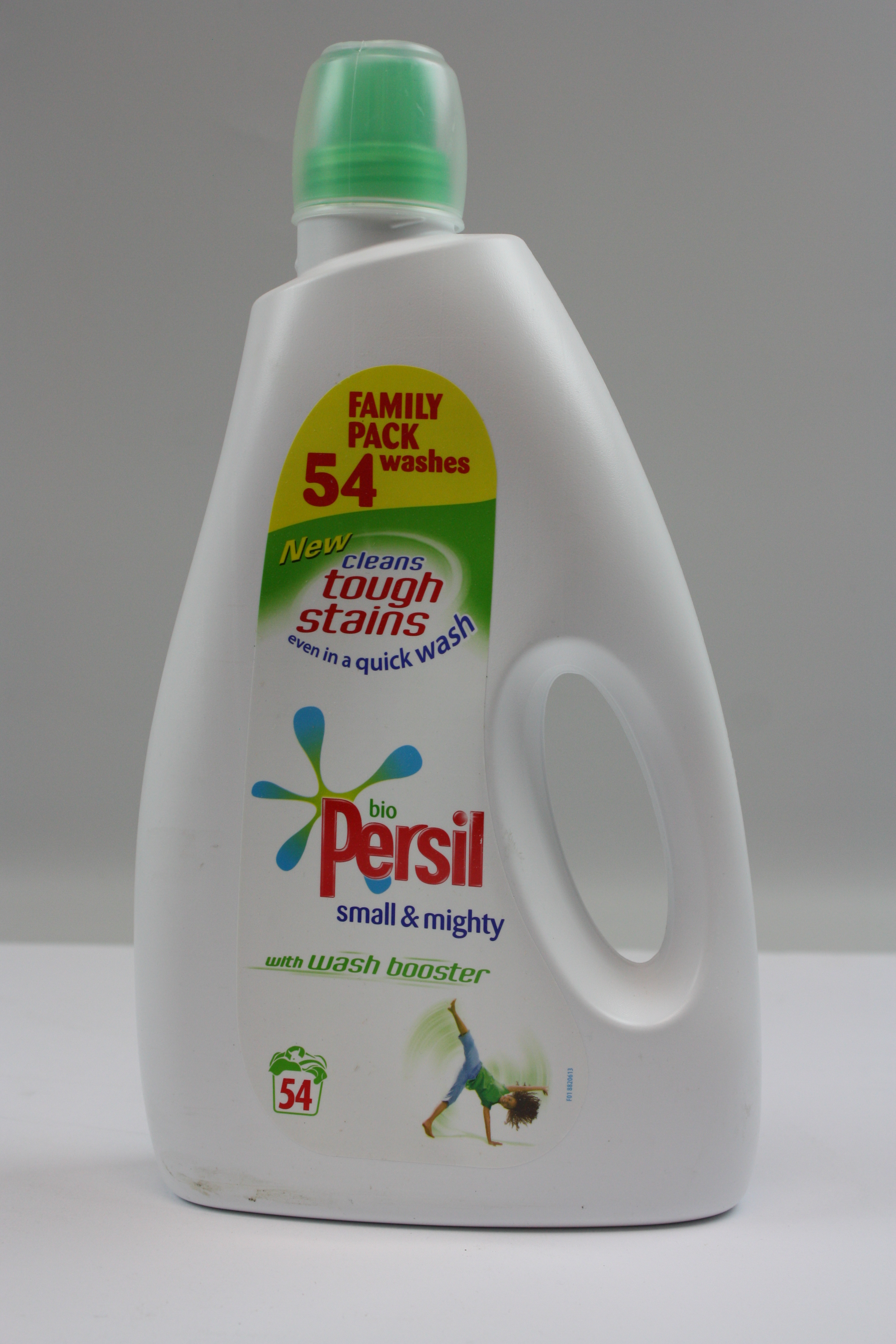 In 2007 the Small and Mighty product launched which was another very concentrated liquid product which claimed that 7,859 trees and 892 football fields of space were saved as a result of the smaller sized bottles.  In 2011 Small and Mighty was reformulated to enable cleaning and stain removal on a quicker wash at a lower temperature further reducing environmental impact.