"School's going to be grand today, we've got an object lesson. Miss Harley said it would be a surprise. We're going to have a sale of work on Friday so we have got to finish our needlework as well. I've got a lot to catch up on because our Jonah was sick with measles so all six of us had to stay off school. Mam said it saved us a few bob at least...." 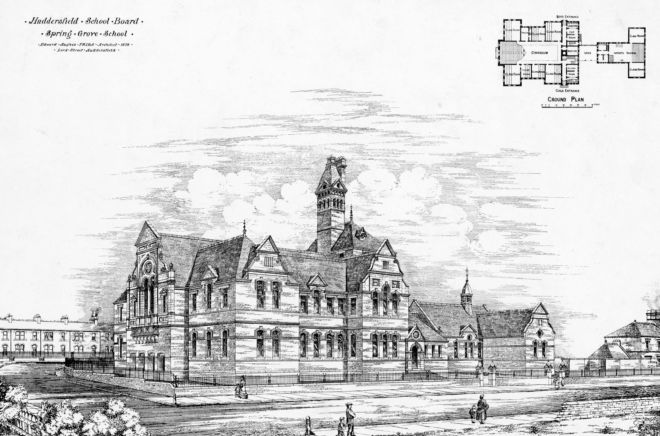 In 1870 the government decided that all children should be made to go to school up to the age of ten.  They tried to make sure that local authorities had schools for the children to attend.

Before 1870, children were often taught on their only day off work (Sunday), at Sunday schools run by local churches.

There were also 'Dame schools' run by elderly women of the village who would teach basic skills like reading and writing, usually in the women's own homes and attended by working class children. 'Ragged schools' were set up by the side of the road for the poorest of children and would try to teach very basic skills like counting. The children of richer families might have their own tutor or governess until they were ten or eleven when they would be sent away to boarding school.

'Elementary schools' were not free until 1891 so parents had to pay a few pence a week to keep their children in school. Books and equipment also had to be provided by the children themselves and some families found this very difficult. Unfortunately, it was often the girls who missed out on school as they would have to help with the housework and looking after the younger children. 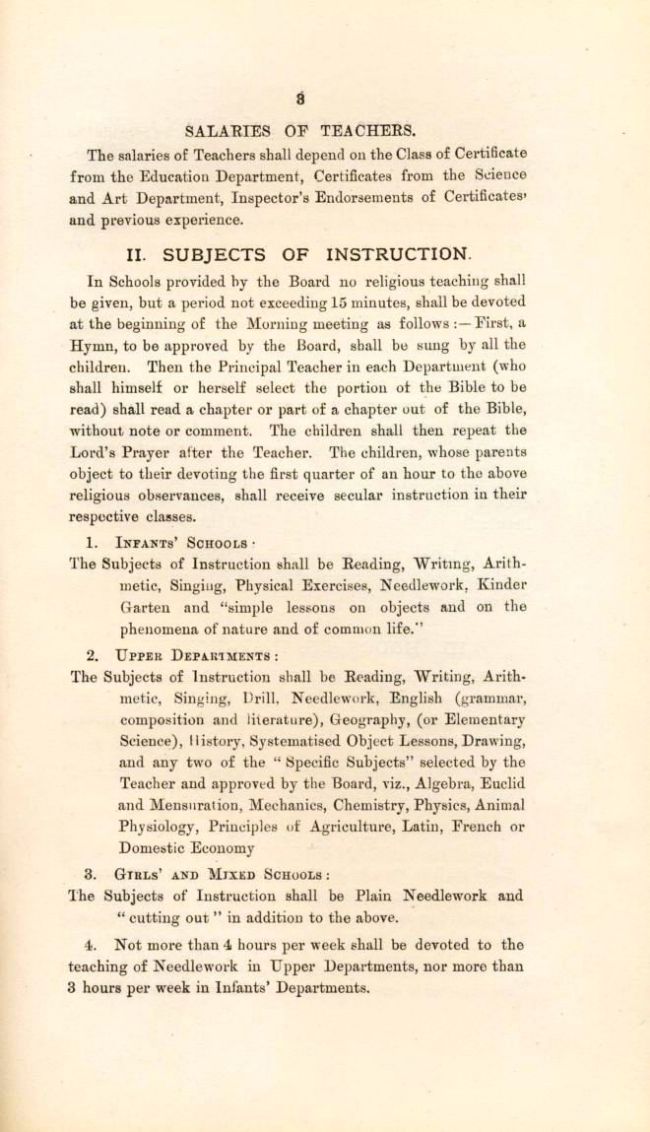 Subjects of Instruction from Huddersfield School Board

Children learned by reciting information off by heart and lessons were very repetitive. Punishments were hard and children would be caned (hit with a thin stick) if they got into trouble. Classes could also be very large with up to 80 children in some classes. The teacher would lead from the front and would be helped by 'monitors' or student teachers helping the other children. 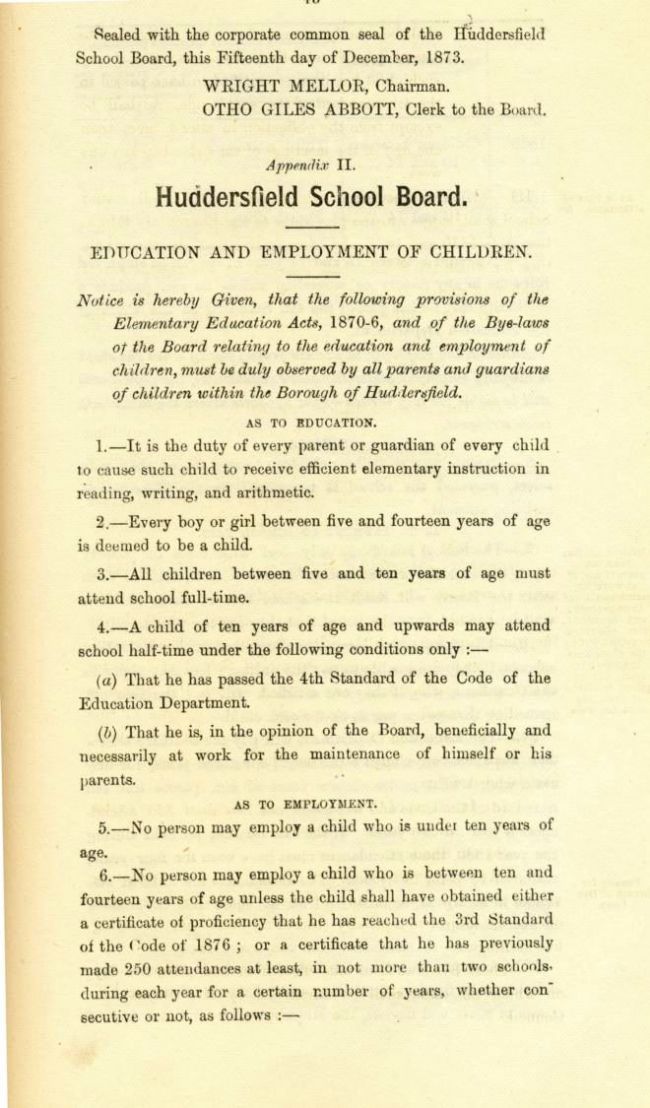 Rules Regarding Education and Employment of Children

Listen to the audio clip of an extract from Charles Dickens' novel 'David Copperfield', describing the young boy's impressions of school: