The history of Thwaite Watermill from 1641 up until the present day
View resources Teachers notes Share View related stories
Add to board
Previous section
A Fulling Mill, 1641-c1820

By 1823 the fulling mill had become dilapidated. Its owner by this time was the Aire and Calder Navigation Company, a group responsible for making the rivers Aire and Calder more navigable following an Act of Parliament in 1699. By adding locks and canal-like cuts, they eventually created a 34 mile-long ‘Navigation’ between Leeds and Goole. This company sent engineer John Rennie to see what improvements could be made to the mill buildings.

On his advice, it was decided to demolish and rebuild them; a project which took two years and cost £15,678 – almost £1.9 million today!

As well as a new mill, other constructions included a workshop, a warehouse, stables, workers’ cottages and the mill tenants’ house. It is these buildings which remain to form the current museum, excluding ‘Dandy Row’, the workers’ cottages, which were demolished in 1968.

Inside the mill two water wheels were constructed, designed by Thomas Hewes, a well-known millwright and industrial machinery manufacturer who may also have advised on the rebuilding more generally. He was most famous for his work on watermills, but also worked on steam powered machinery, and completed projects all around the country. His two water wheels at Thwaite are 5.6 metres in diameter (with different depths) and are made from cast iron with 24 elm buckets on each. Both are breast-shot wheels, meaning the water hits them at axle level, and can turn at a maximum rate of 12 revolutions per minute, or 7.7 miles per hour.

The cogs, shafts and pulleys connected to them turn at the same rate, which meant that the wheels were able to power machinery inside the mill for a variety of purposes. 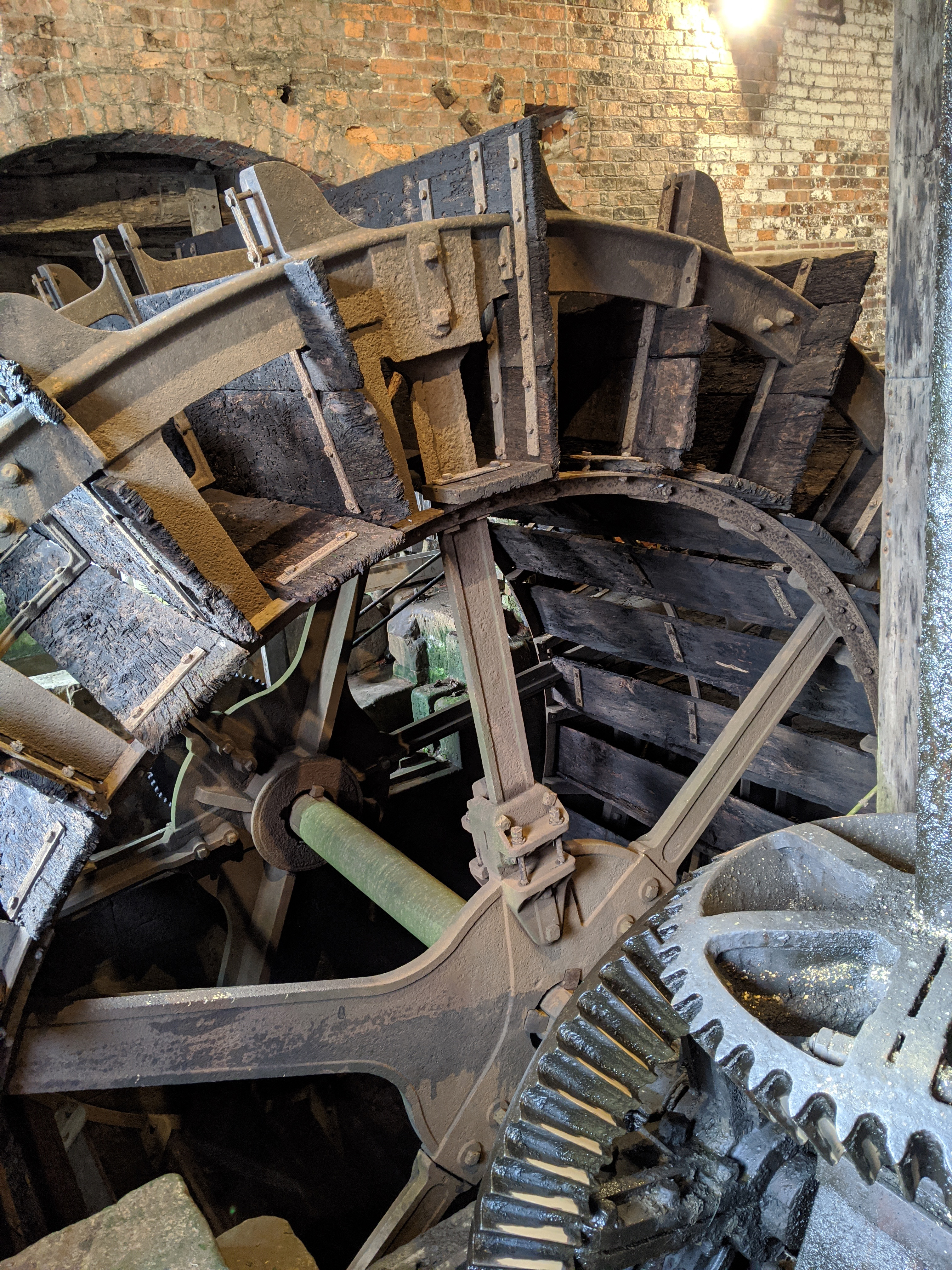 Filtrate Oils and the Joys

In 1825 the first tenants of the new mill arrived: the Joy family. This family began the company ‘Edward Joy and Sons Ltd’, which produced lighting and lubricating ‘Filtrate’ oils by crushing seeds such as linseed and rapeseed. Many railways, still in their infancy in this period, were supplied with oil produced by the Joys at Thwaite Mill.

One particularly famous recipient of their lubricating oil is thought to have been George Stephenson’s ‘Rocket’, an award-winning steam locomotive.

In 1829 this engine won a competition to decide the best mode of transport for the new Liverpool and Manchester Railway and subsequently inspired technological developments across the entire railway network. So, one might argue that Thwaite Mill indirectly provided support for wider advancements in British engineering!

Although oil was a main concern for the Joys, they also used their crushing machinery for other purposes. Exotic woods imported from South America, for example, were crushed to produce colour dyes for textile manufacture.

By 1845 the partnership between William and Edward Joy had been dissolved and the family had left Thwaite Mill, but the company continued successfully for many years, eventually manufacturing oil for motorcars. 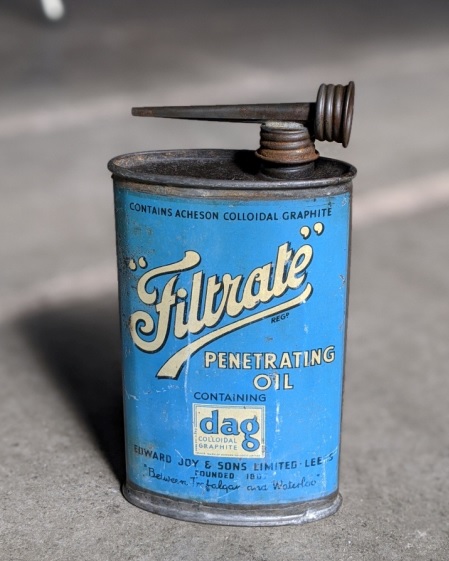 Census information indicates at least one other Thwaite Mill tenancy in the two decades after the Joys left: that of Robson and Bucktrout, who seem to have continued running a seed crushing business. However, in the 1871 record the mill itself is not listed. It was around this juncture that the buildings experienced a period of neglect and disuse, returning to a state of disrepair.

Navigation - a navigable section of a river, unlike an entirely man-made canal. (Also the origin of the term ‘Navvies’, or ‘Navigators’, now associated with building railways).