The history of Thwaite Watermill from 1641 up until the present day
View resources Teachers notes Share View related stories
Add to board
Previous section
The Joy Family, 1825-1845

In 1872 the Horn family arrived at Thwaite Mill, after Thomas Horn successfully offered to take on the tenancy for £100 per annum. This was under 10% of the rent paid by the Joys, which is testimony to how poor a state the property was in by this time. The Horns installed stone-crushing equipment so the mill could be used for grinding flint, china stone and chalk and also renovated existing machinery. (Sadly, Thomas Horn’s fifteen-year-old son was killed whilst replacing the large water wheel.)

Raw materials for crushing arrived by barge and from the 1920s were transported on a small rail track, known as the Jubilee Line, to the mill building.

China stone was sourced from the Cornish coast, while flint came from Kent and chalk from Hessle Quarry in Yorkshire. Most finished products left the mill in the same way, via the Navigation. 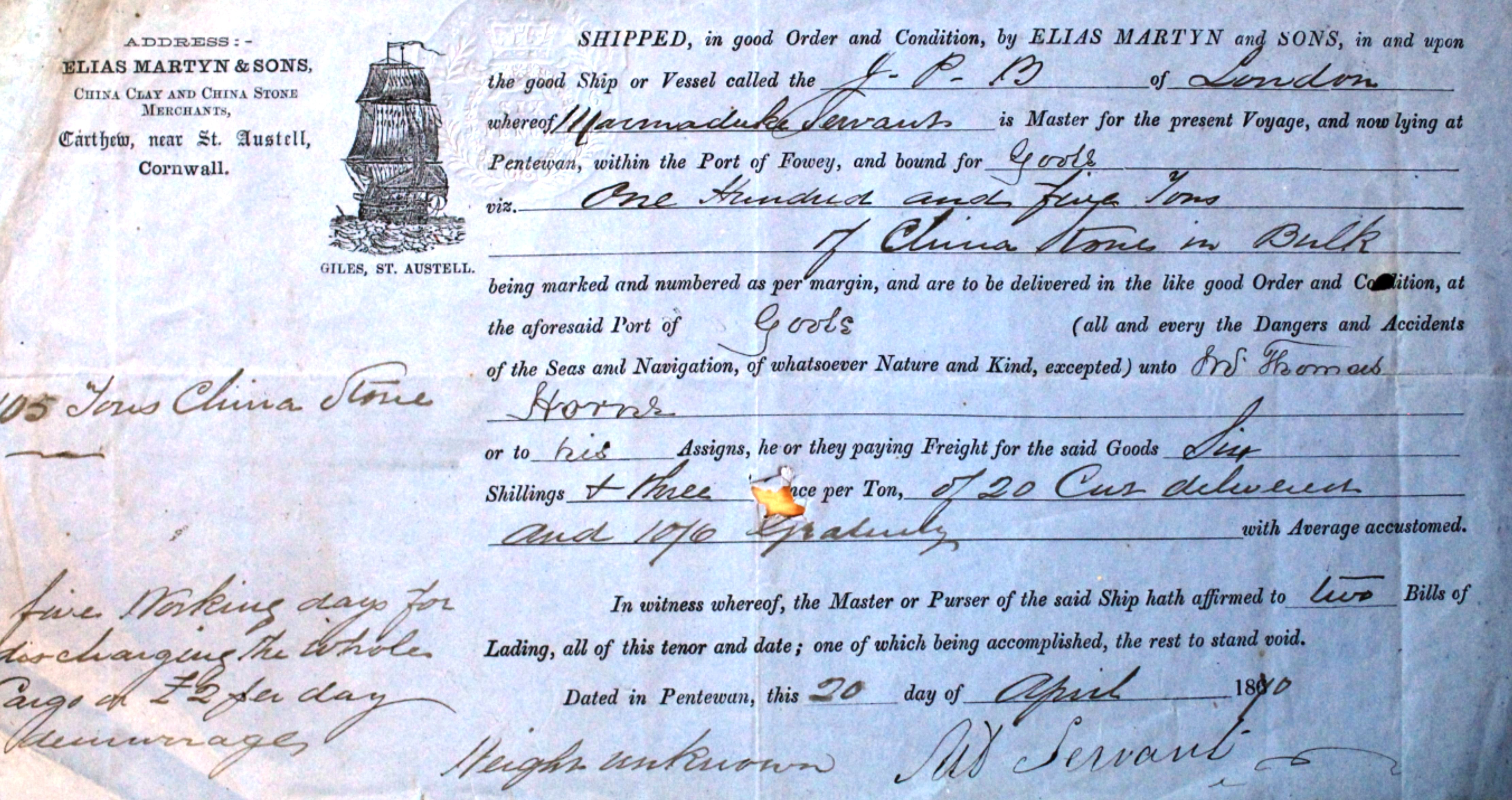 The different types of stone had separate grinding processes and the final products were put to different uses by customers: 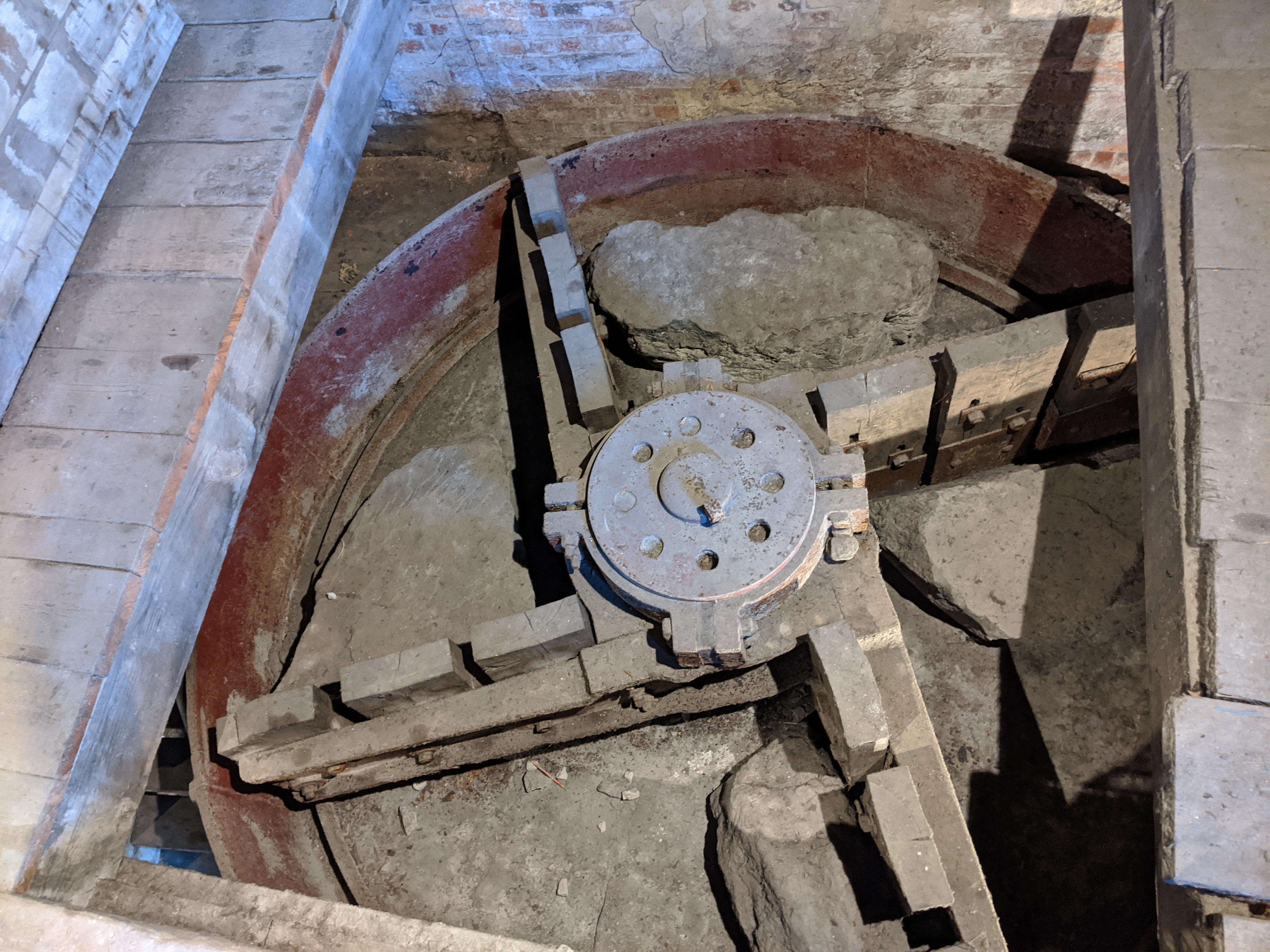 In 1923, just over fifty years after their arrival, the Horns began producing putty as a way of using up surplus whiting.

Before the invention of modern day sealants, putty was essential for glazing windows.

The surplus whiting was mixed with linseed oil from Canada at a ratio of one part oil to seven parts whiting. What started as a way of reducing waste material soon became the Horns’ most successful venture, and putty became their only output by the 1960s. (The collapse of the Aire Valley pottery industry during the First World War had brought an end to crushing flint and china stone.)

Their success was in part due to the installation of a Raymond Mill in 1931, which increased output and efficiency. Originally built to pulverise coal, this machine speeded up the grinding process and replaced the water levigation system by enabling chalk to be ground dry at pre-set grades.

The system inside the Raymond Mill required almost all moisture to be removed from the chalk first, so before entering the machine the small pieces were dried thoroughly in a rotary dryer.

A Marshall Diesel Engine was brought in to power the Raymond Mill, as the wheels weren’t strong enough (although they were still used for mixing the chalk and linseed oil). The Horns were innovative in using a coal pulveriser in this manner and other mills began to follow suit in wake of their success. 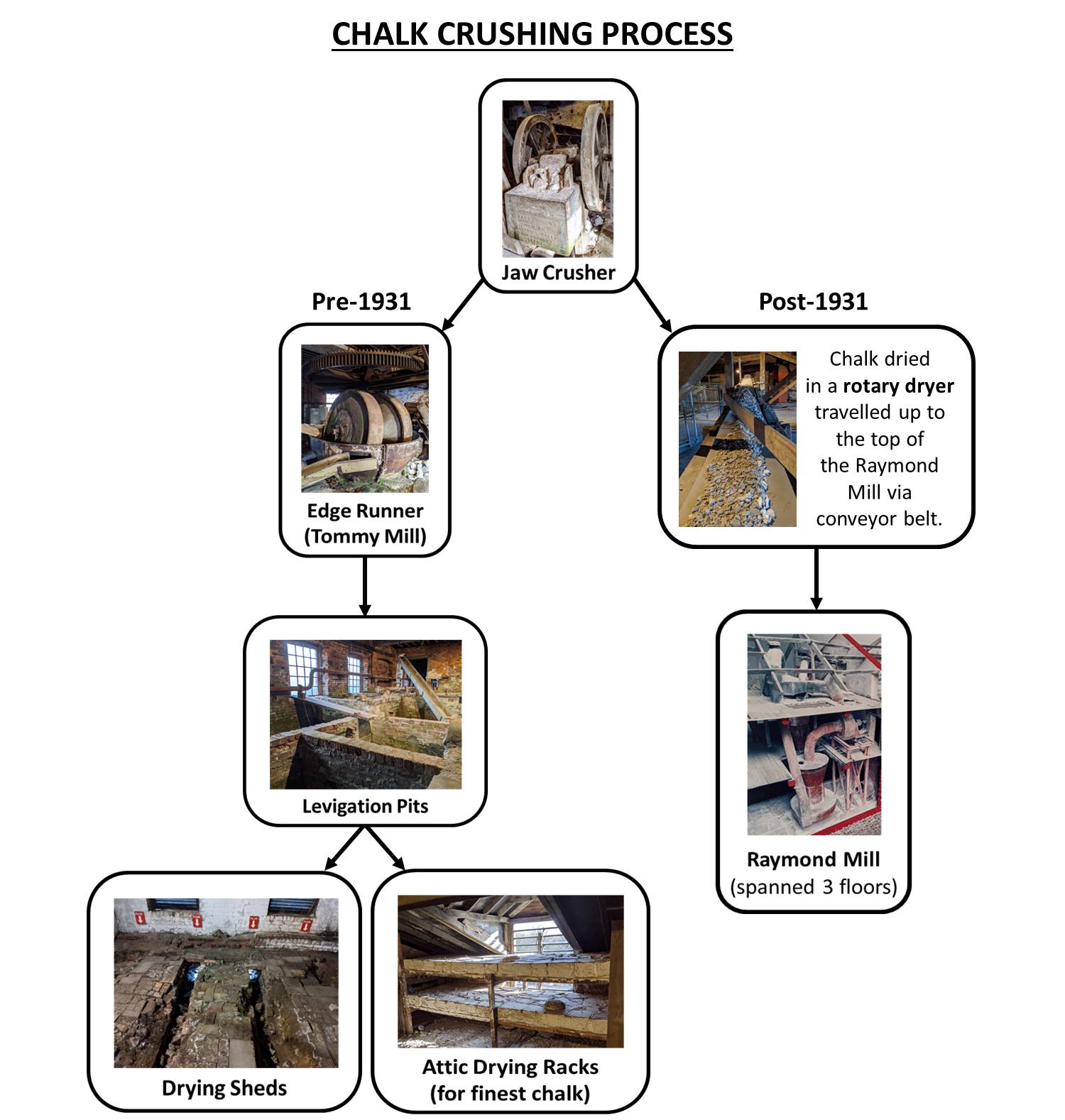 Jaw Crusher - a machine for crushing rock between two heavy metal jaws.
Edge Runner - a machine for grinding pieces of rock by the rotation of grindstones around a pan.
Levigation - the process of separating fine particles from coarser ones by suspending them in a liquid.
Launder - a trough or gutter for conveying liquid.