The history of Thwaite Watermill from 1641 up until the present day
View resources Teachers notes Share View related stories
Add to board
Previous section
The Horn Family, 1872-1976

During the Horns’ management there were a variety of jobs for workers at the mill site. In the first few decades, during the Victorian era, employment was available in Thwaite House as well as the mill.

Domestic servants were sometimes hired by the mill owner to serve him and his family, which was common practice amongst those who could afford it in this period.

Victorian servants had a variety of responsibilities.  At Thwaite House some may have included: washing, hanging and ironing clothes by hand, preparing and clearing away meals, scrubbing floors, emptying chamber pots and caring for the children of the household. In the museum today you can get a flavour of these domestic duties by exploring the recreated Victorian Kitchen and Scullery.

However, the large majority of Horn employees were mill workers. Much of their work involved moving stone in various forms from one place to another: loading raw material off boats and onto corves (small wagons), shovelling stone into the jaw crusher and grinding pans, loading and emptying the drying sheds or racks in the mill attic, bagging up whiting and barrelling slurry, to name but a few! Another important job was working in the Engineer’s Workshop, which meant blacksmithing: making and repairing tools, or woodworking: making and repairing equipment such as corves and wooden patterns used in the manufacture of iron castings.

After putty production began in 1923, some workers were assigned new tasks, such as packing putty into tins by hand and loading tins into lorries for delivery. 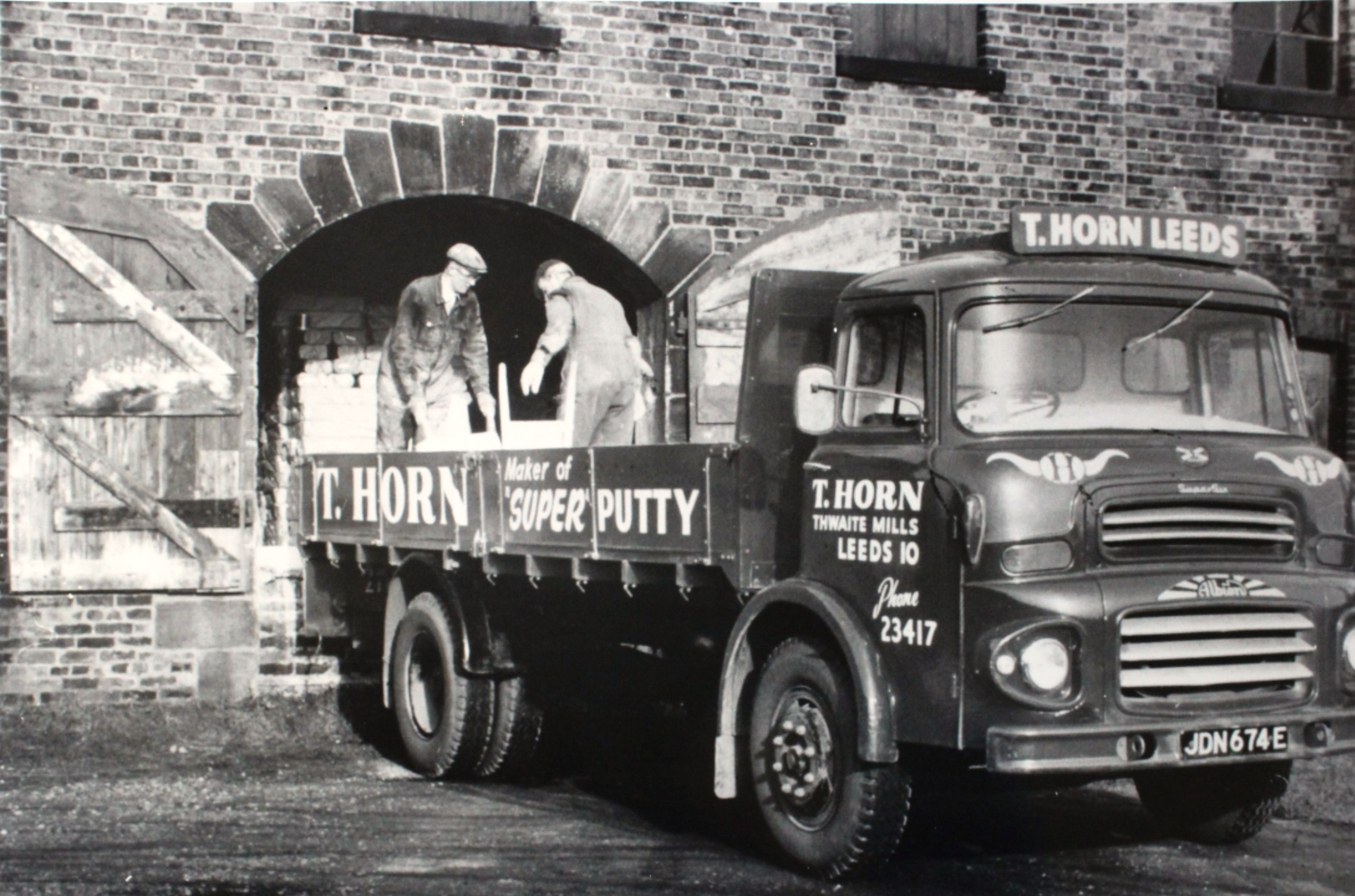 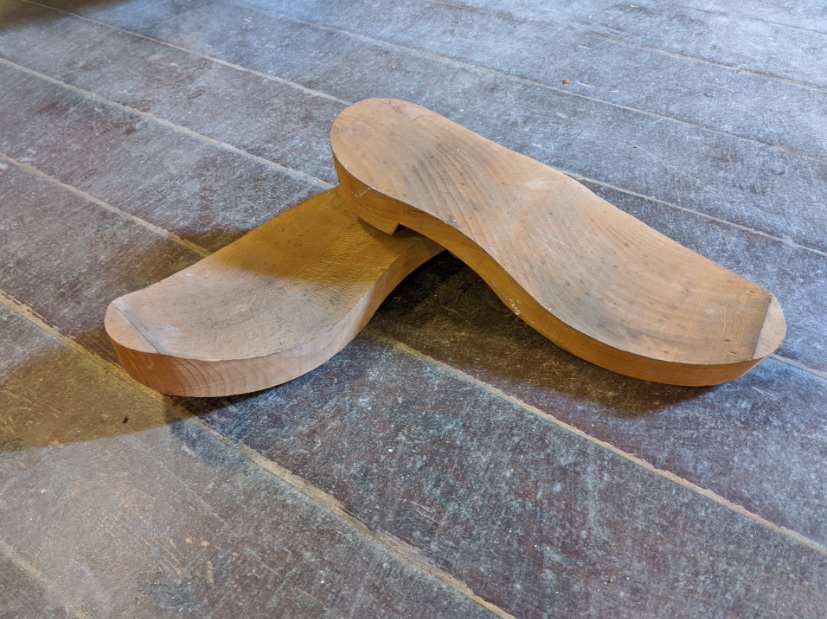 Lots of the Horns’ employees lived at Dandy Row, the set of eight cottages located nearby along the Navigation. These were built in the mid-1820s, possibly using bricks from old buildings in Briggate (central Leeds), and were demolished in 1968 to widen the Navigation. 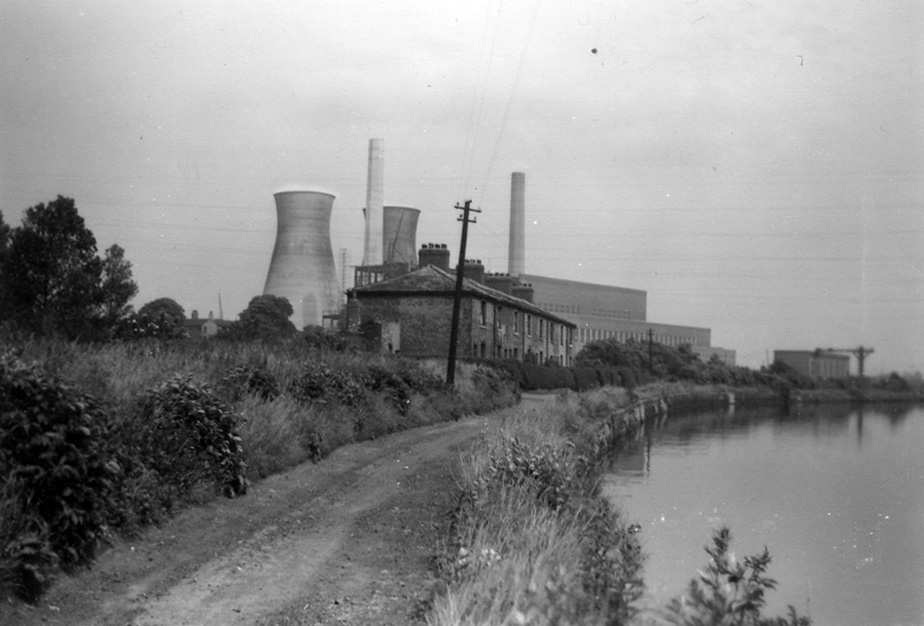 They were very primitive by modern standards and had some drawbacks. Firstly, each cottage was very small, comprising just a front room and kitchen downstairs and two bedrooms upstairs.

Until 1910 there wasn’t any plumbing, which meant there were no inside toilets and water had to be accessed from water butts or wells.

While this was not uncommon for working class houses at the time, the well water on the island was not suitable for drinking. In 1897, water from the well in the cellar of Thwaite House caused two children to die of typhoid. Contemporary analysis showed signs of contamination from the river. Even long after the Victorian period, Dandy Row lagged behind most residential areas in significant ways.

For example, despite the construction of Skelton Grange Power Station just behind the cottages in the 1950s, they were never hooked up to the national grid and so lacked electricity.

In the 1960s, one of the families acquired a generator which they used to provide electric light and power a television. This was presumably a source of communal entertainment for all Dandy Row residents, but it was unpredictable and had a tendency to blow up! (It is worth noting here that the mill buildings themselves were not connected to the national grid until 1986. Prior to this, electricity for lighting only was produced by water-powered generators.)

Despite these substantial disadvantages, the homes on Dandy Row were well built and would have been quite comfortable with oil lamps and the large range in each kitchen. They were also very cheap to rent in their later years due to their relatively basic conditions. In addition, they had the luxury of outside space, as each cottage came with its own garden and the use of an orchard and large allotments, enabling residents to grow food and keep animals such as hens and pigs.