Following the war, Thwaite Mill continued to be successful, particularly with putty production. It is estimated that by 1950, 800 tons of putty were being produced annually. By the 1960s the Horns produced nothing else.

During these early post-war years, features on the Navigation saw some significant developments.

In 1947 the steam crane, used for unloading stone from boats, was replaced.

The new steam-driven derrick crane, built by the Butters Brothers of Glasgow, replaced a previous crane made partially of wood which had been used on the site since the early twentieth century. Still used today for demonstrations to museum visitors, the new crane transferred up to three tons of stone at a time onto the Jubilee Line (a small rail track) on which it then travelled to the mill for crushing. 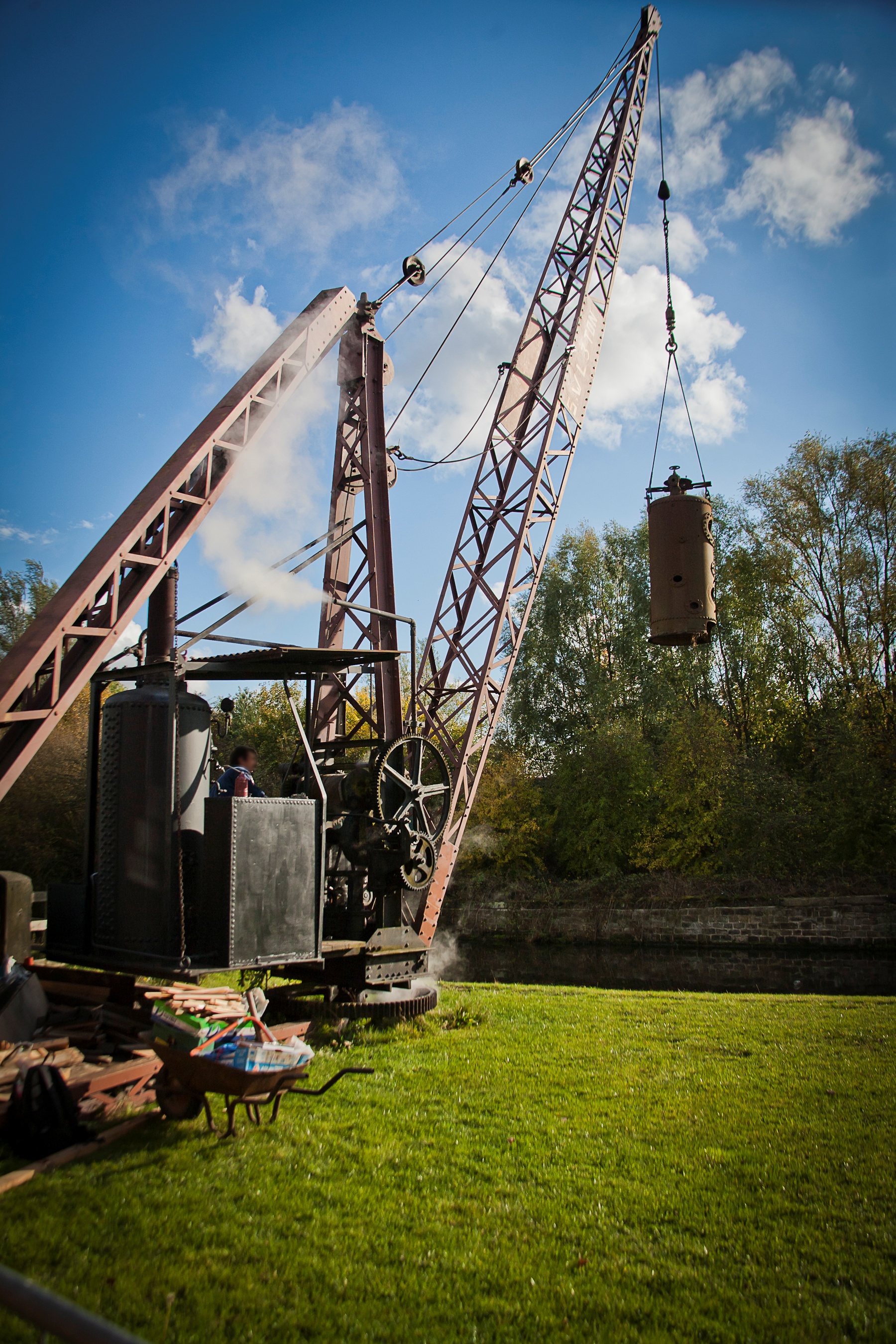 Another feature to be replaced during this period was the wooden swing bridge, constructed in 1824.

This had been operated by the ‘pennyman’, who allowed tall-masted keels, sloops and other vessels to pass in return for a small toll.

These pennies accounted for his entire wage, so when no boats were passing he spent the time in his little wooden hut doing odd jobs such as cobbling shoes. 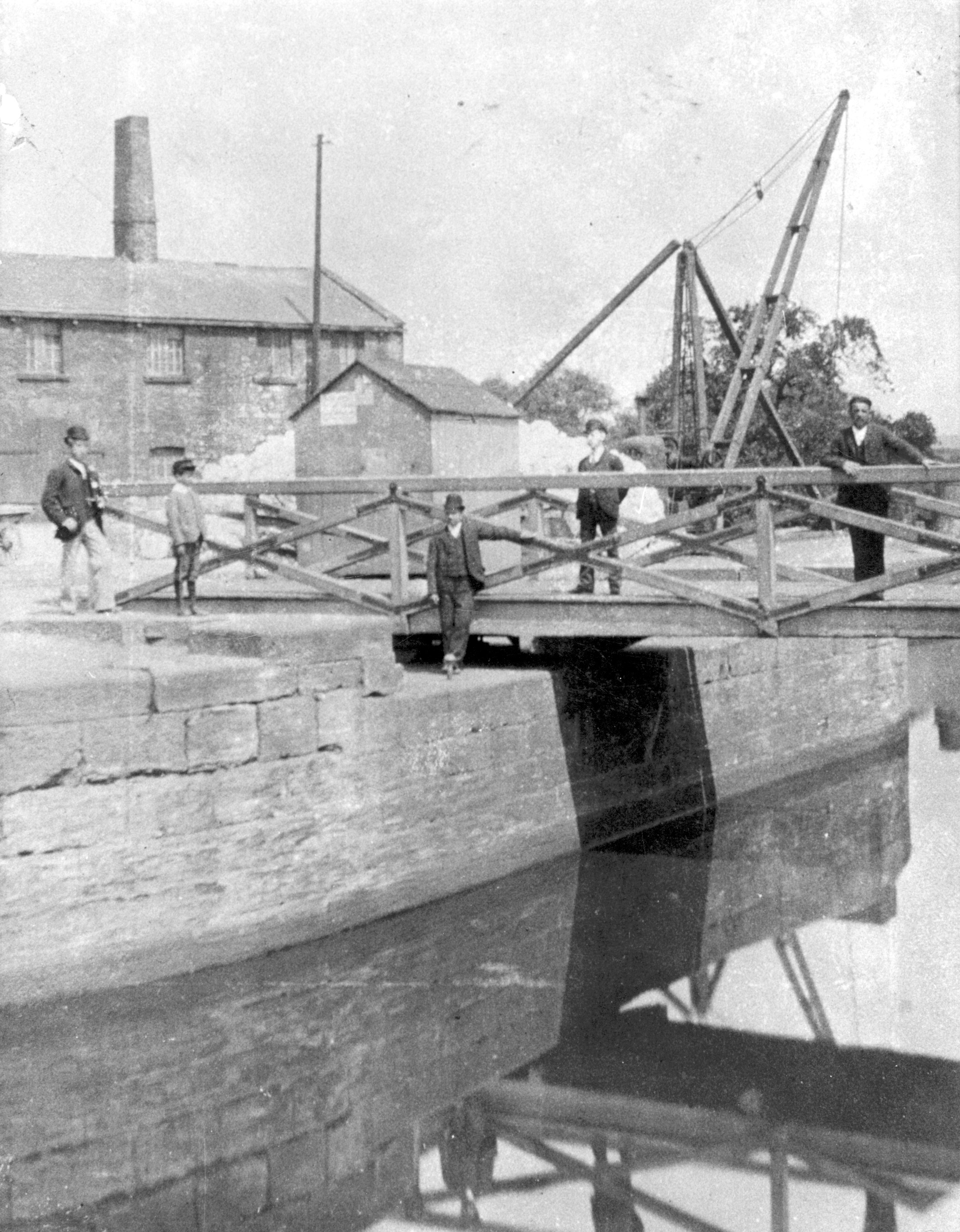 The job of the pennyman ceased as the bridge became too rickety for use and in 1951 a new one was built from concrete. 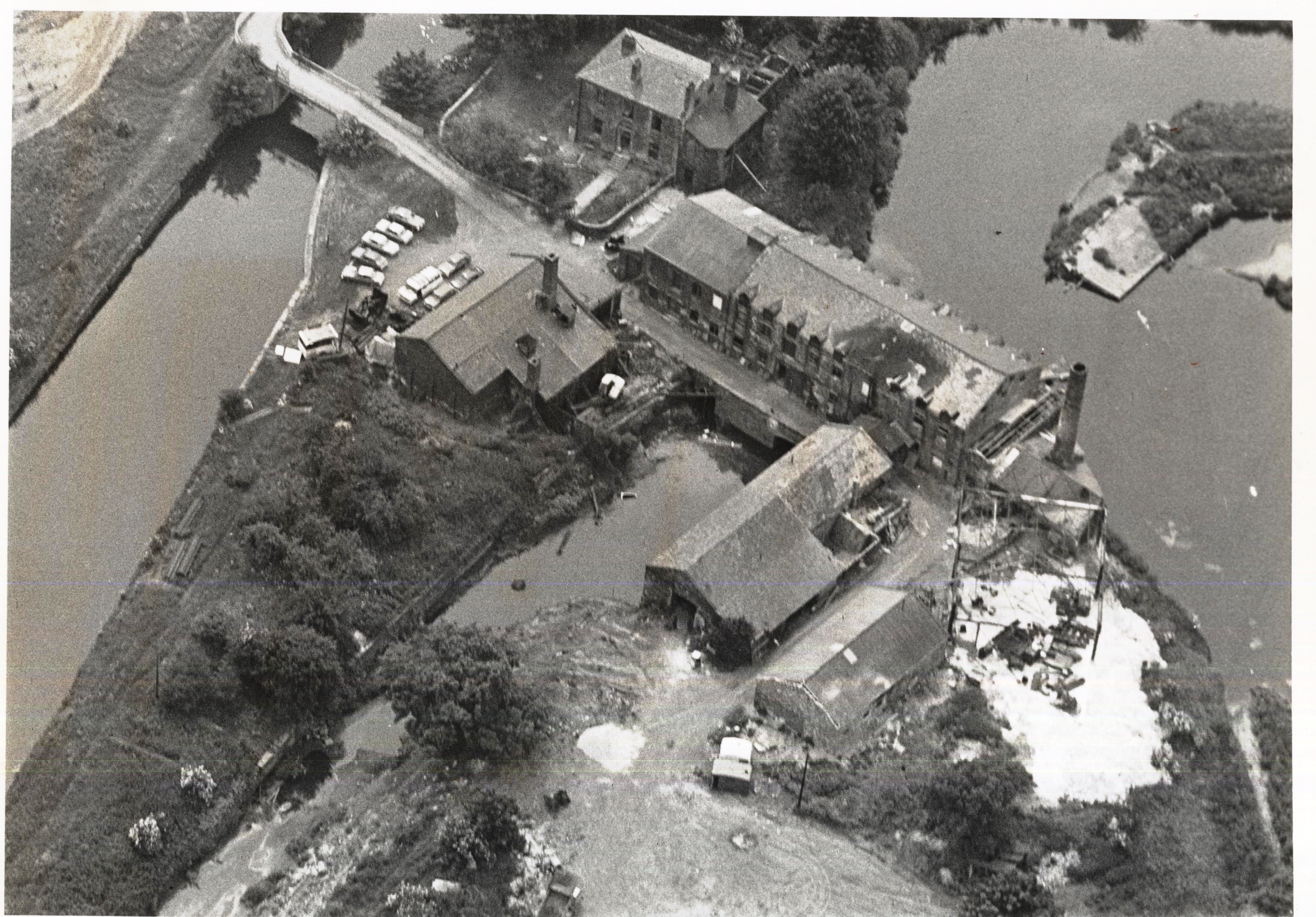 A final feature which saw change in the decades after the war was Dandy Row, the workers cottages. In 1968 these were demolished to widen the Navigation and ease the passage of large vessels. Little else has disappeared since the days of the working mill.

The success of Thwaite Mill in these years was not to last. As time progressed, the Horns’ production methods became outdated and they were less able to compete with newer manufacturers.

Moreover, the growing popularity of uPVC (unplasticised polyvinyl chloride) window frames and double glazing significantly reduced demand, as they do not use linseed oil putty. After a flood damaged the weir in 1975, it was decided that the mill would close and the Horn family ceased operations.

Sloop - identical to a keel except that its sail is triangular

The Flood and Beyond