Holy Item Made from the Bones of the Dead 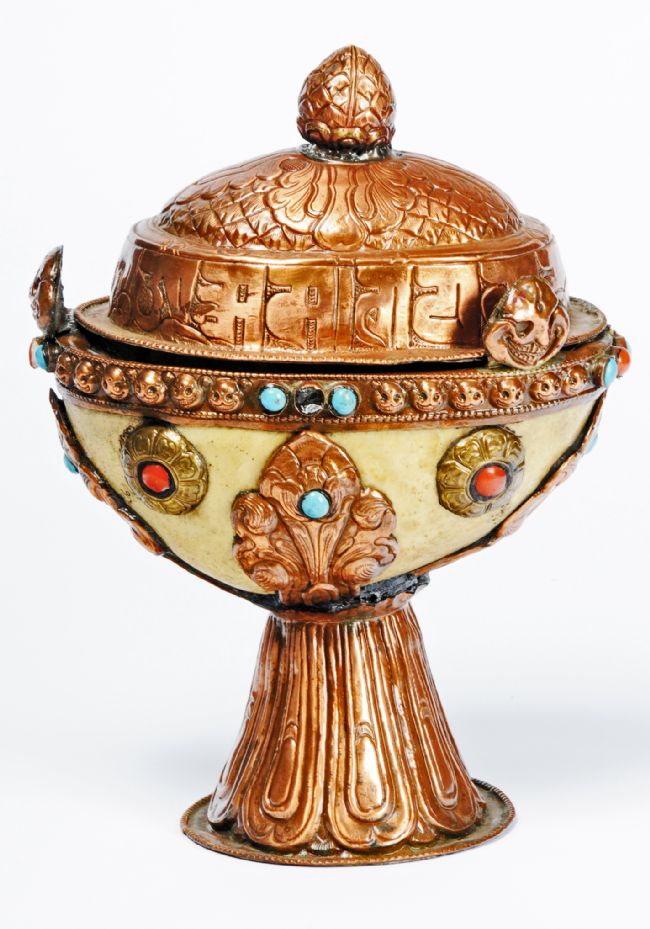 At first glance, this cup may appear quite grisly. It’s made from a human skull. Yet this is a highly sacred relic. It is most likely the skull of a respected priest or lama, and would have been retrieved from a cremation or funeral pyre, to be used for religious offerings at a Buddhist monastery. 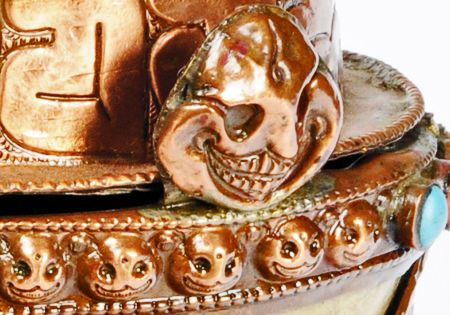 Tibetan Skull Cup - Gold Skull Decoration
The skull cup dates from 1880 – 1910, and has a copper cover and base, with beaten out letters in Lautsa script, and inlays of turquoise and agate. If you look carefully you can see skull-like heads round the edge. They almost look like characters from a comic. Only a few cultures make holy items directly from the bones of the dead, and of these Tibet is the most famous. 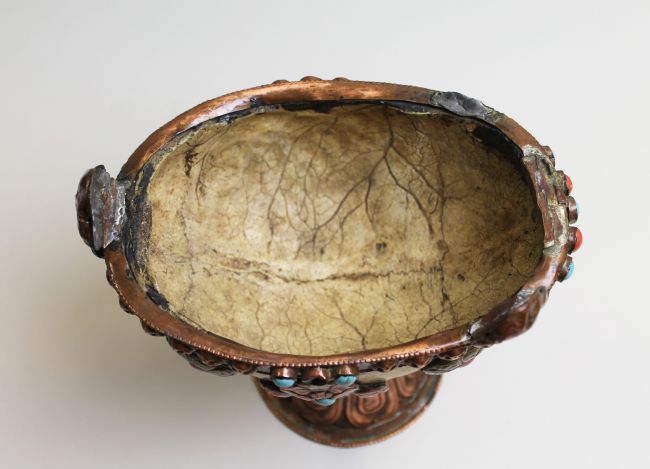 Inside the Tibetan Skull Cup
Tibet is a region in Asia, north-east of the Himalayas. It has been occupied by China since 1959, although the Tibetans have fought to be independent. Tibet's leader is called His Holiness the 14th Dalai Lama. He is very highly respected in most countries throughout the world. Some of his quotes below give you an idea about his beliefs: 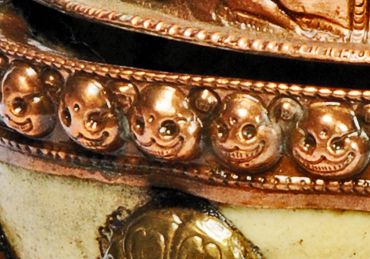 Cremation - Funeral of a body by burning

Pyre - Structure to burn a body for a funeral

Monastery - A place where monks or nuns live and pray