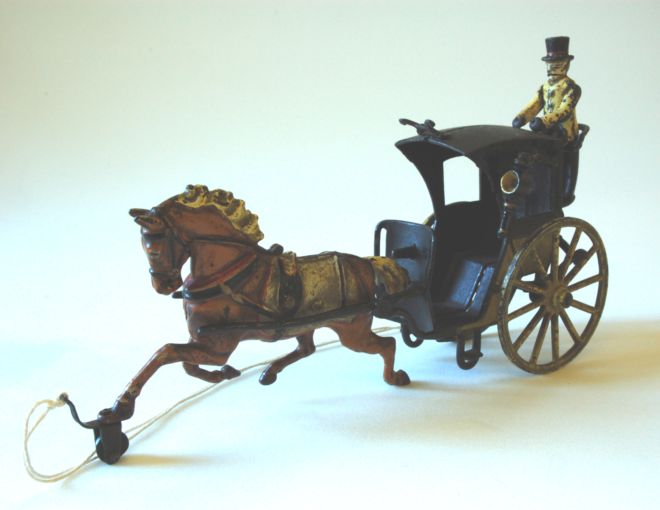 This Victorian toy Hansom Cab is made of metal. The cab driver, perched behind the cab, can be removed.  Just as children today play with toy cars, the Victorian child played with the equivalent toy vehicle! 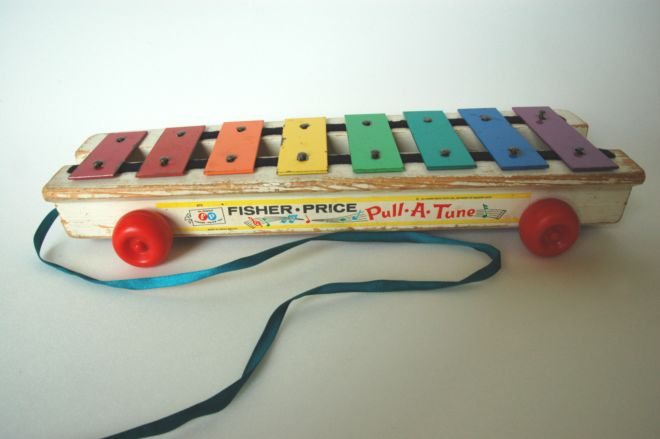 This toy dates from the 1950s.  When pulled along, hammers beneath the rainbow coloured xylophone strike the purple, bright green and orange bars, creating a musical sound.  Many different materials have been used to make this toy: a wooden frame, plastic wheels, metal xylophone and ribbon for pulling along. 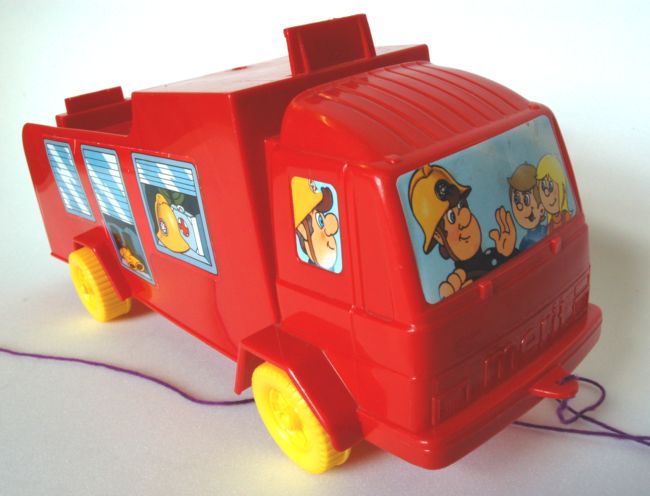 This plastic fire engine, dating from the 1980s, is now sadly broken.  At one time it had a colourful metal xylophone on the roof (imitating the ladder on a real fire engine) and space for two 'hammers' to strike the xylophone. 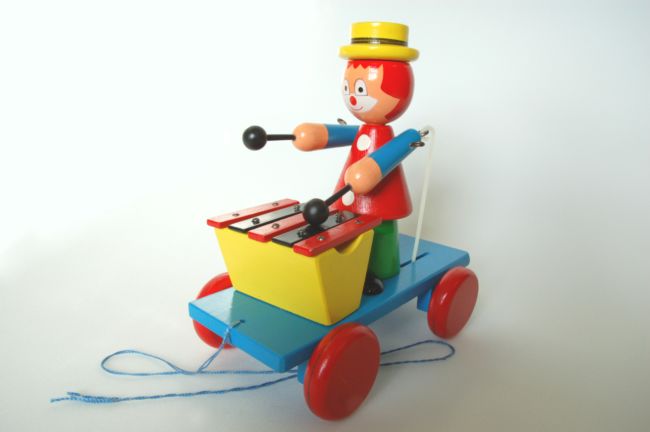 This brightly coloured modern pull-along toy is made of wood.  When pulled along, the clown moves his arms up and down and strikes the bars.