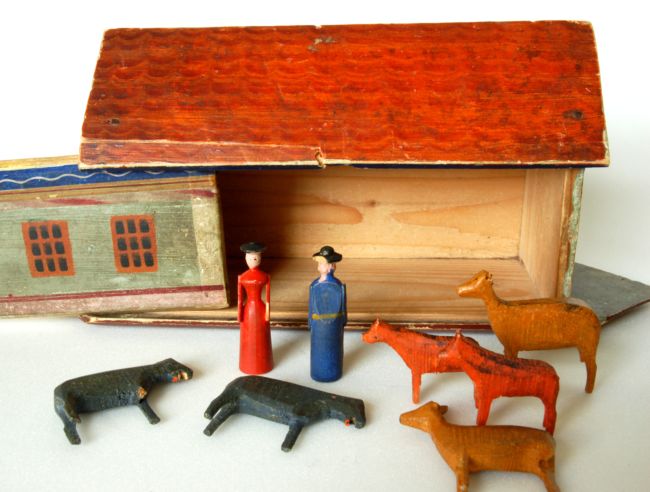 This Victorian Noah’s Ark is made of wood.

Victorian children had parents who thought they should not play with toys on a Sunday - imagine that! One exception was the Noah’s Ark – because the story of Noah comes from the Bible. 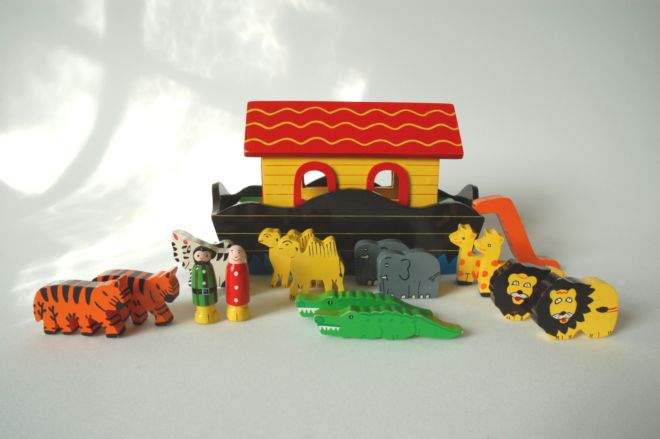 This modern Noah’s Ark is made of brightly painted wood. Which animals can you recognise? Are the animals in the old Noah’s Ark as easy to recognise? 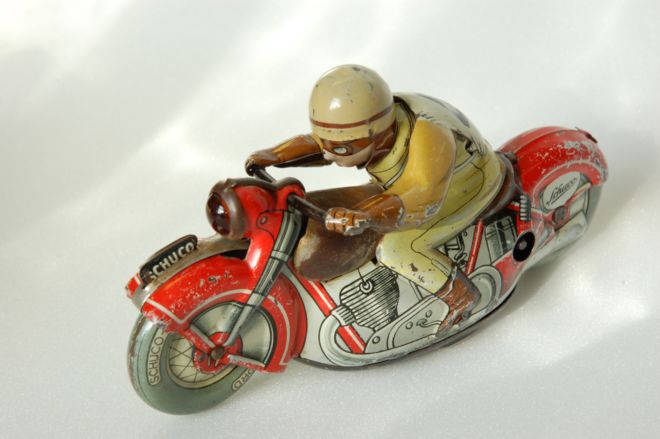 This tinplate, clockwork motorcycle dates from the 1950s. Look at the motorcyclist’s clothes and helmet. 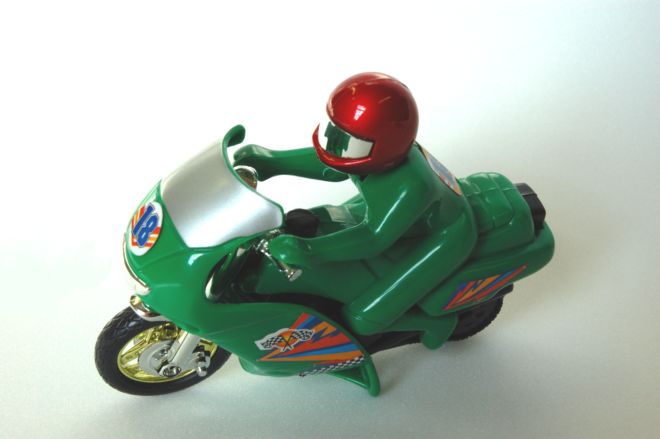 This modern toy motorcycle is made of plastic. Compare it to the motorcycle above. What is similar?  What is different?